‘Friday was the day the sun came out,’ quips immunologist Luke O’Neill at Trinity College Dublin, Ireland. On 29 January, many woke up to news that Novavax’s interim trial data showed 89.3% efficacy for its protein-based Covid-19 vaccine candidate. The trial was conducted in the UK, amidst the new UK variant (B.1.1.7). 29 January also saw Johnson & Johnson (J&J) reveal interim results of 66% efficacy in phase 3 trial of its adenovirus vector vaccine. To cap the day off, the European Medicines Agency (EMA) granted conditional marketing authorisation to AstraZeneca for its vaccine.

Since then, interim results for a phase 3 trial for Sputnik V – with 20,000 volunteers – reported 91.6% efficacy. They also noted signs of reduced disease severity after one shot of this viral-vector vaccine. 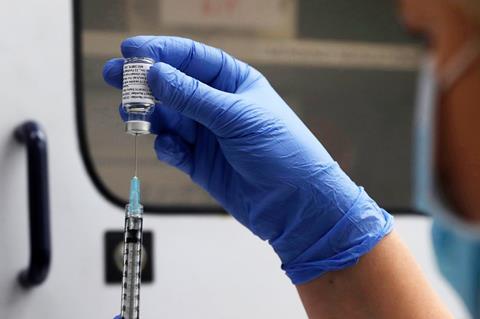 Early data from Novavax had raised expectations for this vaccine. ‘The Novavax vaccines seem to generate really promising results, and it is protein based, so a different vaccine platform,’ comments Sarah Caddy, an immunologist at the University of Cambridge, UK. The placebo group had 55 mild to moderate cases, one severe, against six cases in the vaccinated group. Efficacy against the original strain was calculated as 95.6%, and 85.6% against the UK strain.

Clouding the good news were phase 2b results from South Africa, where 90% of sequenced cases had the new mutant B.1.351, reporting 60% efficacy. The results with variants present are reassuring because the vaccines still work, says Caddy, but the reduced efficacy ‘does raise a warning flag.’

Novavax is a protein subunit vaccine, a proven technology. It consists of a full-length Sars-CoV-2 spike protein made by inserting a gene into a baculovirus, which is then used to infect moth cells. These cells are broken apart and the spike protein purified.

This protein antigen is placed into a nanoparticle, formulated with a proprietary adjuvant, Matrix-M, made from nanoparticles of cholesterol, phospholipid and saponins from the soap bark tree. Adjuvants maximise the body’s immune response to an antigen.

Meanwhile, protection from J&J’s vaccine was 72% in the US, 66% in Latin America and 57% in South Africa, 28 days after a single shot. ‘It is important to emphasise that the [J&J and Novavax] vaccines showed protection against severe disease,’ says immunologist Alessandro Sette, from the La Jolla Institute for Immunology in California, US.

Results from Novavax and J&J raised concerns about new variants. But existing vaccines should continue to work for now, especially those starting with high antibody titres against the spike protein. ‘Even a decline of six- to eight-fold is still in the protective range,’ says Dan Barouch, a virologist at the Beth Deaconess Medical Centre in Boston, US, whose research contributed to the J&J vaccine. Such a fall-off in lab tests was reported for the Pfizer–BioNTech and Moderna vaccines. But efficacy scores can be a distraction. ‘Getting people vaccinated is what will cut numbers,’ explains Danny Altmann, an immunologist at Imperial College London in the UK. ‘I’m not sure we would see an enormous difference in the shape of the curve, whether you mainly use AstraZeneca or Pfizer’s.’ 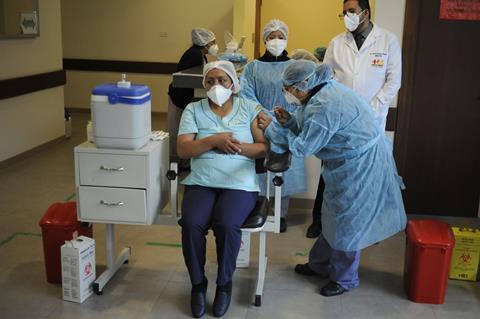 J&J’s results impressed, nonetheless. Its vaccine is based on a replication-incompetent common cold adenovirus, Ad26. Few have antibodies against it, as it is a serotype rarely encountered. ‘It is quite a simple adenovirus construct,’ says Altmann, quite similar to Sputnik V. ‘It is doing the job in one dose, and is way better than I had expected.’

That the vaccine can be stored at fridge temperatures for three months and given as a single dose simplifies logistics. Caddy suspects that efficacy of a one-dose vaccine will fall faster, however. J&J is also running a second phase 3 trial of this vaccine with 30,000 volunteers to evaluate a two shot strategy. Earlier results on a phase 1/2a trial showed neutralising antibodies against the virus in 90% of volunteers on day 29 after the first shot. Antibodies rose by a factor of 2.6 to 2.9 after a second shot.

Spuknik V is based on two different adenoviral subtypes, Ad26 and Ad5, and the new results show that immunity to prevent disease was present within 18 days of the first dose. This protection applied to all age groups, a commentary in Lancet noted.

Vaccines based on inactivated virus is old but proven technology, used for polio, tetanus and hepatitis B. Sinopharm reported 86% efficacy in a trial in the United Arab Emirates and 97% in China with such a vaccine. Immunologists have yet to see much published data, but it has been approved in 11 countries, including Hungary, Serbia and Pakistan. Another inactivated virus vaccine is CoronaVac, approved in five countries, including Brazil and Turkey. An inactivated virus with two adjuvants is also to be trialled and manufactured in Europe by Valneva.

There is uncertainty among immunologists about how these killed virus vaccines will fare against new variants of Sars-CoV-2. Some believe they hold an advantage in presenting a whole virus to the immune system, while others say inactive virus particles will not stimulate a strong T cell response.

Despite the surge of positive news, the three largest vaccine companies – GSK, Merck and Sanofi – have languished in the wake of smaller biotechs like Moderna, BioNTech and Novavax. In January, Merck announced that it would pull the plug on two vaccine candidates after Phase 1 studies. One (V590) was based on a common animal virus engineered to express proteins, used in Merck’s approved Ebola vaccine, and the other (V591) used measles virus as a vector.

A Sanofi–GSK protein vaccine suffered a setback in December, announcing a delay due to an insufficient response in older adults. ‘It’s a bit of a surprise,’ says O’Neill, when asked about the travails of leading vaccine companies. ‘Just shows you how hit and miss the vaccine game can be … You can have all your ducks in a row and it doesn’t work.’ He predicts that big vaccine companies will soldier on and eventually produce successful vaccines.

The pandemic welded some unusual partnerships. Sanofi agreed in January to bottle BioNTech–Pfizer vaccines, with its chief executive estimating that it should provide 100 million doses for the EU by the end of this year. Since then Sanofi announced that it will support manufacturing and supply of this vaccine, with production starting at its Frankfurt facilities in the summer.

Meanwhile, AstraZeneca has been buffeted by controversy in its dealings with the European Commission, with the EU threatening to restrict its vaccine exports in a wrangle over contractual obligations. There were also some misleading headlines about the Oxford–AstraZeneca vaccine not working in those over 55. The EMA said there were not enough results to provide an efficacy figure in this age group, but ‘protection is expected.’ Results from a large phase 3 US trial are due soon.

More positive for AstraZeneca, a preprint of a Lancet paper reported a 67% reduction in positive swabs taken weekly from trial participants who received the vaccine, suggesting it reduced transmission of the virus. The preprint showed the importance of timing in giving the second shot: an interval of less than six weeks delivers vaccine efficacy of 54.9%, but this rises to 82.4% when shots are spaced 12 or more weeks apart.

The flurry of positive vaccine results brings some downsides. New vaccines may find it difficult to launch large phase 3 trials, and the ethics of randomising people to placebo is becoming questionable. It is predicted that equivalency trials will soon be needed, which will involve randomising people to different vaccines, to compare efficacy head-to-head in newcomers.

Companies that started trials earlier have pocketed an advantage, ‘being less compounded by people who had prior exposure to the virus,’ says Altmann. ‘If you include immune people that can muck up the value of data enormously.’ The rampant spread of Sars-CoV-2 will make finding large numbers of people never infected more difficult.

Meanwhile, the South African and Brazilian (P.1) variant mean vaccine makers are now considering making second-generation vaccines against mutant spike proteins. ‘It is likely that there will be future variants as well,’ warns Barouch. ‘This is a game of cat and mouse that will never end,’ says Sette, about viral evolution.

However, Sette highlights a possible silver lining: ‘The virus used the same trick in two different scenarios [Brazil and South Africa], on two different continents, and that gives some hope that the virus has already used the most obvious mutations.’ 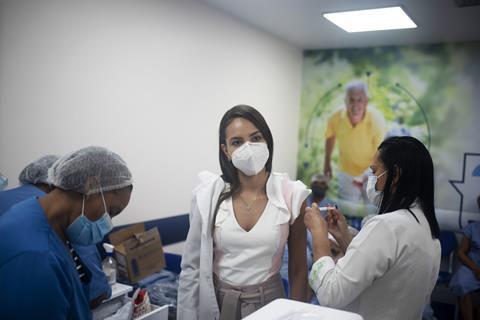 Moderna and Novavax began developing new versions to target variants in January, just in case. But vaccine scientists stress that public health policy has a crucial role in halting Sars-CoV-2 vaccine escape mutants. ‘The most dangerous situation is where you have millions of infected people walking around acting as viral incubators, where the virus is continuously reproducing,’ says Sette. ‘Viral mutations are a numbers game.’ More infections, more mutations.

It is ‘sobering to see that the virus can develop multiple mutations simultaneously,’ says Barouch, which is what happened with the UK, Brazilian and South African variants. ‘It reinforces the need to rollout the vaccine campaign and practice social distancing and mask wearing so we can get the virus under control and prevent the emergence of future variants.’