Review calls for tighter controls on antibiotic use in farming

The Review on Antimicrobial Resistance has labeled antibiotic use in agriculture a critical threat to public health in its latest report and is recommending tighter controls on the practice. 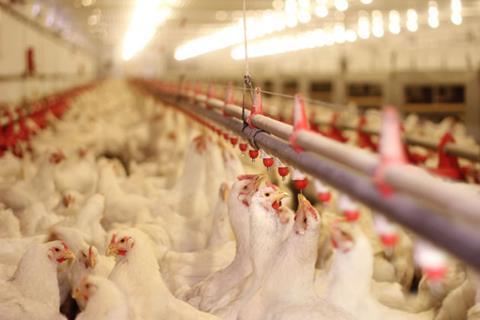 The report recommends using 50mg of antibiotics per kg meat produced; farming industries in 18 EU countries use around three

Far more antibiotics are given to animals than people, even some ‘last resort’ antibiotics, which encourages the spread of antimicrobial resistance. The review calls for an international agreement to tackle the problem and is pushing for legally binding limits for each country. Around 50mg of antibiotics per kilo of livestock or fish is proposed as a target for the most advanced, productive farming. It would be up to individual countries to decide whether to use regulation, taxes or subsidies to effect change.

The review, chaired by economist Jim O’Neill, points to three risks associated with the way antibiotics are used in agriculture. First, drug-resistant disease strains can pass directly from animals to humans, with farmers most at risk. Second, such strains can pass to humans in undercooked meat. Finally, animals excrete bacteria and antibiotics into the environment. A 2011 study found that 75-90% of tested antibiotics were excreted un-metabolised by animals, entering sewage systems and water sources.1

Of the 41 antibiotics approved for use in food producing animals by the FDA, 31 are categorised as important for human medical use. The report recommends that antibiotics of greatest importance to human health should be identified, with priority drugs regulated or banned from use in animals. It is also critical to regulate the use of antibiotics for growth promotion, which encourages antibiotic resistance genes. ‘There is growing evidence to suggest that antibiotics used as growth promoters do not have as much economic benefit as previously thought,’ the report says, ‘particularly in countries with advanced farming techniques.’ A phased reduction would allow for rational use of antibiotics in animals to treat infections.

Denmark, for example, began regulating antimicrobial usage in livestock in 1995. Between 1992 and 2008, Danish swine production increased by 47 percent, while antimicrobial use fell by 51%, from 100.4 to 48.9mg per kilo of meat. The proposed 50mg/kg target would require reductions in consumption for 18 of the 26 EU countries there is data for, including the UK, from the current average of 146.7mg/kg.

‘The time has come to stop disputing figures and realise the same weight gains in animals can be achieved using other means,’ says microbiologist Laura Piddock at the University of Birmingham, UK, who recently authored a paper calling for non-essential use of antibiotics to stop.2 ‘The report here is different because it makes fiscal recommendations. The review team is made up of economists, so they have made suggestions as to how to encourage countries to implement recommendations and perhaps use tax or regulations.’

There are also calls for better monitoring and data collection. The annual consumption of antibiotics in agriculture is unknown, but lies somewhere between 63,000 and 240,000 tonnes. Earlier this year a study predicted global consumption of antibiotics in agriculture will rise by 67% from 2010 to 2030, with BRICS countries seeing a 99% rise, seven times their projected population growth.3 ‘Before that study, there was no global estimate of antibiotic consumption. We put that out there to have a baseline,’ says epidemiologist Thomas Van Boeckel at ETH Zurich, who authored this study. ‘We really lack an international surveillance system.’

He says reliable data exists for developed countries, ‘but where consumption is really increasing at the moment, such as China, India, Vietnam and Thailand, we have absolutely nothing’. There are no official figures being released by veterinary agencies or agricultural ministries in these countries. Van Boeckel says middle income countries experiencing agricultural booms will need more time to meet targets and perhaps financial help from more developed countries to assist with better farm hygiene.