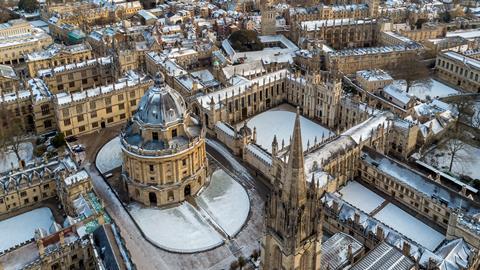 A new institute for antimicrobial research will open at the University of Oxford, UK, following a major donation by one of the world’s largest chemical companies. Researchers at the facility will aim to develop new drugs to tackle antimicrobial resistance (AMR), which is linked to 1.5 million deaths each year.

Last week, the University of Oxford and Ineos revealed plans for the new research centre, which will be supported by a £100 million donation from the UK-headquartered petrochemicals manufacturer. The Ineos Oxford Institute will attempt to discover new drugs for use in animals and humans to try to combat the problem of microbes that are becoming resistant to current medicines – an issue the organisations describe as ‘arguably the greatest economic and healthcare challenge facing the world post-Covid’.

‘This is a wonderfully generous gift for which we are very grateful. It is another example of a powerful partnership between public and private institutions to address global problems,’ said Oxford’s vice chancellor, Louise Richardson. ‘Oxford played a crucial role in the early development of antibiotics so it is only appropriate that we take the lead in developing a solution to antimicrobial resistance.’

In their joint statement on the project, the two organisations noted that deaths linked to AMR could exceed 10 million per year by 2050, with associated economic damage costing more than £70 billion globally.

‘Innovative collaboration between industry, academia and government is now crucial to fight against AMR,’ added Ineos founder and chairman, Jim Ratcliffe. ‘We are excited to partner with one of the world’s leading research universities to accelerate progress in tackling this urgent global challenge.’