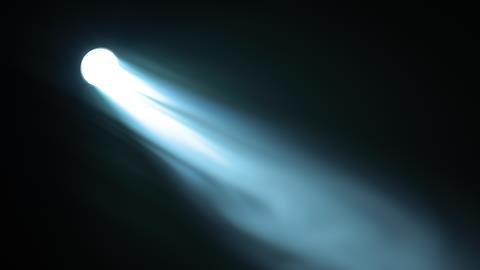 While most synthesis is aimed at making a reaction work, a team at pharma giant Merck & Co has been exploring chemical dark spaces – reactions that don’t work. Relying on robotics for reagent handling and analysis, the team ran over 3000 miniaturised carbon–nitrogen couplings to figure out which compound types give the reaction trouble. This could help both chemists and artificial intelligence programs to better predict reaction outcomes in the future.

‘The lack of negative data in the literature has been killing our attempts at modelling chemical reactivity,’ explains Merck & Co chemist Christopher Welch. Only rarely do researchers report low-yielding reactions, or indeed those that don’t work at all. This means that ‘when a chemist develops a reaction, there is no easy way of predicting if something works or not’, says Imperial College London, UK, catalysis researcher Mimi Hii, who wasn’t involved in the study.

The team around Welch, Spencer Dreher, Huaming Sheng and Shishi Lin decided to delve into this chemical dark space. With the help of an automated high-throughput system, they carried out over 3000 experiments to figure out what problems dog carbon–nitrogen couplings. Catalysed by copper, palladium, or an iridium or ruthenium photocatalyst, the reaction combines an amine with an aryl bromide.

These reactions require additives like ligands or bases, and temperatures between 50 and 100°C – conditions that have so far been difficult to reach on miniature scale, which often relies on flow chemistry or open plastic well plates. Lin worked with engineers to design glass well plates and sealable metal heating blocks. For the first time, the nanomole scale reactions could be run with insoluble components, in low boiling solvents and under visible light irradiation.

Overall, copper seems to deal best with problematic substituents such as alcohols and amines that often poison palladium catalysts. Although some of these insights, says Hii, could have been gained with some chemical intuition, the data revealed some unexpected details. For example, palladium has a clear advantage when it comes to coupling bromoarenes with piperazines. Molecules with several functional groups often turned out to be problematic, even if the individual groups were not.

‘It’s really interesting work – a combination of experiments and big data – but it needs fairly expert technology, which is beyond the scope of many chemists today,’ says Wendy Warr, an expert in cheminformatics who runs a management consultancy in the UK. Hii hopes that facilities like the Centre for Rapid Online Analysis of Reactions will help chemists get access to similar state-of-the-art equipment.

‘Once you have found out that certain things don’t work then you can start looking at why,’ says Warr. This, Dreher says, is where machine learning tools come in. They can dig down into the data and extract reactivity rules from a molecular perspective. ‘I think this work clearly shows that a massive large-scale attack on developing a deeper understanding of chemical reactions is experimentally feasible,’ says Welch.