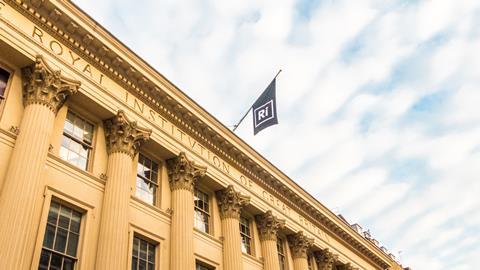 Just five years ago, the Royal Institution (RI) was in dire financial straits. Struggling with a deficit of more than £7 million, it was contemplating selling its historic Albemarle Street home to raise the cash to pay off its debts.

But after a mammoth effort to overhaul its finances the organisation has turned things around. The RI is now debt free and has just reported an operating surplus for the second year in a row, of £280,000 for the 2016–17 year.

The RI has also refined its strategy and has a clearer purpose, according to Michael de Crespigny, its director of finance and chief operating officer. ‘This has been a long-term turnaround and it’s been based on a combination of measures,’ de Crespigny tells Chemistry World. ‘Ultimately it’s been about being better organised and more business-like, and about increasing the scale of our activities that generate a commercial return, without compromising our charitable education and outreach objectives.’ He adds that the organisation has increased its public engagement activities and now works with a greater number of corporate partners.

The RI’s troubles drew public attention in 2013, when it was revealed to be considering selling the London building that has been its home since it was founded in 1799.

An outcry ensued and disaster was ultimately avoided with an anonymous one-off donation of £4.4 million that allowed a £3 million loan to be paid off, buying time to draw up a new financial plan that focused on clearing the remaining debts and developing a more sustainable business model.

In the following years, there was a focus on increasing money-making activities such as ticketed public events. ‘We have increased the number of public events we put on at the RI and have more people coming to more events,’ says de Crespigny, adding that events bring in around £800,000 a year.

The RI also auctioned off some of its books in 2015 to raise money, and now rents out the ground floor of its building to retailers. As an independent charity, it doesn’t receive any government funding.

Now, over half of the RI’s £4.1 million total annual income comes from commercial training including venue hire, and another £800,000 comes from fundraising. The introduction of a Patrons scheme two years ago has led to high level contributions that have boosted this figure. The number of members has also increased, contributing £200,000 to the 2016–17 total through fees.

‘It’s been a long-term project, which isn’t over yet. We have a plan in place to replenish endowment funds, for example,’ says de Crespigny. He says that the organisation is keen to continue growing, and wants to attract new sources of funding to ensure its public engagement activities can continue.

‘There is a great deal of affection for, and goodwill towards, the RI, based on our heritage,’ says de Crespigny. ‘We couldn’t have put the RI on a more sustainable footing without the commitment of our supporters.’