Sputnik V to be approved without large human trial data

Russia’s unexpected authorisation of a largely untested Covid-19 vaccine has shocked researchers. Full scale production of the vaccine is to begin in September, with initial doses going to healthcare workers and vulnerable populations, followed by national rollout in January 2021.

The vaccine, developed at the Gamaleya Research Institute in Moscow, has apparently been tested on just 76 people. No data from animal or clinical studies have been published on potential efficacy or safety. 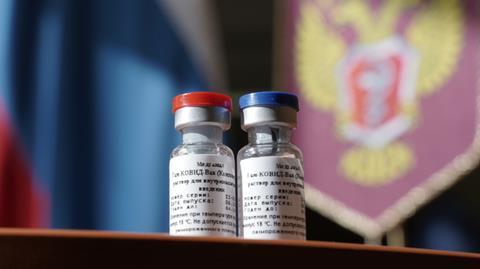 Rolling out the Sputnik V vaccine without the normal trials is a spectacular gamble when it comes to both its effectiveness at preventing the disease, and its potential for side effects

This is in stark contrast to even the most accelerated clinical programmes for other vaccines, in which phase 3 trials will recruit tens of thousands of volunteers to try and establish safety and effectiveness. Such large trials are also needed to spot uncommon side effects, which can quickly become a serious issue when a vaccine is given to millions of people. ‘Vaccine trials are harder to do in terms of safety and effectiveness because you must wait for people to get exposed,’ says epidemiologist Daniel Salmon, director of the Institute for Vaccine Safety at Johns Hopkins University, US. ‘It is really in phase 3 trials where you get a much better understanding of safety.’

Vaccines shouldn’t be the domain of Cold War political dispute

President Vladimir Putin’s televised announcement of the approval, dubbed Sputnik V, has an air of political point-scoring to it. ‘Putin says he will give it to other countries in October or November, which is just as we have our elections [in the US],’ says Hildegund Ertl, vaccine researcher at the Wistar Institute in Philadelphia,US, who is suspicious of this timing. ‘[Donald Trump] keeps saying we will have a vaccine by November.’ She hopes that the US and other countries will not tolerate political pressure on scientists to rush approval of vaccines. ‘Vaccines shouldn’t be the domain of Cold War political dispute,’ agrees Danny Altmann, immunologist at Imperial College London, UK. ‘This is incredibly unhealthy. The [potential] downsides are spectacular at every level.’

The Gamaleya vaccine trial used human adenoviruses to deliver RNA encoding the viral spike protein. The official website for Sputnik V describes its adenoviral vector technology as having been in development since the 1980s, with numerous studies showing effectiveness and safety. However, while Russia licensed vaccines using adenoviral vectors for Middle East Respiratory Syndrome (Mers) and Ebola, there were no large phase 3 studies for them. ‘Neither the adenovirus vectors nor the RNA vaccine have been licensed for any disease [in Western countries],’ notes Ertl. ‘Some have undergone large scale clinical trials, but we have zero experience in mass vaccinations.’

The Russian vaccine uses two different viral vectors, human adenovirus type 26 (Ad26) in an initial dose, and human adenovirus type 5 (Ad5) in a booster three weeks later. Both normally cause common colds, so a proportion of people will already have antibodies to them. That may lessen the vaccine’s effectiveness at stimulating an immune response against the Sars-CoV-2 virus. Ad26 is the same vector being employed by Johnson & Johnson (J&J), while China’s CanSino Biologics is using Ad5.

In principle, Ertl likes the Russian approach of using two vectors. ‘It has a chance of being efficacious, and a reasonable chance of being safe. I just wish they would do a phase 3 trial like everyone else,’ she says. ‘It would take them another two or three months and then I would say great, wonderful job. But this way, I am just shaking my head, like every other scientist in this country.’

If the Russian gamble fails, it could damage public acceptance of other Covid-19 vaccines. ‘If there is a surprise, an adverse reaction which shows up once you inject 20,000 people, then people who wanted the vaccine will change their minds and we will never get a handle on this pandemic, until we have herd immunity in about 20 years,’ says Ertl. Such a failure could also impact acceptance of the vaccines that share the same vectors.

Salmon says he is not worried about European or US regulators pushing the limits in terms of vaccine safety, but has concerns about politicians who ‘don’t always appreciate the value of science’.