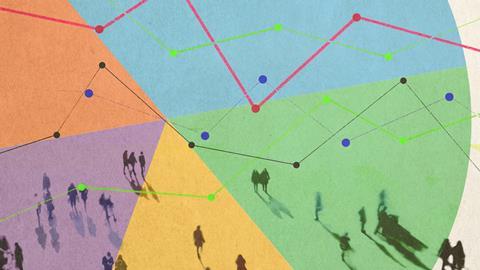 ‘To be able to serve your communities as a Stem organisation, you have to know who they are,’ says Nicholas Burnett from the University of California at Davis, US. ‘If you’re not collecting data that accurately describes who the people are, then you can’t really provide truly helpful resources.’

A team around Burnett found that more than 60% of Stem societies capture data on gender identity, and race and ethnicity – but only 15% ask their members or conference attendees for information on sexual orientation or disability status. ‘That’s the most shocking result,’ Burnett says. Even fewer organisations – 6% – survey members on marital and family status or veteran status, and none survey people’s religion.

This shows that many Stem organisations are not recognising entire groups of people including LGBTQ+ and disabled scientists, despite plenty of evidence that both groups experience discrimination and underrepresentation. 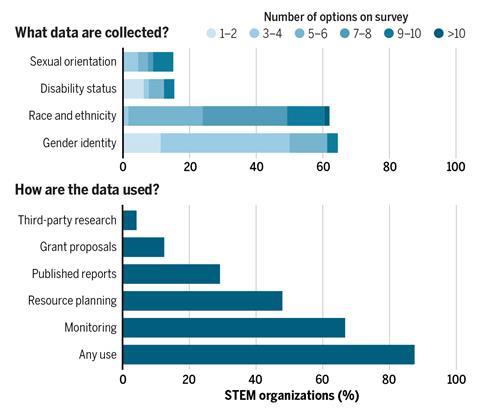 The number of choices given in society surveys also varies greatly. Some organisations might offer only two options for gender identity (man or woman) or disability (yes or no) while others have up to five times as many options. In the ethnicities, numerous distinct Asian groups are often merged into one.

Not giving enough options risks erasing people’s identities or might stop individuals from responding to surveys. Making options more inclusive and granular might also help societies provide tailored resources or funding opportunities rather than running a single event aimed at all underrepresented groups, Burnett points out.

His team urges organisations to look at multiple national survey programmes for ideas. The National Science Foundation, on which many societies’ surveys are modelled, doesn’t ask about sexual orientation, whereas the Center for Disease Control and Prevention does. The latter is also better at collecting detailed information about race and ethnicity, Burnett says.

Rajendrani Mukhopadhyay, who leads the American Chemical Society’s (ACS) office of diversity, equity, inclusion and respect, calls these recommendations ‘solid’ and ‘actionable’. The ACS wasn’t one of the organisations Burnett’s team surveyed.

But organisational traditions, routines and restrictions can make it difficult for societies that want to change their data collection practices, Mukhopadhyay says. ‘Attitudes are another set of barriers, which can include false assumptions, as well as concerns and fears around information privacy and data safeguarding.’

Burnett is hopeful, however, saying that most societies the team talked to during the course of their work were very interested in improving. While they often lack the funds and social science expertise needed to make changes, he suggests that wider cross-society collaboration could tackle these issues.

‘The current state of it is that the overrepresented groups are the ones making all the decisions on who is recognised and who are we trying to help,’ Burnett says. ‘That needs to change.’