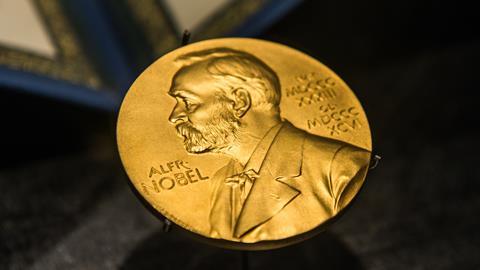 With only two weeks left until the 2022 chemistry Nobel prize is announced, Web of Science provider Clarivate has published its citation laureates – researchers whose work ranks among the 0.01% of most highly cited publications.

Zhenan Bao from Stanford University, US, was selected for her work on flexible electronics and electronic skin, organic and polymeric electronic materials that have made applications in soft robotics, prosthetics, artificial intelligence and health monitoring possible.

Clarivate also singled out US-based scientists Bonnie Bassler at Princeton University and Peter Greenberg at the University of Washington for their discovery of quorum sensing, an intercellular chemical communications system that allows bacteria to detect and respond to cell population through gene regulation. Bassler was one of the recipients of a 2022 Wolf prize in chemistry, alongside bioorthogonal chemistry pioneer Carolyn Bertozzi and Benjamin Cravatt, who developed activity-based protein profiling. Winners of a Wolf prize have often gone on to become Nobel laureates.

Finally, Daniel Nocera from Harvard University, US, was selected for his research into proton-coupled electron transfer. The mechanism is important for many biochemical processes including photosynthesis, nitrogen fixation and oxygen reduction. Its study could eventually lead to artificial photosynthetic systems.

Now in its 20th year, Clarivate’s analysis has been surprisingly accurate, with 64 citation laureates having gone on to receive Nobel prizes, including 10 chemistry citation laureates. Among them are the 2020 winners Jennifer Doudna and Emmanuelle Charpentier, and one of the 2019 laureates, John Goodenough. All three of them were citation laureates in 2015.

Chemistry View’s poll, which has so far received around 350 votes, predicts this year’s prize will go to a biochemist. Protein folding in particular seemed to be on people’s mind with multiple votes for the biochemical pioneers Franz-Ulrich Hartl and Arthur Horwich. AlphaFold developer John Jumper was one of the most suggested people, alongside Bertozzi and mteal–organic framework pioneer Omar Yaghi. Nucleic acid researcher Shankar Balasubramanian, Krzysztof Matyjaszewski, discoverer of atom transfer radical polymerisation, and Demis Hassabis, co-founder and chief executive of DeepMind, which developed AlphaFold, were among the other individuals whose names popped up multiple times.

Just like last year, bioorthogonal chemistry/click chemistry is, with almost 42% of the votes, leading the Twitter poll run by Stuart Cantrill, editorial director for Nature’s physics and chemistry journals. A prize for this field, tweeted Cathleen Crudden, is ‘way overdue’. However, she agreed with Florence Williams and others that one person deserving of the honour is Katalin Karikó who developed the mRNA technology that many Covid vaccines are based on.

The 2022 chemistry Nobel prize will be announced on Wednesday 5 October. Chemistry World will be tracking all the developments that day before and after the prize is announced at 10.45am BST.