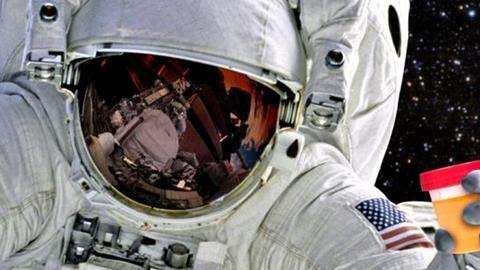 A strain of yeast that can recycle urine and carbon dioxide into omega-3 fatty acids and polymers has been developed by US scientists, who say it could help astronauts turn waste products into food on long interplanetary journeys.

Biomolecular engineer Mark Blenner from Clemson University in South Carolina presented the work at the 254th American Chemical Society National Meeting and Exposition in Washington, DC, as part of a broader session on getting people to Mars.

Our yeast not only grow on human urine, they actually prefer it to other nitrogen sources

Blenner’s research focuses on the yeast species Yarrowia lipolytica whose cells naturally produce and accumulate omega-3 fatty acids. He says that these products could be used as nutritional supplements for astronauts, as they’ve been implicated in preventing bone loss and maintaining cardiovascular and ocular health, but don’t have a long enough shelf life for adequate supplies to be brought from Earth. His group showed that the yeast could grow using human urine as a source of nitrogen, something that there would be a plentiful supply of on manned space missions.

‘Our yeast not only grow on human urine, they actually prefer it to other nitrogen sources,’ Brenner says. His group have also used synthetic biology to engineer a strain of the same yeast to produce polyhydroxyalkanoates, which shows they have the potential to manufacture polymer inks that could be used to fabricate objects in a 3D printer. In particular, he said this could be very useful in situations where an astronaut has lost a tool or a piece of equipment that they need.

Blenner admits they don’t currently know ‘how the biology would react to being in space’. But in the meantime there are several more terrestrial applications they can explore, such as producing omega-3 supplements for fish farms and making other speciality chemicals. He says the next step is for his team to demonstrate that they can get usable quantities of both the polyesters and the omega-3 fatty acids from these astronaut waste stream. ‘We are going to be doing genetic engineering to the cell to really try and force it to make the products that we want, by knocking out certain pathways that might syphon off intermediates,’ Blenner explains. The team is also still at the early stages of characterising how the yeast go about taking up a lot of these waste substrates. We haven’t really done a full analysis yet of what’s left over to try and see if there is any way to get the yeast to use some of the leftovers,’ he says.