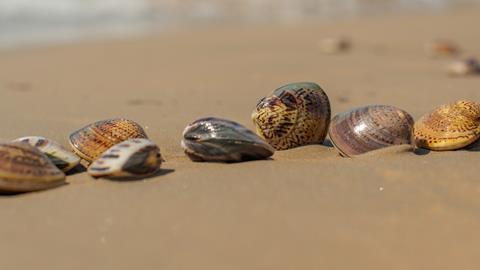 Surprise discovery as clam found to be producing complex antibiotic

A clam has been found to be synthesising erythromycin, making it the first known animal to make such a complex antibiotic.

Erythromycin had been thought to be made by only actinobacteria. Now, it seems that the Asiatic hard clam Meretrix petechialis can make it to defend itself from infection in its muddy marine habitat.

The researchers began by searching for genes in the clam that changed their expression before and after an infection. They identified a gene encoding an enzyme (erythronolide synthase, ES) involved in the formation of an intermediate compound in the biosynthesis of erythromycin. 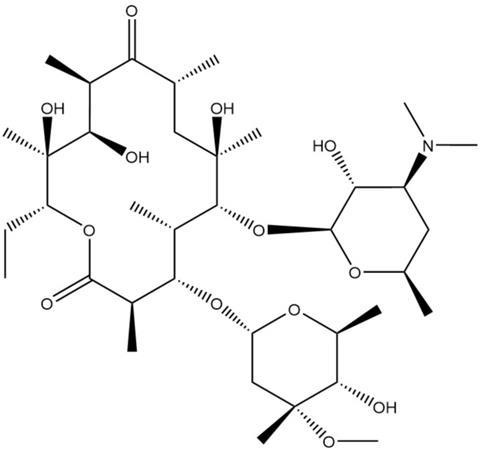 Erythromycin was previously thought to be made by just actinobacteria

‘The discovery made us wonder if erythromycin is synthesised in the clam,’ explains Xin Yue, a marine biologist at the Chinese Academy of Sciences in Qingdao. As the erythromycin is made by an animal tissue, the discovery opens the door to genetically engineering animals to make their own antibiotics, she adds.

The researchers demonstrated that specific mucus-rich cells beneath a fleshy mantle made the compound. This mantle acts as a cloak that covers other soft body parts and is in direct contact with the environment. Erythromycin is likely secreted into the muddy, bacteria-rich habitat where the clam lives.

Invertebrates don’t have a sophisticated immune system, notes Margaret McFall-Ngai at the University of Hawaii, an expert in microbial interactions with marine molluscs, who contributed to the research. ‘Often they maintain very simple interactions with the microbial world – either they associate with a few species, or they just say no.’ Erythromycin may be one way for a clam to say no.

Some clams can live for centuries, despite living in microbial-rich sediments, so they must be well defended. But while marine invertebrates are known to produce an arsenal of chemical defenses, microbial symbionts often make them.

Therefore, the researchers strived to show that the clam was responsible for making erythromycin – not bacteria. High-performance liquid chromatography coupled with mass spectrometry, immunocytochemistry, imaging with transmission electron microscopy and fluorescence in situ hybridisation (Fish) were all deployed to build the case for the antibiotic having animal origins.

Immunocytochemistry revealed the presence of erythromycin (green) in clam tissues

‘This is quite astonishing work,’ says Martin Grininger, a biomolecular chemist at Goethe University in Frankfurt. ‘It is often difficult to say where synthesis comes from, whether it is coming from bacteria living within the eukaryotic system or from the [animal] itself. They addressed this in as yet unmatched detail and I have no doubt it is [made by the clam itself].’

The localisation of erythromycin by the Fish experiments were especially convincing, as was synthesis suppression with RNA interference, adds Grininger. He says that the production of a 2MDa protein complex, comprising multiple polypeptides, that involves more than 20 catalytic steps by a clam is ‘amazing’.

This ability to make erythromycin, via a route entirely different to actinobacteria, was shared by a related hard clam species, Meretrix lysate. ‘This is the exact same molecule as made by the actinobacteria, but it goes through a different set of genes that arose within the clam,’ says McFall-Ngai. She notes that there has been a paucity of research into invertebrate defense compounds.

Yue adds that they sequenced the genome of the clam to confirm that the ES gene is present. ‘We are interested in [the] origin of the gene, and we will carry out further evolutionary analysis,’ she adds.

Grininger says final proof ‘requires full genome sequencing of the clam’. Not everyone is convinced yet, however. ‘This is a huge claim,’ notes David Sherman, a medicinal chemist at the University of Michigan. ‘I don’t see the genome sequencing data and full set of ery biosynthetic genes … necessary for it to be convincing.’