Ian Seiple plans to create a new arsenal in the fight against antibiotic resistance. Last year, working under Andrew Myers at Harvard University, US, he was the lead author in a paper that explored a way to synthesise macrolides using a series of simple chemical building blocks. Now at the University of California San Francisco, US, he explains why this field could help turn the tide against what the World Health Organization considers one of the biggest threats to global health. 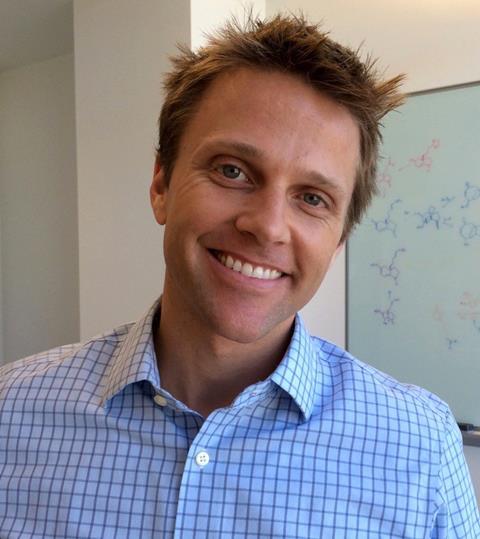 ‘Many of the antibiotics we have today are based on natural product scaffolds,’ Seiple says. ‘These are the result of millions of years of evolution, with microorganisms battling each other in competition for resources, making chemical weapons to defend themselves. The majority of these types of natural products, such as erythromycin, were discovered in the 1940s and 1950s. For the subsequent 65+ years the predominant way people tried to improve on them was to start from natural products that were obtained by fermenting the producing organisms, with the whole chemical scaffolds intact, and make minor alterations to make them better for human use.’

While this technique – semi-synthesis – led to widely used antibiotics such as azithromycin and clarithromycin, it has a key problem: you’re starting with a complex chemical structure, which means it’s difficult to modify it. ‘It’s like remodelling a house compared with building a house from the ground up,’ Seiple explains. ‘What we wanted to do with the macrolides was build them from the ground up, from simple chemicals in the laboratory.’

Seiple was no stranger to complex molecule synthesis: his PhD supervisor was Phil Baran, whose work at the Scripps Research Institute, US, has led organic chemists to rethink their approach to synthesis. Taking this knowledge to Harvard, Seiple and his colleagues developed a technique that allows macrolides to be assembled from scratch using eight simple molecular building blocks. ‘Then what we could do was switch in new building blocks never included on the macrolide structure, and learn what happens when you modify these novel positions in the scaffold. There are a lot of benefits to this general route. It allows us to garner a lot of knowledge of structure–activity relationships. While we tried to rationally design specific analogues to overcome resistance, we also approached this more generally saying “let’s just modify every site around the ring and find out the activity of each of these analogues against pathogenic bacteria.” That teaches you what is tolerated by the scaffold and what it tolerated by the bacteria.’

Bacteria have not stopped obeying the law of evolution

By the time of the Nature paper, Seiple and colleagues had synthesised and tested more than 300 analogues using their technique. However, he is quick to highlight the work builds on the effort of previous chemists – and couldn’t have been done before. ‘Erythromycin, the flagship macrolide antibiotic, was first synthesised by Robert Burns Woodward in the late 1970s. His route was over 50 linear steps with an overall yield of less than 1%. But that was an amazing synthesis – it was pushing the boundaries. We were not aiming to make erythromycin, but for our macrolide analogues we were able to bring the step count down to somewhere around 10 steps from any given building block. The overall yield was up to 40%. A lot of this was enabled because chemistry has improved significantly in recent decades. If I had tried this [approach] 28 years ago, I and my colleagues wouldn’t be able to do this at all. It’s due to the continued advance of chemistry.’

‘Macrolide Pharmaceuticals, [a company founded by Myers in 2015], based on this route, has synthesised over 800 analogues and their major goal is to improve activity against resistant bugs and broaden the spectrum to make macrolides more efficient against Gram-negative bacteria.’

Despite this spark of hope in the war against antibiotic resistance, there are still some hurdles to overcome, Seiple admits. ‘The lack of antibiotics in the pipeline is a major risk to human health. It’s not because anyone is twiddling their fingers, it’s because it costs a lot of money to push these drugs to a lead compound and through the clinic. Our pipeline is very dry, and bacteria have not stopped obeying the law of evolution. There will continue to be more and more drug-resistant strains and the number of antibiotics we were introducing has been steadily declining.’

‘There are a lot of alarming statistics about where we are going to be if we don’t prepare new antibiotics now. The resistant bugs that are rare now are going to dominate infections in a couple of decades.’ Millions of years of evolution led to erythromycin. Now we only have a couple of years to improve it before the bacteria strike back – and natural product synthesis may be our best hope of overcoming antibiotic resistance.