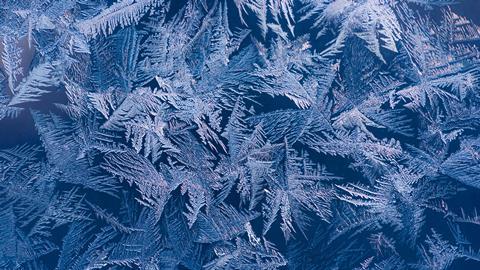 The Mpemba effect: fact or fiction?

If you put both hot and cold water in a freezer, the hot water (allegedly) takes less time to turn to ice. This is the exact opposite of what science tells us should happen. It’s a weird behaviour known as the Mpemba effect – and it’s been the centre of a scientific argument for 50 years.

Where does the Mpemba effect come from?

The effect is named after its discoverer – Erasto Mpemba, who as a teenager went to school in Tanzania in the 1960s. During cookery lessons, he was taught to make ice cream by heating milk and sugar together on a stove, then leave the mixture to cool before putting it in the freezer to set. Mpemba noticed something weird: when he put the hot mixture straight into the freezer it was ready faster than if it was left to cool down.

When he asked Denis Osborne, a physicist visiting the school from the University College in Dar es Salaam, why this might happen, he was sniggered at by his teachers and schoolmates. But Osborne agreed to help him and carried out similar tests under laboratory conditions back at the university. He confirmed Mpemba’s original observations and the pair published a paper together in 1969.

It’s a nice story. Is the effect real?

Scientists don’t actually agree on whether or not the effect is actually a thing, let alone what might be the underlying cause.

The studies in Mpemba and Osborne’s paper recorded dramatic differences in the freezing time between hot and cold water that no experiments have been able to recreate since. Nevertheless, scientists from various fields say they have observed the effect, and for many years it was an accepted scientific phenomenon. In 2012, there was a spike in interest among both researchers and the public when the Royal Society of Chemistry launched a public competition, challenging participants to explain its cause.

But the ‘no’ camp fought back. A recent paper by Henry Burridge and Paul Linden at the University of Cambridge, UK, concluded there is ‘no evidence to support meaningful observations of the Mpemba effect’. They think that the phenomenon people claim to observe is actually a red herring caused by slight inaccuracies in measurement. They worked out, for example, that a 10% inaccuracy when measuring the thermometer’s height when taking the water’s temperature could trick someone into thinking they had observed the Mpemba effect.

The paper’s conclusions were quite controversial, and a lot of scientists are reluctant to abandon their belief in the effect just yet.

How come we don’t know?

The effect is much harder to measure than you might think. Mpemba effect experiments can give completely different results, even when procedures are repeated with exactly the same conditions.

Wait. It’s just water freezing. Is it really that complicated?

Ha. Science is always complicated. One problem is that a lot of what people argue about the definitions – for example, when we say ‘freezes faster’, are we talking about the time it takes for something to reach freezing point, the time it takes to totally freeze over, or somewhere in between?

Burridge and Linden’s paper looked at the time at which water samples reached 0°C. Others say the phase change from water to ice is an important part of the effect and you must measure the time until it freezes solid.

Water is a peculiar substance and there are a lot of things going on when it freezes. The nucleation of ice crystals, supercooling and evaporation have all been put forward as things that can affect the behaviour of hot and cold water. It seems that because of all the different variables at play, subtle variations in the experimental technique can lead to huge differences in the results that are observed. The conditions influencing the effect appear to be very difficult to control.

A new piece of research suggests the effect could be affected by a property that describes the kinetic energy of water particles called kurtosis, which is influenced by how a sample is treated prior to the experiment. The researchers suggest this could explain some of the controversy around measurements.

Does it really matter?

Burridge and Linden pointed out that if the Mpemba effect was a reliable, repeatable and measurable effect it could potentially have implications for some industrial processes (ice cream production, perhaps?).

However, as people don’t currently agree on whether it exists or not, it currently can’t be exploited in this way – and as long as the effect remains a mystery, scientists will continue to seek an explanation.