Glove boxes offer chemists a way of performing air-sensitive reactions, but often at the cost of time and resources. Now a Swiss company has launched a wax pill that may forego the need for them entirely and offer a quick way to screen chemicals. The paraffin tablet contains an air-sensitive catalyst or pyrophoric reagent that can be dropped straight into a solvent ready for a reaction. 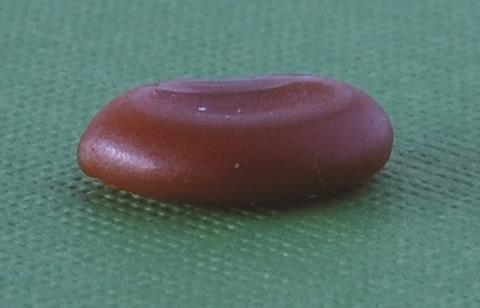 The catalyst is held in an air-stable wax tablet

Discovery chemists often have to screen thousands of drug molecules in a bid to find the next big thing. In doing so, they depend on a small set of reactions to unlock these vast libraries. One such reaction is olefin metathesis, where carbon–carbon double bonds are exchanged between alkenes. The process relies on metal catalysts, such as molybdenum and tungsten complexes, which are air-sensitive, with chemists having to carry out the reaction in a glove box to prevent it being ‘spoiled’. But such a setup can prove time-consuming and cumbersome.

‘In the past couple of years, we have developed this paraffin technology, which we prepare in our labs in Budapest as a way to address this problem,’ says Amir Hoveyda , a chemistry professor at Boston College and co-founder of XiMo. ‘The catalysts, I should say complexes, are contained within these paraffin tablets and they can be used very easily.’

The company, which was also co-founded by the 2005 chemistry Nobel laureate Richard Schrock, has mixed a molybdenum or tungsten complex catalyst with paraffin to form a wax pill. The chemical is uniformly distributed throughout the pill, which helps to stop air and moisture spoiling the catalyst. Once the wax is added to a reaction vessel, it can be gently heated to release its contents.

If it is easier to run experiments, the chances of unexpected discoveries will increase

Steve Buchwald and his colleagues at the Massachusetts Institute of Technology, US, developed a similar technology last year, albeit with a reagent stored in a wax capsule. But the group had also looked into dispersing a chemical throughout a solid wax, with mixed results.

‘The decomposition of a catalyst can be, in some sense, autocatalytic,’ says Douglass Taber from the University of Delaware, US, who has worked on reagent preservation in wax. He explains Buchwald’s group found that if some of the catalyst lies on the pill’s surface, the rest of chemical could be spoiled when it is exposed to air, like a ‘bruise on an apple’. 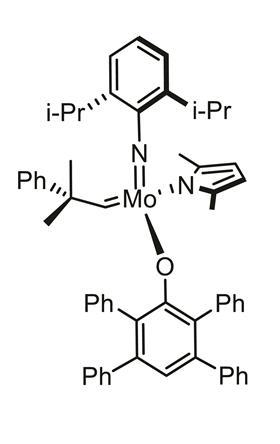 The molybdenum complex held in the wax

There are manufacturing issues as well, according to Taber. ‘The issue here is ease of production and, of course, having a reliably homogeneous product,’ he says. ‘It’s important that [the wax] has a soft range because then you can kneed it into homogeneity – you can mix it, but it won’t settle.’ Irrespective of these challenges, XiMo has now successfully commercialised the technology.

‘We have now expanded this to other very useful reagents … that organic chemists use, and would like to use, but they are maybe a bit more problematic to handle,’ comments Hoveyda. One such reagent is triethylaluminium, a pyrophoric material.

For Hoveyda, the pill will allow discovery chemists to quickly and reliably screen compounds, without spending time setting up experiments in a glove box. It’s a point John Chan, head of Aspira, the chemicals firm selling XiMo’s product, is keen to stress: ‘It just makes the handling and use of these air-sensitive materials more easy for the practitioner at the bench.’

Aspira is targeting the product at research bodies keen to use such catalysts in high throughput screening campaigns. But although the benefits are clear, the company is realising there will need to be a culture shift. ‘We’re [encountering] the challenges of people trying to or being comfortable with the notion of using these pills,’ says Chan. ‘But I really think that once the adoption curve moves faster, it will be the way people do things in the future.’

‘If it is easier to run experiments, the chances of unexpected discoveries will increase,’ Hoveyda concludes. ‘It increases compounds people should be making, not compounds that they can be making.’