Google employs researchers they call quantum engineers, who are striving to extend the company’s dominance of just about everything by giving it quantum computers. But, as with several other forms of engineering, it’s possible that nature got there first. Quantum biology is a field predicated on the idea that quantum mechanical effects have a role in the mechanisms of molecular biology: that life itself involves a kind of quantum engineering.

This catchy idea entails more than the self-evident truth that all molecular phenomena, whether biotic or abiotic, have at their root a quantum mechanical basis. Rather, it supposes that exotic, uniquely quantum mechanical behaviour – such as tunnelling, superposition and entanglement – plays a key part in some cell processes. These types of behaviour are, in non-living and artificial systems, generally fragile and seen only in special conditions – at low temperatures in a high vacuum – where disturbances from the environment are largely suppressed. But might evolution have found clever ways to sustain and exploit them in the warm, wet environment of the cell? 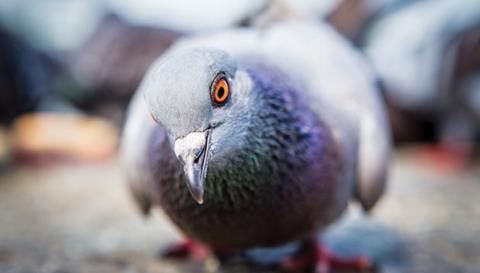 We don’t have any good evidence for that. In arguably the one clear example of quantum effects in biology, namely the tunnelling of protons and electrons in enzymatic reactions,1 there is still dispute about whether these effects are incidental (proton tunnelling and delocalisation is very widespread, happening in liquid water too) or tuned by evolution.

Another of the prize exhibits of quantum biology is coherent energy transfer in the photosynthetic reaction centre of bacteria and algae. The original proposal was that the excitons – electronic excitations following photon absorption by chromophores – are in the same kind of quantum-coherent state that researchers are trying to achieve and maintain between the qubits of a quantum computer.

In this view, the reaction centre supports a superposition of excitons, in a way analogous to how a quantum computer will create superpositions of all possible solutions to a problem, to find the most efficient energy-transfer route. It now seems that the issue is more complicated; if coherence is involved, it might not be of quite the same stamp as that of a quantum computer.2

Another poster child of quantum biology is the notion that quantum effects enable the magnetoreception of migrating birds. These birds have a remarkably accurate magnetic compass, which is thought to involve the light-activated production of a pair of free radical species (the flavin adenine cofactor and a tryptophan group) in cryptochrome proteins of the retina.3 In some manner, the story goes, the sensitivity of the free radical reactions to the geomagnetic field sets up a sort of biochemical compass,4 but it’s not been clear how a free-radical reaction can attain such sensitivity. Now, Peter Hore of the University of Oxford, UK, and his co-workers have proposed a model that might explain it.5

[[If the idea is right, though, is this quantum biology par excellence?]]The idea is predicated on the free radicals existing with the spins of the unpaired electrons oppositely oriented (a singlet state) for more than 1µs. The longer the free radicals remain in this spin-coherent state, the more sensitive their reaction to the orientation of the protein, relative to an applied magnetic field (such as the Earth’s). The reaction yield dips sharply at an orientation of 90°, and thus acts as a delicate sensor of direction. Ultimately, this could produce a visual sensation – evident to the bird as a bright spot, which gets sharper as the coherence time lengthens. The bird then follows this visual cue to navigate.

Of course, it’s one thing to show this in a nice clean simulation of the two isolated molecules, and quite another to make it viable amidst the hum and buzz of a cell. The researchers know this and estimate that, for a directional sensitivity of ±1°, the noise level for a coherence time of 1µs must be about 40 times smaller than that for 10µs. To put it another way: the required sensitivity for the shorter coherence time could be achieved by using a longer sensing period or deploying more cryptochrome sensors.

The mechanism seems viable in principle. Verifying it in practice won’t be easy. Hore and colleagues say that we should expect to see some special features in a cryptochrome evolved to act as a free-radical compass: there are four such proteins in birds, and it’s not yet known which could be the magnetic sensor.

If the idea is right, though, is this quantum biology par excellence? Actually, that’s not clear either. For one thing, the spin dynamics of these free radicals might be adequately described with a semi-classical model, treating the spins rather like little magnets. But the ‘spike’ in reaction yield as a function of orientation does demand a quantum explanation: it’s a consequence of the mixing of distinct energy levels. Would that make it quantum biology? One could argue that this, like pretty much all the other quantum-biological candidates, is better described by a more familiar term: quantum chemistry.