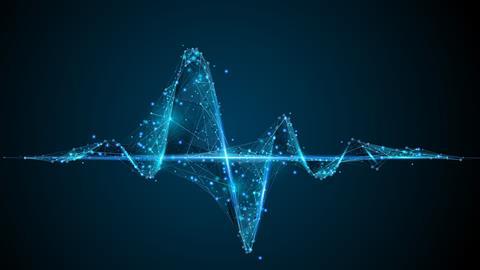 A method to detect quantum beats – extremely short-lived oscillations between spin states in a radical pair – has been invented by researchers in Germany and Russia. Being able to observe quantum oscillations directly could help scientists unravel how a migratory bird’s magnetic compass works, which is believed to be based on a radical pair mechanism.

A radical pair is a system, two molecules for example, with two unpaired electrons. Electrons behave like microscopic magnets, possessing a quantum mechanical property known as spin that gives them a magnetic moment. The spins of two unpaired electrons can be either antiparallel (singlet) or parallel (triplet) to one another.

Most molecules are singlets, although molecular oxygen is a notable everyday exception. When they create a radical pair, the pair is also singlet. But it doesn’t remain like that for long. The unpaired electrons interact with the tiny magnetic fields of surrounding nuclei, which causes them to flip between singlet and triplet states – a phenomenon known as quantum beating. ‘This kind of quantum beat kinetics is rather exceptional because chemical kinetics is usually always monotonically approaching some equilibrium state,’ explains Ulrich Steiner from the University of Konstanz, who led the study together with Christoph Lambert from the University of Würzburg.

While quantum beats have been known since the 1970s, observing them directly has remained challenging. The oscillations last for less than 100 nanoseconds – a few beats – before they are dampened, and the spins end up in a statistical equilibrium. Eventually, the radicals recombine. 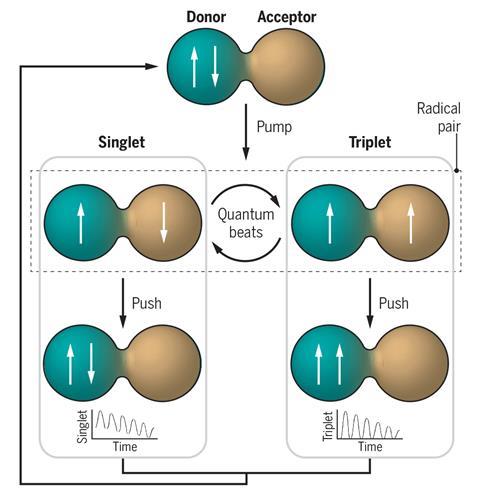 Coherent interconversion of the singlet and triplet states of radical pairs is normally impossible to observe. These oscillations were revealed using pump and push laser pulses to move an electron from one end of a donor-bridge-acceptor molecule to the other and back again. (Concept image doesn’t fully represent the study molecule’s spin system)

Steiner and his team have devised a method to directly observe quantum beats. They use a laser pulse to create a radical pair within a large molecule. A second laser pulse then pushes the radicals to recombine while they are in the middle of quantum beating. Because radical pairs retain their spin state when they recombine – for example a triplet pair will make a triplet product – ‘we force [the system] to tell us about the spin state in which it was [in] at the time of the laser pulse’, Steiner explains.

By applying a push from the second laser pulse at different times after radical pair formation, the team could map out the system’s quantum beats. They could also show that an external magnetic field slows down the beats. 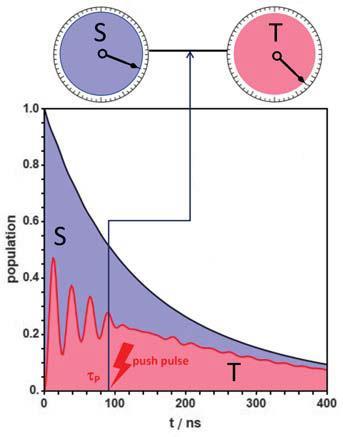 Ilya Solov’yov, who leads the quantum biology group at the University of Oldenburg, Germany, thinks that applying the method to proteins or protein-like constructs could help them unravel the quantum chemical mechanism behind migratory birds’ ability to sense the Earth’s magnetic field, which is likely based on a radical pair mechanism. One promising target for further investigation are cryptochromes, a family of proteins thought to be involved in magnetoreception in animals. ‘It would be very nice to see what would happen if we start changing the intensity of magnetic fields, and maybe also try to design experiments where we try to look at similar results as a function of the direction of the magnetic field,’ he adds.

‘This falls in the moral grey area between quantum and classical,’ says theoretical physicist Kanupriya Sinha from Princeton University, US, who has studied quantum beats in rubidium atoms. She points out that the molecule Steiner’s team designed is much larger and more complex than most systems physicists work with, yet its oscillations show that it is quantum coherent. ‘Since we don’t yet know how the classical world emerges from quantum mechanics, experiments in this regime are highly valuable for furthering our understanding of fundamental physics.’