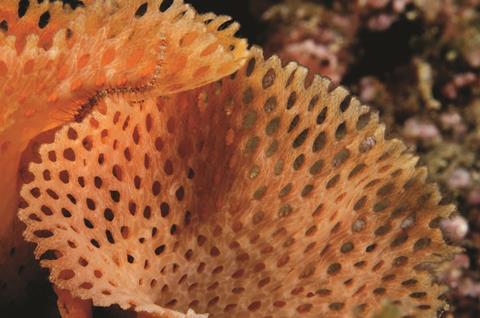 Replicating molecules found in bryozoa and their microbiota can be tricky

Time after time, natural products lay the foundations for a new medical therapy. Rather than starting from scratch, raiding nature’s pharmacy takes scientists straight to so-called privileged molecules – biologically-active structures that have survived, and are also shaped by, evolutionary pressures. But relying on nature to supply the end molecules isn’t always that simple.

Marine natural product sources are particularly uncooperative. Estimates suggest fewer than 1% of ocean bacteria will grow on traditional nutrient agar medium so extracting drugs from sea bugs is rarely sustainable. Take bryostatin 1, a macrolide lactone first isolated from the marine invertebrate Bugula neritina that has shown promise for treating HIV, cancer and Alzheimer’s disease; you need 12.7 tonnes of bryozoa to get 18g of the target compound. And making it yourself in a 57-step synthesis isn’t much better. Luckily synthetic chemists thrive on DIY challenges and here you can read about how researchers have now trimmed the number of steps down to 29. Not only is this route significantly more efficient, it will also allow chemists to prepare bryostatin analogues – without this, the family of molecules is unlikely to ever reach the clinic.

Catalysis is central to transforming simple starting materials into high value molecules, and is probably the field that total synthesis feeds off most. In September we reported on the first catalyst that can change its activity as a reaction takes place. Nature has an assortment of enzymes where external prompts like allostery or co-factor binding events modulate their catalytic activity. And numerous stimuli, including light, pH, coordination events and redox processes can trigger changes in a catalyst’s activity. But normally the trigger is pulled before the experiment begins – this supramolecular copper catalyst can invert its enantioselectivity in real time. It’s been used to make polymers so far, but its potential for other molecules is exciting. So more switchable catalysts, please. And if they could also work in the same reaction vessel, then even better.

Perhaps molecular machines will offer the level of synthetic control so desired by chemists. The molecular robot we reported on recently is a significant step along the long road to the type of precision required to build complex molecules.

It’s hard to imagine that molecular machines will ever reach the complexity required to synthesise molecules like bryostatin 1. However, if scientists could make molecular machines that can add different functional groups then maybe it’s not such a far-fetched idea. Target-driven synthesis is a huge inspiration for new chemical syntheses. But natural products don’t just provide the motivation for new bond-forming strategies, they also serve as a kind of natural selection for which strategies survive, and which ones go extinct.