When lobbying and marketing clash with scientific evidence, regulators walk a fine line

In mid-September, the US Food and Drug Administration (FDA) approved its first drug for Duchenne muscular dystrophy (DMD). That sounds initially like good news, until you hear that there is significant doubt as to whether the drug is actually effective at treating the disease.

DMD is a rare disease caused by an inability to produce the muscle protein dystrophin. This leads to muscle degeneration and death – usually before the age of 30. Sarepta Therapeutics’ drug Exondys 51 (eteplirsen) partially restores patients’ ability to produce a modified version of dystrophin. However, the increase in production is relatively small, and it’s unclear whether it is sufficient to have a real impact on patients’ lives. 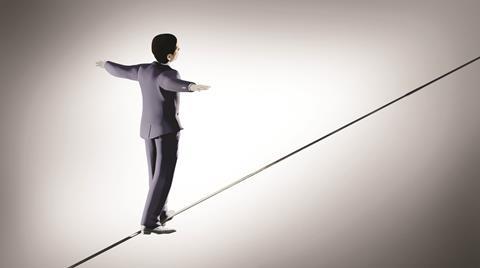 The FDA’s scientific assessors decided that the data from Sarepta’s 12-patient trial suggested the drug was unlikely to provide a clinical benefit, and recommended it be rejected. But the head of the agency’s Center for Drug Evaluation and Review overruled that opinion and granted ‘accelerated approval’, since the drug had met its primary goal of increasing dystrophin production. That caused some friction within the agency.

The picture is further complicated by lobbying pressure on the FDA from politicians and patient groups. The agency has been accused of giving in to emotional and anecdotal pleas, rather than relying on scientific evidence.

There are valid arguments on both sides. Clinical trials for rare diseases are exceptionally difficult – this is one reason Sarepta’s initial trial was so small and perhaps not the way the FDA would have preferred. The drug has some effect, which may yet turn out to be clinically relevant, and there is currently no alternative. Allowing the company to sell it generates sufficient resources to collect more patient data and carry out more extensive trials (with input and oversight from the FDA to help ensure their rigour). That should establish the drug’s efficacy (or lack thereof) more solidly, and if it turns out not to work, it can be withdrawn.

On the other hand, detractors argue this overruling of scientific evidence opens the door to other companies performing underpowered trials and then lobbying their way to approval. In a world where healthcare resources are limited, paying relatively high prices for unproven treatments means cutting down spending on already-proven drugs. Should it be healthcare providers’ responsibility to subsidise a company’s clinical research?

There is room for a modicum of flexibility in regulation, but allowing the tightrope to slacken too far risks the whole system crashing to the ground.