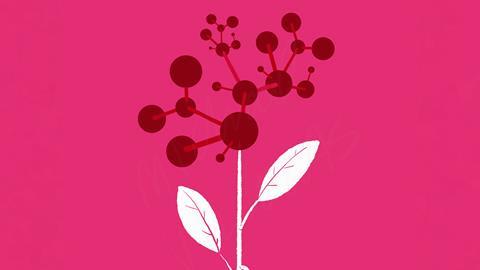 Scientists need to be selective about their sources of inspiration

For centuries, chemists have been awestruck by the majesty of nature and its ability to solve problems. While parts of this have been great sources of inspiration, there is a feature that we have intentionally omitted when trying to replicate it: profligacy.

Nature expends enormous amounts of resources to make proteins that can fix minute problems instead of making an informed design of a solution. When your car gets a flat tyre, you use a functionally minimal machine to reinflate it – an air pump. Contrarily, nature fumbles in the proteinogenic and nucleic soups until it finds an immensely complex molecular Rube Goldberg machine that can do the same job. There is little that can stop an air pump from working. However, the chances of failure in a molecular Rube Goldberg machine grows exponentially with complexity. A small error can wreak havoc throughout the machine and cause it to fail. This requires its own repair, which is seen to by the same method.

Through prebiotic chemistry and evolution, nature has uncovered the prerequisites for life and has also provided us with an array of biological tools. While many of these tools are extremely complicated and fragile, most are much better at doing their specific jobs than anything artificial we have tried to use instead. Therefore, we must carefully choose what aspects we take inspiration from.

Precious little was known about how biological systems work for much of the 20th century, and so it was difficult to claim that chemistry research had used nature’s solutions for our problems. It was more common to say that a well-understood synthesis had outperformed nature. For example, if a problem occurs in a biological system and culminates in a disease, chemistry could be used to synthesise a drug that would solve the problem before the biological system could.

As our understanding of natural systems has improved, some scientists have attempted to modify nature’s production processes to produce new molecules. Using their arsenals of interconnected catalysts, natural systems can create small molecules with perfect shapes for modulating certain processes that can also have medicinally beneficial effects in humans. While scientists have repurposed plants to make these molecules, the plants can typically only make small amounts of these materials. On the other hand, synthetic chemists have been able to use their knowledge to make scalable syntheses of drug molecules with, relatively speaking, more atom-economic reagents and catalysts, as is the case in the manufacture of drugs such as diazepam, ibuprofen and paracetamol. We are now in a position where we have access to disparate chemistries, the power of informed design, and technologies such as machine learning to make molecules and materials capable of replacing or even improving upon natural functions in biology.

Revolutionary discoveries such as the hydrogen bond, the DNA double helix and the ribosome have helped to inform chemists of how biological systems work, and the fundamental principles that govern nature’s attitude to solving problems. It is clear from these that the most sophisticated aspect of nature is its ability to handle information – a skill at which nature is currently far superior to chemists. It is this that chemists should draw most inspiration from. This, along with the use of appropriate chemicals to compartmentalise different cellular components, metabolise sources of energy, and catalyse its network of chemical reactions are the keys to how nature causes life to proliferate. However, we must recognise that the materials nature uses for doing this were the first, but not necessarily the best ones for the job. For example, chemists now use many industrial-scale palladium catalysts for effecting chemical transformations with scales and chemical selectivities far superior to analogous reactions in nature.

With discovery has come the technology to replicate. In a relative blink of nature’s eye, the past century has seen scientists determining methods for gene editing, genome sequencing and amino acid sequencing. These have bred further technologies that hybridise biology with chemistry, and these have aimed natural processes more precisely at chemistry problems, such as in the directed evolution of enzymes and semi synthesis of natural products.

Nature’s profligacy has provided us with a library of tools, evolved over millennia, for solving problems on the molecular scale. Necessarily, we must take advantage of these tools, but they should complement those we have artificially made. We need to look at the problems nature is fixing, but focus on using our own designed tools. This ethos brings us closer to achieving a hybridised chemistry–biology toolbox, free of evolutionary baggage, to repair the natural dysfunctions that give rise to disease. This is the best way to push the boundaries of chemical science and the most appropriate way for us to take inspiration from nature.