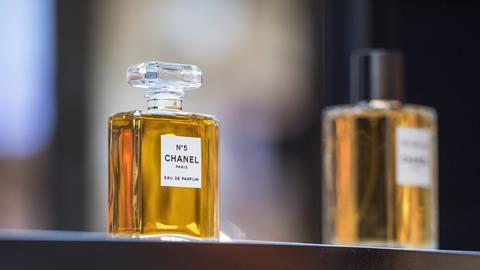 Simon Cotton sniffs out the chemistry behind 2-Methylundecanal

This week, the compound behind the allure of a certain well known perfume. And sniffing out its chemistry is Simon Cotton:

'Iconic' is a much abused adjective, but if there is one consumer product to which it can be applied, it is surely Chanel Number 5. 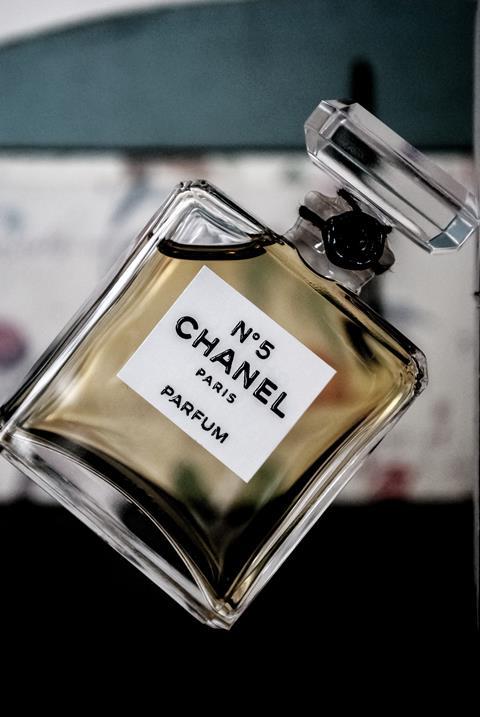 Its packaging is quite unmistakeable, especially the design of the bottle, and it has been advertised by a bevy of beautiful and famous women, recently including Nicole Kidman and Audrey Tautou, but most notably Marilyn Monroe. When Monroe was asked what she wore in bed, she replied 'Five drops of Chanel Number 5'.

Most of what you pay for a bottle of perfume is spent on the packaging, advertising and profit for the manufacturer; less than 5% represents the costs of the chemicals that make up the perfume, but without them and the chemists who confect them, there would be no scent to sell.

2-methylundecanal occurs in nature in tiny amounts in the essential oil of kumquat, a type of citrus fruit. It was first synthesised by a French chemist, Georges Darzens, and reported in 1904. Almost immediately, in 1905, 2-methylundecanal was used by Darzens himself in the perfume Floramye. In 1912, the perfumer Robert Bienaim? used 2-methylundecanal in the perfume Quelques Fleurs for Houbigant. Two years later a relatively unknown perfumer called Ernest Beaux, working for the leading Russian perfume makers, used aldehydes - though not as yet 2-methylundecanal  - in a new perfume of his, Rallet No. 1. We know this because original sealed bottles were recently discovered. At the time, aldehydes were something new in perfumes, but Beaux was obviously aware of what the leading French perfumers were doing.

The first world war broke out in the year that Beaux's new perfume was launched. Beaux left Russia in the aftermath of the Russian revolution and in 1920, he was working in the South of France in the French perfume capital, Grasse, when he was introduced to a young Frenchwoman.

Gabrielle Bonheur Chanel, known to us now as Coco, had come up the hard way from a very poor background, including six years in an orphanage. Through a combination of determination, hard work, a flair for fashion and some influential boyfriends, she had opened shops in Paris, Deauville and Biarritz. Legend has it that she was introduced to Beaux by her then lover, Grand Duke Dimitri Pavlovich, another Russian ?migr? - on the beach at Cannes. Chanel asked Beaux to create a new perfume for her.

Coco Chanel was prone to reinvent herself, and there are many stories about this perfume. One is that Beaux put several different mixtures in numbered bottles, and Chanel picked number five, as it was her lucky number. Another story is that Beaux's assistant made a mistake and put far too much aldehyde in sample five.

When he composed Chanel Number 5, Ernest Beaux built on the knowledge and achievements of his predecessors. Besides employing traditional natural materials like jasmine and rose and lily, he used some of the synthetic materials that had come into use in the preceding 40 years, like vanillin and nitromusks. And of course he used aldehydes, and not just straight chain aldehydes, as branched chain aldehydes like 2-methylundecanal have a stronger and more pleasant smell. Beaux was not the first person to use aldehydes, but he used them in much greater amounts, and this supplies the impact of Chanel Number 5. Beaux is reported as saying that their effect on the perfume is 'like lemon juice on strawberries'. And the rest is history. 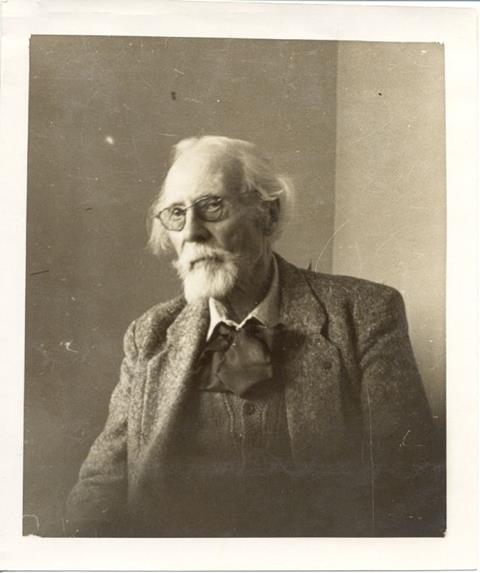 But what of the man who gave us 2-methylundecanal, Georges Darzens? Darzens was a polymath and apart from being a chemist, he obtained a degree in mathematics and a diploma in physics, then went to medical school, all the while continuing chemical studies and researches. In the pioneering age of the automobile, he designed and built three cars, as well as being a director of a perfume company for over 20 years and a professor at the ?cole Polytechnique in Paris from 1913 until his retirement in 1939. But the bravest thing he did was to support Captain Alfred Dreyfus who was imprisoned on the penal colony of Devil's Island in 1894, where he was to spend five years on trumped up charges of treason.

Everyone associates this classic perfume with Coco Chanel, but without the chemists who made the molecules and the perfumer who mixed them, it would not exist

A classic compound, which probably continues to bring together unlikely pairings through its attractive scent. That was Birmingham University's Simon Cotton with the fragrant chemistry of 2-methylundecenal. Now, next week: for those spurned by the females wearing Chanel No. 5, some pain relief.

Lundkvist had just injected in himself with a solution of white crystals, prepared by the female member of the team, Inga Fischer. The compound, at that point known simply as LL30, was a new anaesthetic and occasionally during these unauthorised tests, Lundkvist's pulse would drop below 25 beats per minute and Lundkvist himself would drop to the floor. But no matter - L?fgren would then invigorate him with a shot of adrenaline and the two scientists soon went on to try out different concentrations and preparations, mostly on their fingers, although their successful experiments did have the awkward side effect of making the bike ride home difficult.

This compound is known today as lidocaine and its pain-relieving properties have probably cured more than a few people of their dentophobia, thanks to its extensive use in dentistry.

And to find out the chemisty underlying the effects of this anaesthetic, join Lars ?hrstr?m in next week's Chemistry in it's element. Until then, thank you for listening. I'm Meera Senthilingam.