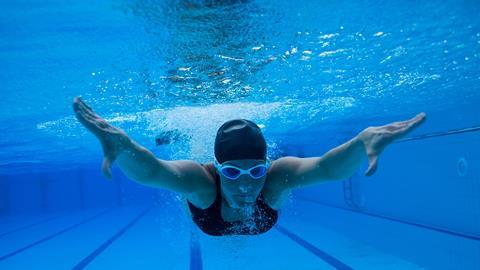 Acesulfame potassium, or acesulfame-K, as it is often called, is a non-nutritive artificial sweetener. It is an ingredient in some of the sweeteners you find on supermarket shelves. It is also used in numerous foods, pharmaceutical products, zero sugar carbonated drinks, and other beverages. In many of these products, acesulfame-K is blended with another artificial sweetener such as sucralose or aspartame. 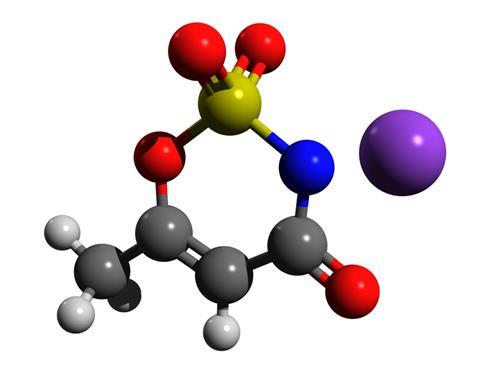 Acesulfame-K is a white crystalline powder. It is a potassium salt with a heterocyclic organic anion, discovered serendipitously by German chemist Karl Clauss in 1967. It is more soluble in water and around 200 times sweeter than table sugar. The sweetener is also heat stable and so can be used in cooking and baking.

Acesulfame-K, in particular, is not metabolised in the human body. And unlike sucralose, which is excreted mainly in faeces, the compound is excreted exclusively in urine.

According to some environmental scientists, non-nutritive artificial sweeteners, such as acesulfame-K, are beginning to emerge as contaminants in environmental waters, public swimming pools and spas. On the beneficial side, they might potentially act as indicators of the amount of wastewater present in a water source.

A recent paper published in the journal Environmental Science & Technology Letters by a group of researchers at the University of Alberta in Canada and led by Professor Xing Fang Li, reported an investigation into the occurrence of acesulfame-K in swimming pools and hot tubs.

The researchers took over 250 water samples from 31 pools and hot tubs, as well as the tap water used to fill them, over a period of several months. Acesulfame-K was found in every pool and tub sample. Furthermore, the concentrations of the potassium salt were far higher in these samples than in the tap water.

Acesulfame-K, of course, is not the only organic compound that contaminates swimming pools and hot tubs. Sweat, personal care products, and urine all contain organic compounds. 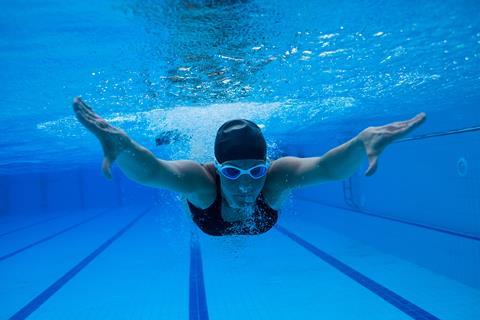 According to a survey published in April 2012, one in five Americans have, and here I quote, ‘actually peed in a public swimming pool.’ The quote and statistic comes from a study of the attitudes and behaviours of Americans with regards to swimming and swimmer hygiene in public pools. The study, which was carried out by a PR agency on behalf of the American Chemistry Council, also found that four in ten Americans reported skipping the shower before swimming in a public swimming pool.

An earlier study by another group reported that the average urine excretion per swimmer in pools is approximately 70 ml.

Urine, although normally sterile, contains nitrogenous organic compounds such as urea. These can react with chlorine or other chemicals used to disinfect pools and hot tubs, producing so-called disinfection by-products. These have been shown to be potential health risks.

A paper published in 2016 by a team of researchers in the United States reported that more than 100 disinfection by-products had been identified in swimming pool and hot tub waters. The investigators used a variety of techniques to analyse 28 water samples taken from seven sites. They also found that the pool and hot tub waters were several times more mutagenic than tap waters.

As many of these by-products originate from urine, a urine marker would prove useful for the control of pool water quality. Professor Li and her colleagues suggest that acesulfame-K is a possible answer. The compound does not degrade in water and is stable at high temperatures. 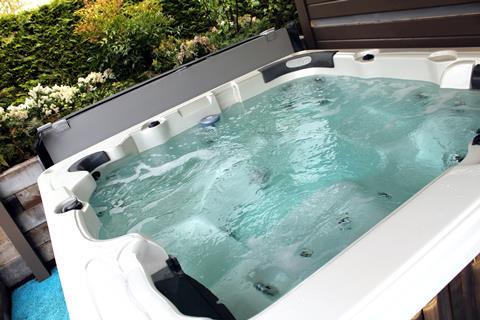 The Canadian team have developed a rapid, high-throughput method to assess the sweetener in water. The method employs high-performance liquid chromatography and mass spectrometry to determine the concentration of the compound in water samples.

Now, I hope these findings have not put you off swimming in public swimming pools. Swimming, after all, is good healthy exercise. And why not enjoy a relaxing soak in a hot tub when you can? But there are two important messages that come out of all of this. First, do not forget to shower before entering a public swimming pool or hot tub. Second, please do not urinate in the water.

Mike Freemantle there, with a good reason to shower both before and after using a swimming pool or hot tub. Next week, Brian Clegg introduces the doyen of Lewis acids.

Ask someone in the street what acids do and they’ll probably say dissolve things (or give you indigestion) – but aluminium chloride’s primary role as a Lewis acid is far more subtle.

Join Brian next week to find out more. Until then, we’d like to hear from you with your ideas of compounds to cover – tweet @chemistryworld or email chemistryworld@rsc.org. Thanks for joining me, I’m Ben Valsler.