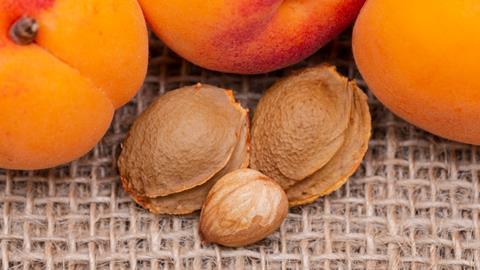 Medical conspiracy theories can be tenacious, and this can create opportunities for exploitation. This week, Patrick Hughes explores the compound at the centre of a cancer conspiracy.

‘This is the Centro Médico del Mar in Central Mexico. It is a place many people come to with terminal cancer – a last chance to live.’ So spoke a KNTV News reporter during a broadcast on October 15, 1979. It was also the place that Diane and Gerald Green took their three year-old son, Chad, to be treated with Laetrile; a then-recently outlawed drug.

At the time, Chad was suffering with acute lymphatic leukaemia. His parents, having informed physicians that they would forego conventional chemotherapy in favour of a treatment based on a special diet and Laetrile, were summoned to court. Following a two-week court hearing, a judge ordered the child’s parents to halt treatment with Laetrile and resume chemotherapy treatments. Shortly after, the Greens fled to Tijuana in Mexico. 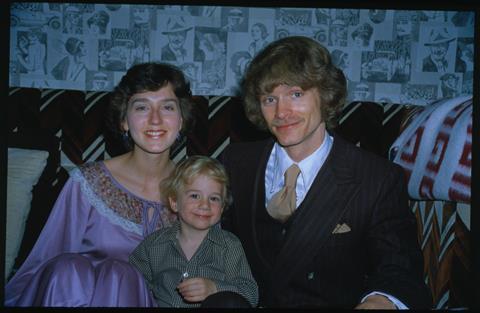 Laetrile was the brand name of a semi-synthetic form of amygdalin, a cyanogenic glycoside found in the seeds of apples and apricots. First isolated in 1830 from bitter almond seeds by Pierre Jean Robiquet, amygdalin was used as an anti-cancer treatment in the mid-19th century in Russia, and again during the 1920’s in the United States, but use came to a halt after treatment was found to be too toxic. Doses are usually provided orally or intraveneously – with the former being the more dangerous of the two. The compound is broken down by beta-glucosidase in the digestive system, releasing hydrogen cyanide – at times proving fatal. 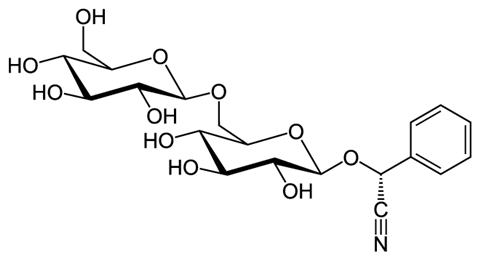 Amygdalin began to regain currency as a cancer treatment during the 50s, popularised by Ernest T. Krebs Jr around the same time he filed a patent for Laetrile. Krebs was often referred to by his supporters as ‘Dr. Krebs’, even though this title was conferred by an honorary degree granted by a small bible college with no science department. Krebs’ ideas about cancer built upon an old controversial theory thought up by the embryologist John Beard. The theory claimed that trophoblasts, the cells which form the placenta, were the true cause of cancer, and that tumors were simply caused by the growth of these cells in the wrong part of the body. Amygdalin, in the form of Laetrile, would kill these cancer cells and leave healthy cells intact.

Later, Krebs would re-brand this theory and his drug, calling Laetrile ‘Vitamin B-17’ and claiming that cancer was the result of a nutritional deficiency of this vitamin. Neither Laetrile or amygdalin were ever recognised as a vitamin and eventually Laetrile was banned in 1963. But Krebs’ purported cure held a strong grip on the curiosity of the public. At the FDA hearing for Laetrile, one man, a cancer patient named Glenn Rutherford said ‘let me choose the way I want to die. It is not your prerogative to tell me how.’ 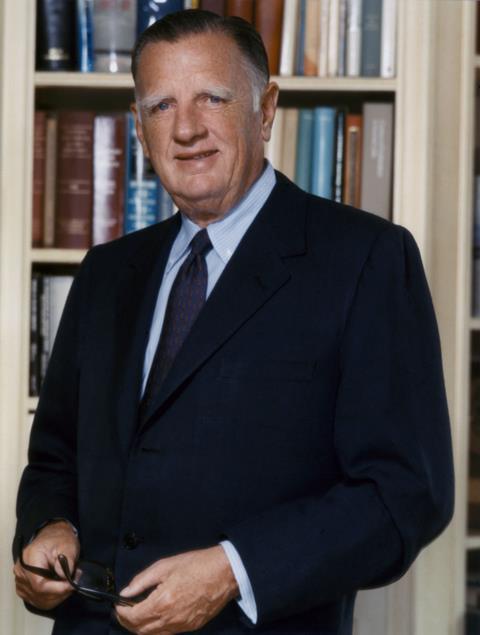 His statement proved a portent, and the public fascination with Laetrile failed to let up after the ban. The rest of the decade would see medical professionals at cancer clinics receive letter upon letter asking whether Laetrile could cure their cancer. Benno Schmidt, who was at the time on the board of the Sloan-Kettering Cancer Centre in New York, was one of the recipients. In 1972, after replying to many such a letter, Schmidt advised that the centre begin testing for anti-cancer activity in Laetrile, saying that when he told people Laetrile had no effect on cancer: ‘I would like to be able to do so with some conviction.’ The tests were green-lit and in June 1977 the institution announced its results – that, just as suspected, Laetrile had no effect on cancer, and that they were closing the books on it. It seemed as though it should have been the end of it.

But around the same time, a newsletter from a group calling themselves Second Opinion, made up of anonymous members of Sloan-Kettering, began circulating. It accused Sloan-Kettering of intentionally failing to publish results showing that Laetrile successfully inhibited the growth of secondary tumours in mice. Robert Stock, the vice-president of chemotherapy research, addressed the accusations, saying ‘if we had published those early data, it would have caused all kinds of havoc.’ The results in question were from a series of tests run by Kanematsu Sugiura – a man known for his ‘extraordinary record of being right’ according to the then head of Sloan-Kettering.

'Only informed choices are free'

In the time that followed, several scientists repeated Sugiura’s experiments, and found his results impossible to replicate – but the damage was done. Doubt had been sewn among the public, creating fertile ground for conspiracy theories to grow. The faithful left to congregate and continue their treatments in hubs south of the United States border. Back in Mexico, in September of 1979, the Greens made the headlines again. It was reported that their child, Chad, had died in Tijuana.

Slowly but surely, the buzz surrounding Laetrile fell away. In the years that followed, it was described as the most profitable example of medical quackery in history – and it’s one that still casts a shadow today. An old, closed petition on change.org with over 12,000 supporters asks that Sloan-Kettering acknowledge their positive results from Laetrile, and a quick web-search today still displays the hastily formed queries from cancer patients in online forums asking whether Vitamin B17 could cure what ails them. Every few years, a new case of cyanide poisoning shows up in the medical journals. At day’s end, the story of Laetrile can be summed up by paraphrasing an excerpt from the FDA commissioner’s decision:

'The Laetrile proponents maintained that even if the drug did not work, people should still have the right to take it because they deserve ‘freedom of choice.’ But the sellers of Laetrile did not offer a free choice – they persuaded cancer victims, desperate and dying, to buy a drug that did not work on the basis of false hope. Only informed choices are free.'

Patrick Hughes and the assembled voices of the Chemistry World team with amygdalin. Next week, Mike Freemantle keeps infection at bay with a dose of boric acid.

Lister, who is regarded as the father of antiseptic surgery, pioneered the use of phenol, then known as carbolic acid, to clean wounds, sterilise surgical instruments and scrub surgeons’ hands. He was also an advocate of boracic – or boric – lint as a medical dressing for wounds and ulcers. It is prepared, he notes, by dipping a piece of lint in a saturated solution of boric acid near boiling point and then allowing it to dry.

Join Mike next time. Until then, get in touch with any questions or comments: email chemistryworld@rsc.org or tweet @chemistryworld. Thanks for listening, I’m Ben Valsler.