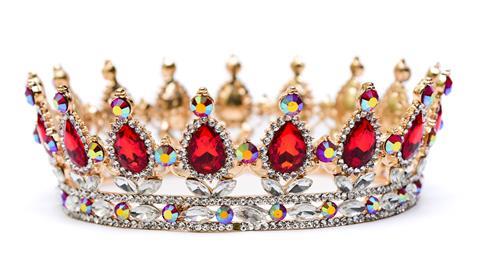 Please stand for the most aristocratic of acids: Aqua regia. Here’s Tabitha Watson

Way back in the 8th century AD, an alchemist by the name of Jabir ibn Al-Hayyan prepared the first recorded batch of aqua regia, a mixture of nitric and hydrochloric acid in a 1:3 ratio.

Named from the Latin for ‘royal water’, this volatile mixture turns from colourless to a fiery yellow-orange within a few seconds of being prepared. Adding to that dramatic effect, it also fumes vigorously. Because its components are so volatile, it is usually only mixed immediately prior to use. If left for a period of time, the concentrated nitric and hydrochloric acid react together in order to form products such as nitrosyl chloride and chlorine – neither of which you want hanging about in the lab. 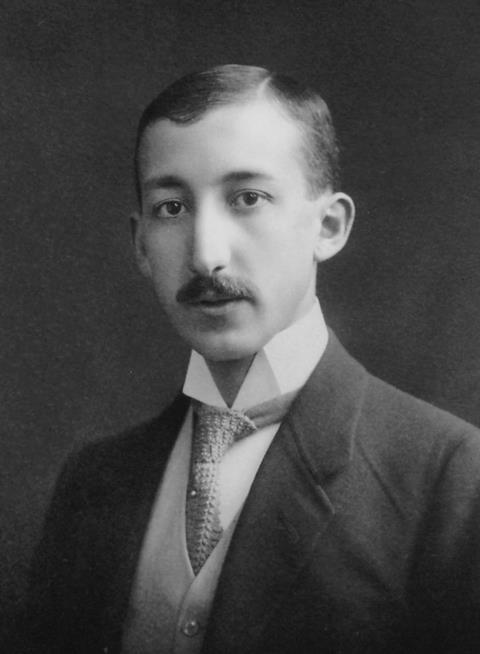 As you would expect from two strong and concentrated acids, aqua regia incredibly corrosive. Indeed, aqua regia has been the culprit behind several laboratory explosions (usually due to chemical mishandling). In 2015, a glass waste bottle exploded in a Texas Tech University teaching laboratory – a student had accidentally poured nitric acid waste into a bottle already containing hydrochloric acid, methanol and dimethylglyoxine. The ensuing reactions caused a build-up of pressure, leading to a minor explosion. Luckily, no-one was seriously hurt.

The primary use of aqua regia is the production of chloroauric acid, the electrolyte in the Wohlwill process for refining gold. Although gold is typically an inert metal, it will dissolve in aqua regia due to the unique action of nitric and hydrochloric acid. Nitric acid is a powerful oxidising agent, capable of converting small amounts of gold to its ionic form, Au3+. Once this ionic form is present in the solution, the hydrochloric acid provides a source of chlorine anions which react with the gold cations to form tetrachloroaurate(III) anions. As the reaction with hydrochloric acid is an equilibrium reaction favouring the formation of chloroaurate anions (AuCl4-), the gold ions are removed from solution making room for more oxidation to occur. And as the solution is so acidic, the chloroaurate anions are swiftly protonated to form chloroauric acid. Using this method, it is possible to produce gold with a jaw-dropping purity of 99.999%. Due to its reactivity and strength, aqua regia it can also dissolve platinum in a similar way.

Another common use for aqua regia is the deep cleaning the tubes used in nuclear magnetic resonance, or NMR, spectroscopy. It is very efficient at this as it is able to remove all traces of the paramagnetic element chromium, which can contaminate spectra and ruin research. 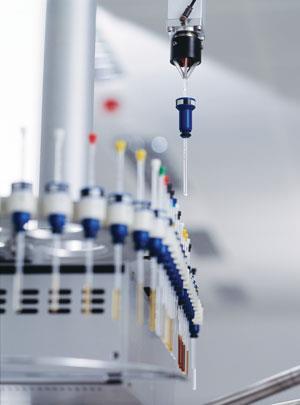 Although the first recorded use of aqua regia was over 1000 years ago, it was only in the 14th century that it made its way from the middle east to Europe. An anonymous alchemist with the penname ‘Geber’ wrote several widely read alchemy books and is regarded as the first to bring aqua regia to western Europe. As ‘Geber’ is the Latinised version of ‘Jabir’, it is likely that this enterprising alchemist adopted the name in order to lend some stolen status to his work.

Perhaps the most famous use of aqua regia occurred in 1940 at the Niels Bohr Institute in Denmark. Hitler had just invaded, and his forces were approaching rapidly. This meant that the chemist George de Hevesy had a problem – in his lab he had two Nobel prize medals, smuggled out of Germany on behalf of Max von Laue and James Franck. If they were found, they would all face severe punishment. Thinking fast, de Hevesy placed the medals into a solution of aqua regia and placed them on a shelf out of reach, leaving them to dissolve. When the Nazis entered the lab, they bypassed the beaker thinking it to be of no importance. Amazingly, when de Hevesy returned after the war he found the beaker undisturbed. He was then able to precipitate the dissolved gold and return it to the Nobel society, who then recast the medals in their original gold.

That was Tabitha Watson, introducing aqua regia. Next week, Michael Freemantle introduces a failed chemical warfare agent, described as ‘one of the few technical mistakes in chemical warfare that the germans made during the world war’.

The Germans called the chemical Clark I. ‘Clark’ is an acronym for the German name Chlor-Arsen-Kampfstoff, which means ‘chlorine, arsenic, warfare agent.’

Find out what happened to keep Clark I away from the battlefield next week. Until then, join us on chemistryworld.com for the entire archive of our podcasts, complete with transcripts, and get in touch if there’s anything you would like to know more about – email chemistryworld@rsc.org or tweet @chemistryworld. I’m Ben Valsler, thanks for joining me.