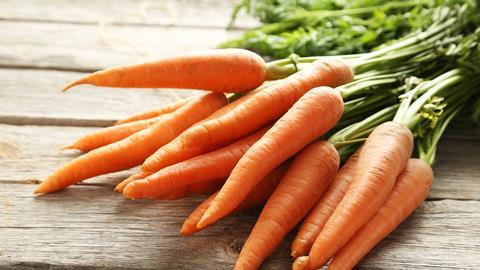 Phillip Broadwith explores the chemistry behind this bright and colourful compound

This week, a colourful compound that's had its fair share of propaganda. Explaining more is Phillip Broadwith.

Talking of beta carotene will almost always bring to mind bright orange root vegetables. But while the carrot has lent its name to this highly coloured compound and several related carotenes and carotenoids, it is not the only place where such molecules are found. Carotenes occur all over the place in nature - some of the more obvious places are the orange flesh of fruits like mangoes, pumpkins and sweet potatoes; but it is also an important compound in green plants like spinach and in the green leaves of deciduous trees. During the summer, its vibrant colour is swamped by the strong green of light-harvesting chlorophyll. But as autumn comes, and the chlorophyll decays, the orange and red hues of carotenes are revealed, turning forests into enchanting vistas of gold and dappled red, before the leaves fall and the winter sets in. 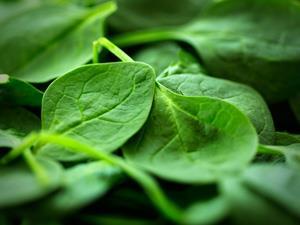 Carotene's association with chlorophyll in leaves is no accident. It too is a light-harvesting molecule, absorbing blue and indigo wavelengths to assist in photosynthesis. The ability to do this comes from its chemical structure. The molecule is made up of a long chain of alternating single and double carbon-carbon bonds (9 double and 10 single bonds), with a bulky cyclohexene ring on either end. This chain arrangement of single and double bonds allows the electrons from the double bonds to spread, or delocalise, over the whole string, a bit like the electrons in a benzene ring are spread evenly around the whole ring. This delocalisation also means that the electrons are perfectly set up to absorb light energy. The length of the chain dictates the wavelength of light absorbed, and carotenes are tuned in to the blue end of the spectrum.

This absorption is what makes carotenes appear orangey-yellow - the blue light is absorbed, while the longer wavelength yellow and red are not, and so are detected by the light-sensitive molecules in our eyes. Those light-sensitive molecules are, in fact, closely chemically related to the carotenes. Retinal, an oxidised form of vitamin A, is responsible for detecting light in our eyes, and is formed by chopping molecules of beta carotene in half - it has the bulky ring at one end, a chain of four double and five single bonds, ending up with an aldehyde group, through which it binds to the proteins rhodopsin and iodopsin in our eyes. When light enters the eye, one of the double bonds is isomerised from trans to cis, which triggers a visual signal to the brain.

Since carotene is a good dietary source of vitamin A and hence retinal, you might think that this is the origin of the myth that eating lots of carrots gives you better night vision. If this were true, you would be much better off eating liver, which has exceptionally high levels of vitamin A; or raw palm oil, which is particularly rich in beta carotene, more so even than carrots. In fact, unless you are deficient in vitamin A, eating large amounts of beta carotene will not do anything to improve your eyesight, but it could turn your skin orange if you manage to eat enough.

The night vision myth was propagated by the UK government during the second world war. Claiming that it was the carrot-induced keen eyesight of Royal Air Force pilots that allowed them to shoot down enemy aircraft helped hide the effectiveness of radar, and persuaded the population to eat carrots - which were easy for people to grow themselves, and of which there was a relative surplus at the time - instead of other, less readily available vegetables. 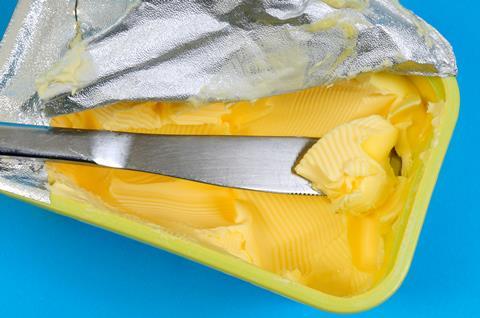 The intensely strong colour of beta carotene has also meant it has found uses as a food colouring - it is added to some margarines to make them look more like butter, which is naturally coloured by the small amounts of carotenoids dissolved in the fats in milk and cream.

While they may not have helped the masses see better in the blackout as the Ministry of Food's posters proclaimed, the humble carrot and its bright orange molecular namesake do play an important part in vision and health. They also make the world a more vibrant and colourful place to live.

So whilst beta carotene may not give us all the perfect vision required of an Air Force pilot, it still has plenty of benefits to keep us munching on carrots, mangoes and spinach for years to come. That was Chemistry World's Phillip Broadwith, with the colourful chemistry of beta carotene. Now next week, the last resort for a secret agent.

Cyanide is one of the quickest acting poisons, hence it is famously referred to many times in thriller stories, as a murder weapon or in the form of a suicide pill given to secret agents in case they are captured. On cyanide consumption, within minutes the victim becomes unconscious although continues breathing, and slowly the heart gives out, causing death.

And to find out just how hydrogen cyanide has this effect on the body, as well as where this toxic compound can be found in nature, join Akshat Rathi in next week's Chemistry in its element. Until then, thank you for listening. I'm Meera Senthilingam