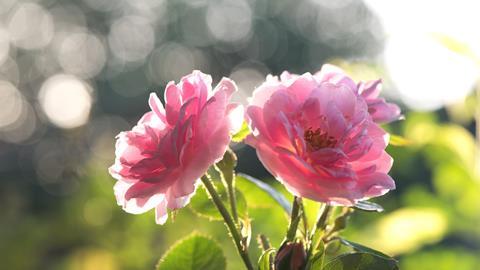 Louise Crane explains how a series of happy accidents led to the discovery of this rose-scented compound, found in rose oil, beer, apple pie and Kentucky bourbon.

This week, Louise Crane on how a series of lucky incidents and happy accidents led to the discovery of a now widely-used fragrance compound.

If you’re looking for help in times of love then you could do worse than turn to the damascenones. They’re a series of scent compounds that belong to a family of chemicals known as the rose ketones. Beta -damascenone is a major contributor to the aroma of roses, though you’ll also find it popping up in the smell of Kentucky bourbon, so if the roses don’t work, then you can at least drown your sorrows. 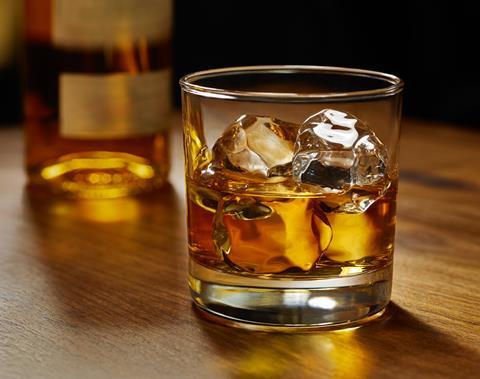 The damascenones were discovered during the 1960s when the partnership between fragrance and flavour company Firmenich, Nobel prize-winner Leopold Ružička and his newly appointed head of the terpenes group, Ervin Kováts, was given a new task: discover the signature chemical responsible for the characteristic smell of Bulgarian rose oil. Just 40 constituents were known at this time, and synthetic reconstructions of rose oil were still miles apart from the true natural material. The task would lead to the discovery of some 98% of the chemicals that make up this essential oil.

Kováts and his team set about their task by fractionating Bulgarian rose oil into 200 samples, one of which had a honey-like note thought to be the missing signature chemical. Narrowing down their detective work, they isolated 0.8 thousandths of a gram of an unknown chemical. This turned out not to be responsible for the honey-like note, but it did convey a powerful rose odour.

Analytical equipment of the era was not powerful enough to determine the exact structure of such small amounts of product, and because of this, an incorrect proposal for the structure was made. This was beyond the capabilities of the synthetic chemists working on the project, so they proposed to make a close analogue that – due to its similarities with the known ionones – was easier to make in the lab. Much to everyone’s surprise, this turned out to be exactly the unknown chemical originally isolated from the rose oil! And so a series of misinterpretations had led to the successful discovery of damascenone. Today, beta-damascenone presence and quantity is considered as the marker for the quality of rose oil.

The name came from the chemical functionality found in the structure, -enone, and the natural ingredient of Bulgarian rose oil, Damask rose. Also known as Rosa damascene, the plant in turn took its name from Damascus in Syria, a city historically famous for its roses, although this may not be the rose’s true home, since recent genetic tests indicate that a more probable origin for this cultivated flower is the foothills of central Asia. 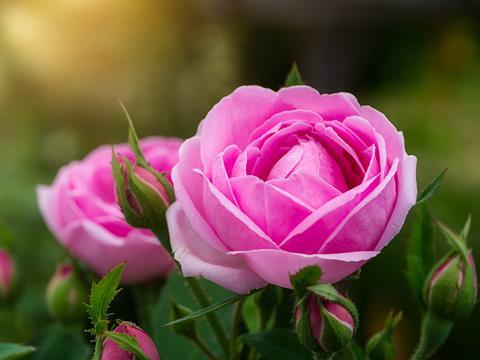 Rose ketones are quite common in nature, which is not very surprising when you know that their origin is the oxidation of the ubiquitous carotenoid pigments, which give carrots, autumn leaves and oranges their colour. Beta-damascenone has been found in a whole range of materials – including tea, tobacco, tomatoes, baked apples, spirits and beer. Indeed, it can lend a tobacco character to beers, and produces notes of apple in Kentucky bourbon. How the compound gets into the whisky is under debate – it may be produced by yeast activity during fermentation but equally it could come from both distillation and maturation reactions. What’s remarkable is its aroma is detectable at just nine thousandths of a part per billion.

So whether you’re peckish for some apple crumble, thirsty for a beer, ready for romance with some roses or looking to tend to a broken heart with some Kentucky bourbon, beta-damascenone is the compound that will be there for you, always.

That was Louise Crane with the fragrant beta-damascenone. Next week, Mike Freemantle brings us a very different plant fragrance.

Garlic plants employ allicin as a defence compound to deter marauding insects, but the compound does not occur naturally in garlic bulbs. To make it, the plant relies on some fascinating chemistry.

Join Mike next time. Until then, get in touch with any compounds to consider – email chemistryworld@rsc.org or tweet @chemistryworld. I’m Ben Valsler, thanks for joining me.