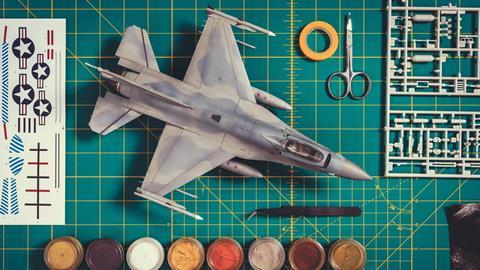 If you’ve ever built plastic scale models of aeroplanes or spacecraft, you’ll be familiar with the sharp, sweet smell of butanone

This week’s compound is technically known as butanone or methyl ethyl ketone – but most people first encounter it before technical names really mean much to them. Those who made plastic models of aeroplanes or similar would know it as polystyrene cement, and many others simply know it as the distinctive smell of whiteboard marker pens.

I was one of the former – I built plastic models of sci-fi robots and spaceships, and constructed characters for table-top gaming. I was very proud of the model of ED-209 from the 1987 film RoboCop – despite being far too young at the time to have seen the film. The evocative smell of butanone, the ‘cement’ used to glue components of the model together, now reminds me of the hours I dedicated to building & painting. 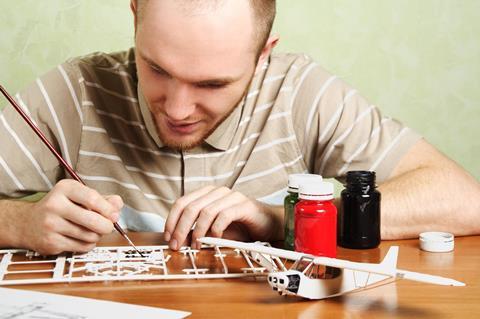 Although polystyrene cement is marketed as a glue, it’s not. Rather than acting as a genuine adhesive – binding to the surface of the material – butanone is effectively a chemical welding agent. The plastic surfaces dissolve on contact, and then as the ‘glue’ evaporates away, they repolymerise into a new, bonded structure.

This means that the joints in plastic models are often almost as strong as the original material, and it won’t glue your fingers together if you’re careless like superglue does. It also won’t gum up natural brush bristles, and is unlikely to glue the lid to the tube or bottle it comes in. Although it works on a wide range of plastics, it won’t work on them all – a fact I quickly learned when the head fell off my model of Kryten from the sitcom Red Dwarf.

You might be more familiar with butanone as the solvent that makes the ink flow in the dry-erase marker pens we use to write on whiteboards, and gives them their distinctive sweet, sharp smell. It makes a good carrier for ink because it can dilute a wide range of pigment mixtures, and has low viscosity to allow the ink to flow.

Butanone’s use as a solvent is why it’s one of the most important commercially produced ketones –right up there with acetone, with which it shares many properties. It’s used in the production of paints, to make magnetic tapes for storing data and as a cleaner for electronic components. It can kill bacterial spores on surgical instruments and has even been used as a synthetic flavouring agent. It’s also listed in the United Nations convention against illicit traffic in narcotic drugs and psychotropic substances as a precursor for making narcotics – so there’s an underground demand in addition to the vast range of industrial uses. 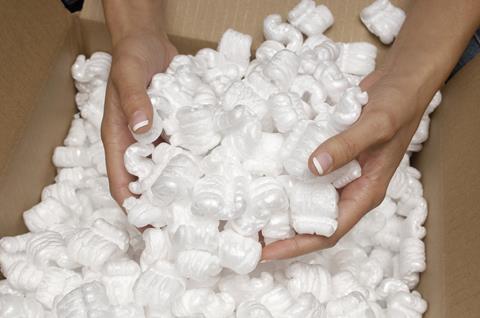 As much as you may enjoy the smell, you should only use butanone in a well-ventilated area. Extensive use in industry, and the exposure that comes with that, has allowed us to collect comprehensive data on its interaction with the human body. It’s easily absorbed if the vapour is inhaled or the liquid is accidentally swallowed. It penetrates the skin quickly and is distributed around the major organs. Luckily, it’s mostly broken down quite quickly by pathways like the cytochrome p450 monooxygenase system, and the rest is excreted in urine.

Fortunately, the effect it has on human health is relatively benign. It can irritate mucous membranes such as the lungs, but serious adverse effects only seem to occur after unusually large doses. But it does enhance the negative effects of certain other substances, for example it increases the neurotoxicity of hexane and the liver and kidney toxicity of haloalkane solvents. So it’s best to avoid such chronic co-exposure.

Because polystyrene cement is available over the counter in model shops worldwide, it can also serve as a good introduction to certain aspects of chemistry. Many years ago, I taught science as part of the ‘mini English project’ in a high school in northeast Thailand. The idea was to teach science in English so that the pupils became familiar with the language of science, as well as the facts and processes. For a group assignment, some of the boys in my class – around 11–12 years old – demonstrated how you could make different kinds of glue by dissolving expanded polystyrene packing peanuts into butanone. The more peanuts you add, the thicker the glue and the more useful it was for filling gaps. And how did they demonstrate how effective it was? By bringing in their hand-built plastic models of robots and popular science fiction spacecraft.

Next week, Jamie Durrani brings us another simple organic hydrocarbon.

One afternoon in October 2014, student-partygoers across Europe woke up to find that one of their favourite night time tipples had been removed from shop-shelves – apparently because it contained high levels of an ingredient used in antifreeze.

Join Jamie in the next Chemistry in its element podcast. Until then, you can get in touch by emailing chemistryworld@rsc.org or tweeting @chemistryworld, and you can find all of our previous podcasts, including the Chemistry World Book Club, at chemistryworld.com/podcasts. I’m Ben Valsler, thanks for listening.