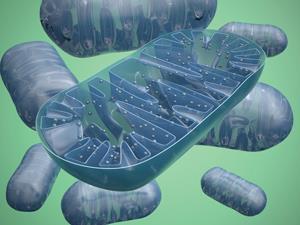 Nathan Adams investigates some of the most important molecular machines within our cells, the cytochrome p450 enzymes

Nate Adams energises us this week, with a catalysing compound.

The cytochrome p450s group of proteins are possibly the most important molecular machines within our cells. They are the enzymes which start off the process of breaking down, or metabolizing usually toxic or dangerous molecules that our bodies don’t want or no longer need. These may be something made in the body, or they may be something that we have put into our bodies - they could be medicines, drugs, poisons or just in our food. 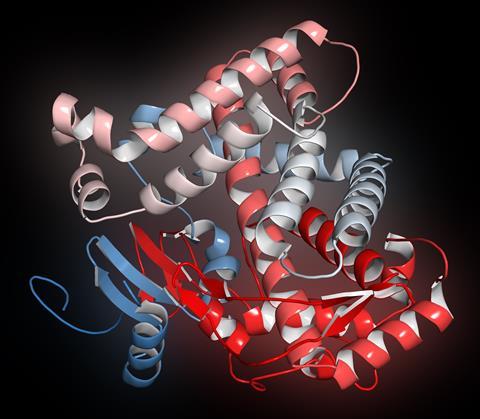 The P450 is a name for a super family of enzymes, and hundreds of different forms have been identified. There are found in every type of plant, animal and bacteria [although they’ve not yet been identified in E. coli], and are suspected to have evolved over three billion years ago, long before complex life existed on the planet. The P450’s are thought to be the largest and most functionally diverse family of enzymes in existence. Although they are best known for their ability to metabolize drugs in humans, they are used in defence mechanisms and colourful pigment production in plants and the biosynthesis of antibiotics in moulds. They’re also useful in bio-remediation by bacteria which digest hydrocarbons, for example after oil spills.

This class of proteins got their name (the P450 bit) because they strongly absorb light at 450 nanometres, which is blue in the visible spectrum. This is important because this strong absorbance was the first hint at how these remarkably versatile enzymes worked. They absorb light so strongly because they contain a special molecule called a porphyrin which contains an atom of iron. Just like hemoglobin in our blood, it’s good at binding oxygen. This iron provides the active site for reactions that a P450 protein catalyses. The distinctive 450 nanometre absorbance stems from an interaction between an atom of sulfur in the protein, iron in the porphyrin and carbon monoxide from the environment.

Cytochrome P450’s were first investigated back in the 1950s when scientists found that organelles from the liver cells of rabbits were able to act upon a vast number of foreign substrates such as drug molecules and hydrocarbons - inserting an atom of oxygen into their structure. P450’s attack certain groups in molecules, such as long chain fatty acids and aromatic groups, making them polar and more soluble and ready for further processing within the cell. Simply put, P450s take a molecule of molecular oxygen, insert one atom of oxygen into the target molecule and reduce the other to produce water. P450’s also need a source of electrons to reduce the oxygen, in this case from the co-enzyme electron source NADPH.

With the rapid expansion of genome sequencing the variety and complexity of P450’s is constantly increasing. So far more than 2000 different varieties have been identified, from yeast having only three, to humans with around 75, up to rice, which has at least 224 P450’s. But not only that, a single P450 enzyme is able to act upon many different substrates. The rabbit liver originally studied was able to metabolize in excess of 800 different organic molecules.

This vast array of enzymes have evolved over time by multiple rounds of gene shuffling, splicing and random mutagenesis. Originally evolved 3 to 3.5 billion years ago before the atmosphere became oxygen rich they would have provided a method of protection to early anaerobic life against this toxic new gas, molecular oxygen. About 1.5 billion years ago as organism complexity increased, they appear to have evolved to metabolize fats and cholesterols.

A dramatic expansion in function happened as life moved from the sea onto land and encountered toxic plant chemicals, hydrocarbons and combustion byproducts from fires. What followed was a competitive evolution process, where by plants evolved new toxic compounds to prevent them being eaten, and animals evolved new methods of tackling these poisons, both of which required P450’s. This high speed evolution was responding to the ever changing outside threats to life.

So there you have it, a three billion year process of evolution has allowed our bodies to handle many of the dangerous chemicals we encounter in our lives on a daily basis - and also produce many of the beautiful colours and rich variety of antibiotics and other drugs which we use today.

Sheffield University’s Nate Adams there, with the chemistry of cytochrome p450. Next week, an underappreciated compound.

The organic compounds that catch the attention tend to be the big, flashy numbers like DNA, but some of the real workhorses of the organic chemistry lab are simple compounds, like pyridine.

Discover the chemistry behind this workhorse by joining Brian Clegg in next week’s Chemistry in its Element. Until then, thank you for listening, I’m Meera Senthilingam.