Cannabis, peanuts and explosive investigations – all in the February 2015 Chemistry World podcast

0.36 – A new antibiotic that can kill life-threatening bacteria – without them appearing to be able to develop resistance to the drug – has been discovered by a team of scientists working in the US, the UK and Germany. The antimicrobial may be the first new class of antibiotic to be discovered since the 1980s – New antibiotic could treat infection while dodging resistance problems 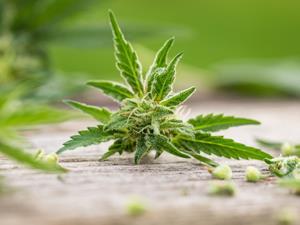 6.13 – Cannabinoids are finally coming out of the shadows and onto the shelves of pharmacies around the globe. Neuropharmacologist Ben Whalley explains how street drugs are making medicines – High hopes

16.05 – Purple, green, blue – photonic glasses can produce a wide variety of colours. But not red, which is mysteriously absent from both manmade and natural microstructures. Now, researchers in the US and South Korea have revealed the reason why, and have a method to produce the missing colour that could have applications in the computer-display industry – Mystery of why ‘structural red’ colours are not found in nature is solved

19.19 – How do forensic investigators tackle situations that are of explosive significance? We find out how samples are taken and tested by the Defence Science and Technology Laboratory’s (DSTL) forensic explosives laboratory – Explosive chemistry

27.04 – Hydrogen-rich compounds under extreme pressure may be better superconductors than the best conventional ones around, according to scientists in Germany – Hydrogen superconductivity hammered out on diamond anvil

30.17 – Scientists in Canada have created a hybrid sodium ion capacitor (NIC) from peanut shells in a pioneering study bridging the gap between conventional ion batteries and supercapacitors – From nutshell to supercapattery