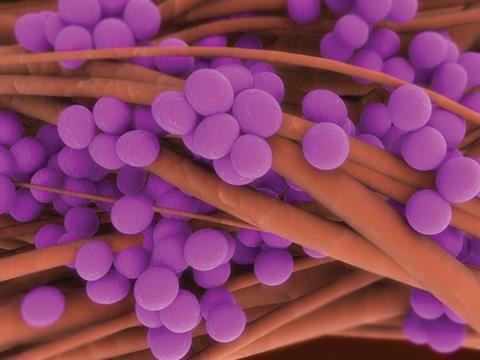 A new antibiotic that can kill life-threatening bacteria – without them appearing to be able to develop resistance to the drug – has been discovered by a team of scientists working in the US, the UK and Germany. The antimicrobial may be the first new class of antibiotic to be discovered since the 1980s.

Antimicrobial resistance in pathogens has become a major concern for health organisations, with a recent UK report stating it may lead to the death of 300 million people by 2050 if the issue is not tackled immediately. Overuse of the limited antibiotics available and a lack of new drugs have led to the rise of pathogens that cannot be killed by current medicines.

‘Pathogens are acquiring resistance faster than we can introduce new antibiotics,’ said Kim Lewis, from the Antimicrobial Discovery Center, US. ‘We now have pathogens, such as Mycobacterium tuberculosis, that are resistant to all available antibiotics.’

A reason for the slow pace of antibiotic drug development is that ‘only about 1% of environmental microorganisms [in soil] will grow in petri dishes’. The vast majority of current antibiotics were isolated from soil microorganisms. The other 99% of these microorganisms has yet to be cultivated in a laboratory. Lewis and his colleagues decided to look at this untapped resource by approaching the problem from a different angle.

‘We developed a method to grow uncultured microorganisms … by growing them in their natural environment,’ Lewis explained. The team used a miniature device called the iChip to cultivate 10,000 strains of bacteria in diluted soil. Resembling an ice cube tray, each of the device’s channels captured a single bacterial cell that was grown in situ by layering a semi-permeable membrane over the device. 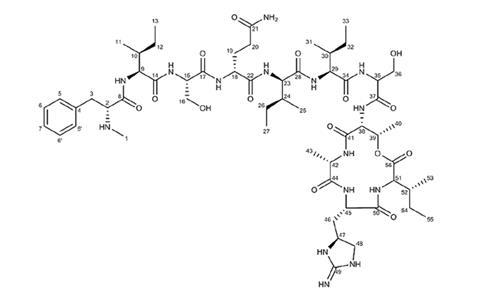 Lewis and his colleagues then extracted each of the microorganisms and looked at their ability to stop the growth of Staphylococcus aureus, a bacterium known to cause severe respiratory problems in humans. They found one particular organism, Elephtheria terrae, produced a new antibiotic named teixobactin.

Rather than targeting cell proteins, which gives pathogenic bacteria with mutant proteins the chance to evade antibiotics, the researchers found teixobactin attacks the building blocks of cell walls – lipids – halting cross-linking between them, killing the bacterium. ‘In contrast to protein targets like enzymes, it’s very difficult for the cell to modify this target,’ said Tanja Schneider, Lewis’s colleague from the University of Bonn. ‘It would take so much energy for the cell to modify [the lipids].’

Teixobactin also targets other lipid molecules used to build bacterial cell walls. The team argues that in the event one lipid is no longer targeted by the drug, a different lipid molecule can be bound by teixobactin, further improving its ability to halt the rise of resistant strains of bacteria. The researchers add that it may be possible to optimise the antibiotic by developing a range of semi-synthetic compounds by modifying the natural product.

Clifton Barry, from the National Institute of Allergy and Infectious Diseases, US, believes the study will bolster the case that natural products are one of the best sources for new antibiotics, rather than searching chemical libraries in a lab. ‘It represents a huge step forward in natural product discovery,’ he tells Chemistry World. But Barry adds that it there is a long road ahead before teixobactin can make it to market. ‘At this point, I would call this an advanced hit in a series,’ he says. ‘This is not anywhere near ready for clinical use.’