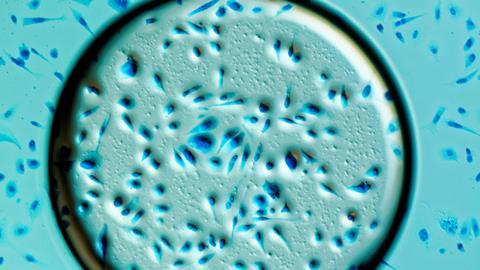 This week, Kat Arney explores the legacy of a bright blue dye familiar to biochemists everywhere.

Any scientist who has ever worked with proteins is probably familiar with the intense colour of Coomassie blue – the bright blue dye used to visualise distinct bands of protein molecules once they have been separated through a process called gel electrophoresis. It’s a fundamental part of every biochemist or molecular biologist’s toolbox, but this handy dye has a long and fascinating history.

Our story starts in the 19th Century, as Britannia rules the waves. The British Empire stretched over the globe, and included a quarter of the Earth’s population. Yet there were pockets of resistance to colonial rule. One of these was the Ashanti – a kingdom covering much of west Africa, including the country that we call Ghana today. 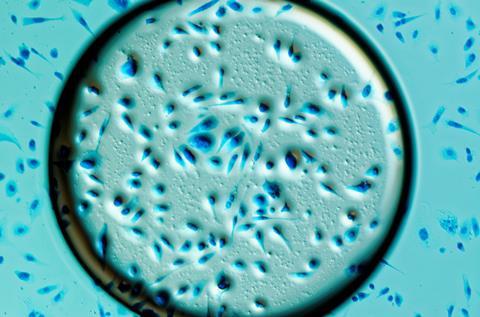 Far from fitting into the then-popular stereotype of African savage, the Ashanti Empire was wealthy and sophisticated, with culture, architecture and plenty of firepower. As a result, it took four bloody wars for the British to finally beat them into submission in 1896. Following such a protracted conflict, the news that the Ashanti capital Coomassie had fallen made headlines around the world, and its name seeped into the public consciousness. Today the city is known as Kumasi, with an alternative spelling, and it’s still the major hub of Ashanti culture.

As well as being a time of Empire, the Victorian era was a time of invention, and chemists were busy coming up with new dyes to meet the growing demand for coloured clothes. Casting around for a name for their new range of acid wool dyes, the UK-based manufacturer Levinstein Limited settled on Coomassie, hoping to trade on the fact that people had already heard of it. One of them was Coomassie Brilliant Blue.

It’s a type of chemical known as a triphenylmethane dye, which works by binding to the keratin molecules in wool under acidic conditions. It was this property that gave the Australian biochemist Stephen Fazekas de St Groth and his graduate student Robert Webster the idea of using wool dyes to stain the proteins they were working with in the lab, where they were trying to measure the interactions between the flu virus and proteins produced by the immune system.

In search of a suitable dye, they contacted local wool manufacturers and tested a selection of different chemicals. Living up to its name, Coomassie Blue did a brilliant job and they published their findings in the journal Biochimica et Biophysica Acta in 1963. Webster even recalls telling a chemical salesman who was hawking a less effective dye that everyone should be using Coomassie Blue. The salesman dutifully made a note, and within a year it had become the most popular laboratory dye. 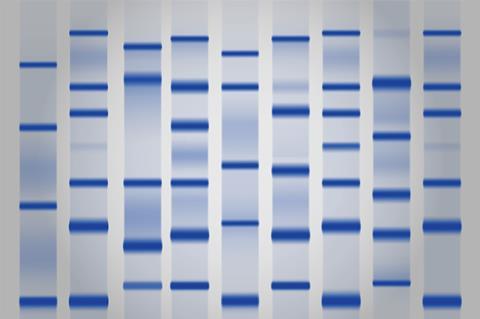 Just two years later, TS Meyer and BL Lamberts showed that Coomassie Blue could stain bands of proteins that had been separated by running them through a polyacrylamide gel with an electrical current. This formed the basis of a fundamental lab technique that enables researchers to identify, quantify and purify particular proteins and is used on a daily basis in labs everywhere.

In fact, Coomassie Brilliant Blue is actually two very slightly different chemicals – one with a reddish tint and the other more green. The red version was originally used by Fazekas de St Groth and Webster, but today’s biochemists usually use the green form, which is easier to work with. Just to add to the confusion, there are more than 40 dyes with ‘Coomassie’ in their name, including other blues. And a very slight variation in the chemical structure of Coomassie Brilliant Blue gives a non-toxic blue food dye known as FD&C blue dye no. 1, also known as Brilliant Blue FCF (which stands for ‘for colouring food’). It’s found in pretty much any food coloured blue, from Smarties to soda to those strangely-coloured slushy drinks.

As well as being a vital lab chemical, the green form of Coomassie Brilliant Blue is used in medical applications. Under the name Brilliant Peel, it’s used in eye surgery to help stain structures inside the eye. It’s even being investigated in medical research for treating spinal injuries, as it can reduce the swelling response that can kill nerve cells. So far tests in rats have been promising, although it has the unexpected side effect of temporarily colouring the skin, leaving them with very cute-looking blue paws and noses.

Kat Arney with the background to Coomassie Brilliant Blue. Next week, Mike Freemantle brings us the compound at the heart of the pollution story immortalised in the film Erin Brockovich.

At the Hinkley compressor station, sodium dichromate was added to the water in cooling towers to prevent the formation of rust. The wastewater from the towers was discharged into shallow ponds. Water from these ponds seeped into the groundwater feeding into the wells that were used to provide drinking water for the town’s residents.

Find out more with Michael Freemantle next time. Until then, drop us a line through any of the usual routes if you have any suggestions of compounds to cover. I’m Ben Valsler, thanks for listening.