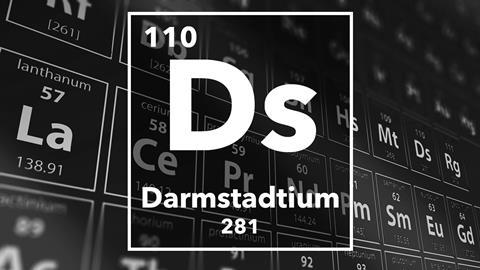 This week, an element that brings fleeting moments of wonder. Here's Brian Clegg.

I've a coffee cup on my desk, a Christmas present from my niece, inscribed with the periodic table. There, at element 110 beneath platinum, is the clumsy and practically unpronounceable ununnilium – just a fancy way of saying 'one one oh – ium'. A range of artificial elements were originally given placeholder names like this back in 1979 by the International Union of Pure and Applied Chemistry, the body that controls the naming of chemical elements.

Often this was because there was a dispute over just who had discovered the element and got the honour of naming it, but now, I'm glad to say, element 110 has a more manageable name, darmstadtium and my mug is out of date.

This is one of the transfermium elements, the discontinuous block above element 100 that takes in a couple of the actinides and the row that continues after the actinides with lawrencium. If there is one thing that typifies darmstadtium it's that it is an element of speed. The first isotope discovered, darmstadtium 269, has a minuscule half life of just 270 microseconds. Before you can cry out in triumph 'We've made darmstadtium!' it is long gone. 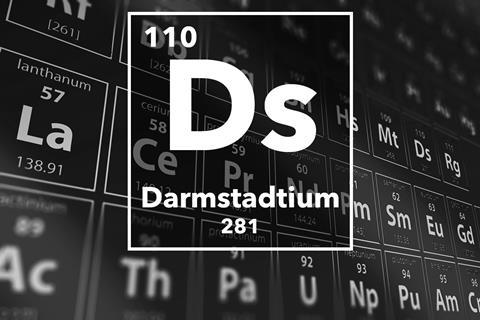 Periodic table of the elements – 110 – Darmstadtium

This brevity contributed to the disputes over who first made element 110. It was claimed by both the Joint Institute for Nuclear Research in Dubna, Russia in 1987 and by the Lawrence Berkeley Laboratory in 1991, but there was considerable doubt about both claims. Darmstadtium was to get its name after the location of the Gesellschaft für Schwerionenforschung, roughly translating as the 'centre for heavy ion research'.

Usually contracted to the more easily pronounced GSI, and part of the impressively named German government group of establishments the Hermann von Helmholtz-Gemeinschaft Deutscher Forschungszentren, the GSI is located at Darmstadt in Germany. The alternative name of wixhausium was briefly considered for the element, after Wixhausen, the part of Darmstadt where the institute is located, but darmstadtium was considered to have a better ring to it.

In 1994, at the GSI, an international team slammed high energy nickel ions into a lead target. The group, led by Sigurd Hofmann, included German physicists Peter Armbruster and Gottfried Münzenberg, a pair who between them have brought six of the transfermium elements into existence. Despite throwing in 3 trillion ions per second, just 3 atoms of darmstadtium 269 were produced, decaying to hassium, seaborgium and rutherfordium in the blink of an eye. 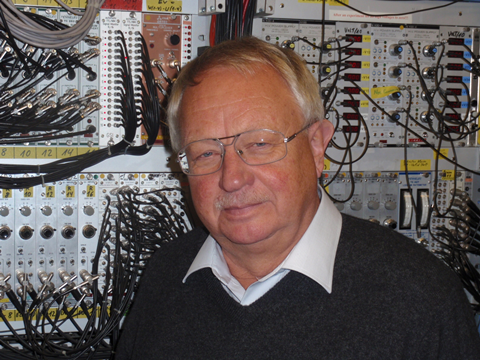 To date, a handful of other isotopes have been made, all blinking out of existence before there's a chance to investigate their properties. There is some dispute over just what the half-lives are, but the longest is probably darmstadtium 281 at 11 seconds. The expectation, if we could study a piece of darmstadtium is that this would be a silvery metal, not unlike platinum in behaviour – but short of slowing down time, no one is going to get a chance to see.

It's worth taking a closer look at just how darmstadtium was brought into being. Like all the elements heavier than uranium, it does not exist at all in nature. Up to around the element 100 mark, the heavier elements can be produced by pumping in neutrons, which undergo beta decay, giving off an electron, to add extra protons to the nucleus. But for heavier atoms still, like darmstadtium, it is necessary to slam particles like the nickel ions used here into a nucleus at velocities around 10 per cent of the speed of light, giving them enough energy to overcome the powerful electromagnetic repulsion of the nucleus, and allowing fusion to take place.

The nickel ions were accelerated by UNILAC, short for 'universal linear accelerator' a 120 metre long straight acceleration chamber at the GSI where a series of powerful electromagnets blast charged particles along at higher and higher speeds. The vast majority of collisions fail, but just occasionally the nuclei fuse, typically losing a small number of neutrons and settle down to a short-lived new element. In the case of darmstadtium, the nucleus soon emits alpha particles – helium nuclei consisting of two protons and two neutrons bound together -  which  transforms the darmstadtium into its longer-lived decay products. 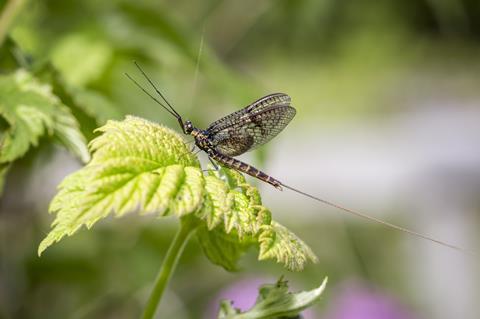 Is darmstadtium the mayfly of the chemical world?

With so many trillions of particles being shot down the accelerator, it is a difficult task to separate the very few products where fusion has taken place. This is the job of a second piece of technology called SHIP, the Separator for Heavy Ion reactor Products. SHIP acts as a filter – by balancing electric and magnetic fields very precisely, only the particular heavy reaction products, in our case, darmstadtium, that are selected for get through without being deflected out of the way.

Rather confusingly, despite its short-lived nature, you may find yourself taking a visit to Darmstadtium or even holding a meeting there. This is because the town of Darmstadt took the name from the element for its science and meetings building – in essence a convention centre – opened in 2008.

If elements were insects, darmstadtium would be the mayfly of the chemical world. It exists for the most fleeting time before it transforms to something else. Darmstadium is never going to have a practical use - but its sheer brevity of existence gives it a wistful fascination.

So its lack of application is made up for by the wistful wonder of its chemistry. That was science writer, Brian Clegg, with the fast paced chemistry of darmstadium.

Now next week, we get minty fresh.

If you chew gum, you will most likely encounter another result of rhodium catalysis, menthol. Originally extracted from different species of mint plants, the demand for this substance, with its characteristic minty scent, far exceeds the natural sources and it is now produced in several thousand tonnes a year in the process devised by Japanese Nobel Prize winner Ryoji Noyori.

And for other uses of the rare element, rhodium, join Lars Ohrstrom in next weeks Chemistry in its element and until then, I'm Meera Senthilingam and thank you for listening.