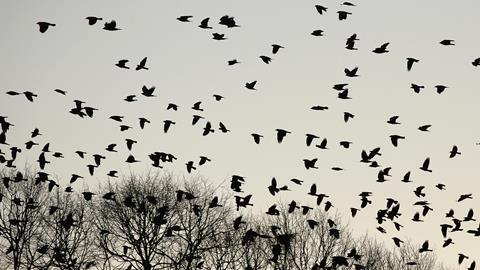 Alfred Hitchcock was known as the ‘master of suspense’ for his ability to keep audiences on the edge of their seats. This week, Katrina Krämer looks at the real life inspiration behind one of his best known films…

Melanie Daniels takes a cigarette from a black leather case and proceeds to light it with a silver zippo. She is oblivious of the single crow that lands on the playground climbing-frame behind her. Melanie relaxes, sits back on a bench, and listens to the children’s singing coming from the adjoining school. As Melanie continues to smoke, she spots another crow flying across the yard. She follows it with her eyes until it lands on the climbing-frame. There, it joins the hundreds of crows that have suddenly gathered. They perch silently, their black bodies look like surreal cutout shapes in the bright sunlight. Open-mouthed and wide-eyed, Melanie stands, her cigarette forgotten. She backs away – slowly at first, then ever more quickly – towards the safety of the school building. 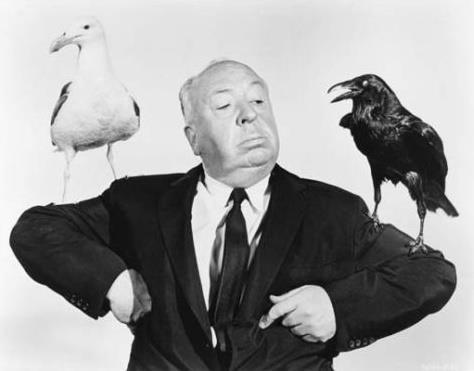 A promotional still for Alfred Hitchcock's The Birds

If you haven’t already guessed, this scene comes from the 1963 classic The Birds, directed by the master of suspense, Alfred Hitchcock. In the film, Daniels and her companion Mitch Brenner find themselves alternating between running away from and fighting large flocks of crows, gulls and sparrows – all of which have suddenly turned to violently attacking people while squawking like the dinosaurs they once were. The ornithological horror story became one of Hitchcock’s most famous films.

The Birds is based on a short story by English author Daphne du Maurier. But Hitchcock might have had another – very real – source of inspiration in the events that happened close to his home in Monterey Bay, California. On August 18 1961, the headline on a local newspaper, the Santa Cruz Sentinel read 'Seabird invasion hits coastal homes – thousands of birds floundering in streets.'

According to the report, crazed seabirds pelted the shores, regurgitating anchovies, slamming into rooftops and cars, and dying on the streets by the thousands. Why exactly the birds were behaving erratically and dropping dead, nobody knew.

Half a century later, biological oceanographer and Hitchcock movie fan Sibel Bargu Ates from Louisiana State University, US, decided to solve the mystery. She had a hunch that a single chemical compound had been responsible for the mad birds: domoic acid.

Domoic acid is produced by single-celled marine algae called Pseudo-nitzschia. The compound is a neurotoxin that causes disorientation, seizures, tremors, and, in severe cases of poisoning, brain damage and death. Domoic acid accumulates in the food chain, so animals like sea birds and marine mammals are particularly at risk. In humans, domoic acid causes so-called amnesic shellfish poisoning because it causes memory loss.

In autumn 1987, 107 people in eastern Canada fell ill after eating mussels harvested in the same area. While most people only experienced the usual food poisoning symptoms, several older people developed neurological problems. Some patients displayed purposeless grimacing and chewing, others were suffering from short-term memory loss. Some fell into a coma, three died. Some of the more severely affected survivors never recovered memories from before the event. 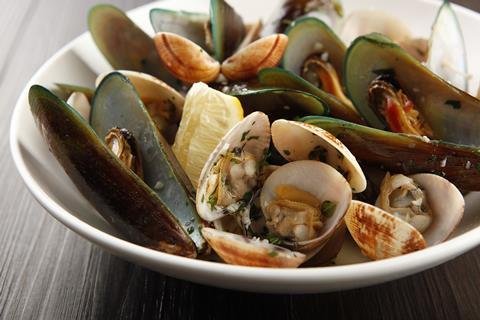 At first, scientists were stumped as to what caused the unusual symptoms – poisoning with other marine toxins such as saxitoxin and tetrodotoxin typically lead to muscle problems and paralysis. In December 1987, scientists at the National Research Council of Canada identified domoic acid as the culprit.

Since then, several cases of mass domoic acid poisonings have been reported, though none in humans. In 1991, 150 pelicans and cormorants died along California's coast. 400 disoriented sea lions were found dead in the same area in 1998. Bargu and her colleagues Claudia Benitez-Nelson, David Garrison, Mary Silver and Mark Ohman wanted to find out if domoic acid was also responsible for the 1961 bird frenzy. But first, they had to get their hands on 50-year-old samples.

We thought, wouldn't it be great if we had some samples, 1960 samples. But there was no water sample that we could find. There was no fish samples we could find. And then Dave Garrison and Mary Silver were very familiar with this archival collection from Scripps. And they said, you know, they do collect zooplankton sample since 1945. Let's talk to Dr Ohman [from the Scripps Institution of Oceanography] and see if there is a possibility for us to utilise some of these samples. So I went down to Scripps, got some samples from their collection, and then we dissected their guts. And all these zooplankton organisms, the reason why we were so excited about this archival samples, because they are filter feeders. So most of them are non-selective filter feeding organisms that feed on phytoplankton. And because they are non-selective and they are filtering, they're kind of like a trash can, they accumulate everything that gets in the water in this small scale. So we expect if there is a bloom of Pseudo-nitzschia at the time that it must be reflected in their gut content. 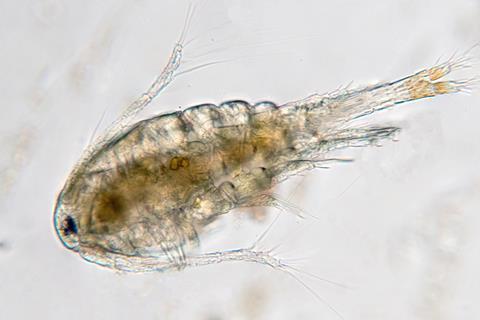 As Bargu and her co-workers carefully dissected the tiny animals’ bodies under the microscope, there was the evidence they had been looking for: the planktons’ guts were packed with Pseudo-nitzschia. The team estimated that there had been at least as much of the algae in the waters off California in 1961 as there was during the more recent, confirmed Pseudo-nitzschia bloom in 1991.

While this isn’t final proof of the fact, Bargu thinks it’s pretty likely that the 1961 bird craze was caused by domoic acid and that compound therefore inspired one of the most famous horror films of all times.

It's not representing exactly what happened, obviously. But I think some of the actual bird behaviour, somewhat reflected in his movie, and probably got him excited about some of the local episodes that he was experiencing together with the book that he was basing the movie from. So I think this was a very kind of cool, additional support for Hitchcock to make the movie. Now when I watch it, I think all about this study. So it's kind of an extremely cool for me. But I think at the time, when we published the paper, a lot of people got excited as well.

So it might be no coincidence that The Birds is set in Bodega Bay, a real-world seaside town less than 200 miles north of California’s Monterey Bay – all thanks to a poison produced by a microscopic algae.

That was Katrina Krämer speaking to Sibel Bargu Ates about domoic acid. Next week, Enna Guadalupe returns with a sports supplement containing a concerning compound.

After hearing the buzz about it at her local gym, Claire thought it could give her a boost during the marathon. Little did she know however, that this innocent looking powder contained the potent stimulant methylhexaneamine, which is on the World Anti-Doping Agency’s list of prohibited substances.

Join Enna next time to find out out more. Until then, get in touch with your favourite compounds for us to consider – email chemistryworld@rsc.org or tweet @chemistryworld. I’m Ben Valsler, thanks for joining me.