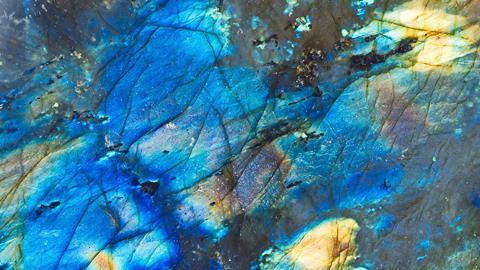 This week, Brian Clegg on a useful mineral that, when bits chip off the surface of Mars and fall down to Earth, helps us understand our solar system. 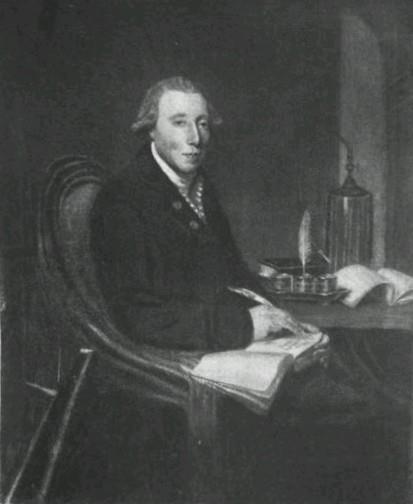 What links Mars, a German field, archaeology and glassmaking? That would be feldspar – a group of extremely common metal aluminium silicate minerals that collectively form at least 50 percent of the crust of the Earth’s landmasses. That name combines the German for field (Feld) with a word related to Spæren, the Old English for gypsum, which came to mean any crystalline mineral that was easily split. It’s not uncommon to see ‘felspar’ without a d – apparently this variant was intentionally introduced by the eighteenth-century Irish geologist Richard Kirwan, based on an incorrect derivation – the Oxford English Dictionary sniffily tells us that this spelling is more common than the correct form.

The metal that joins aluminium, silicon and oxygen is often an alkali metal – calcium, sodium or potassium – though there are also barium and ammonium varieties. In each case we’ve got what’s called a tectosilicate, which has a three-dimensional framework. Tectosilicates are extremely common, as they also include silica and zeolites, collectively making up around three quarters of the Earth’s crust.

No one would describe most varieties of feldspar as beautiful, though there are variants known as sunstones, moonstones and labradorite that have impressive optical characteristics and have been used as gems. But feldspar is both easily obtained and useful. It is an ingredient employed in both glassmaking and ceramics. In glass, the aluminium oxide content of the mineral helps toughen the product both for containers and glass fibres, while in ceramics, alkali metal oxides lower the melting point of the mix, achieving a unified material. In total, around 20 million tonnes of feldspar feed into these trades each year. 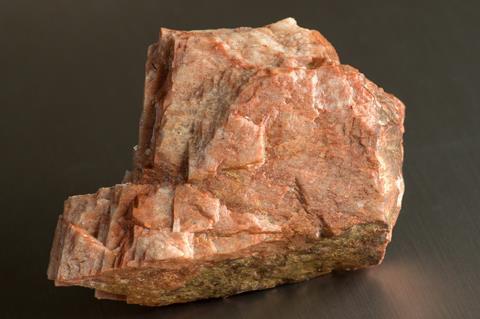 One feldspar, though – the potassium form – has proved to be an archaeologist’s friend. Most of us are familiar with radiocarbon dating, based on the decay of radioactive carbon-14. However, this technique can only reach back around 50,000 years, as the half-life of carbon-14 – the time it takes in which half the quantity in a sample will have decayed – is only 5,730 years. By contrast, the half-life of potassium-40 is around 1.25 billion years, making it a means of dating far older materials. Over time, potassium-40 decays to both calcium-40 and argon-40. Although the calcium decay product is more common, it is difficult to distinguish from pre-existing calcium, but argon-40, trapped in the feldspar’s crystalline structure, is only likely to have originated from decay. The higher the argon to potassium ratio, the older the sample.

Another technique for which potassium feldspar is particularly valuable is luminescence dating. This can put a time to a particular transformation in the geological layers of the Earth, as it can identify how long it is since a particular mineral was hit by sunlight. The decay of that same radioactive potassium to calcium gives off beta radiation – high energy electrons, which can be trapped in the crystalline structure and build up over time. When exposed to the sun, these electrons tend to be released. As a result, the build-up of charge, measured by the level of light given off by a sample after being stimulated by a blast of illumination, effectively measures the time since the crystals were exposed on the surface. There are some provisos: cosmic rays, high energy particles from outer space, can also result in charge building up, but this is eliminated based on assumptions of the rate at which cosmic rays have arrived over time.

Feldspar has also turned up on the Moon, where it forms the most common highland rock, and on Mars. Perhaps surprisingly, we have been aware – without realising it – of some Martian geology (or, perhaps I should say aresology, as the ‘geo’ part of geology refers to the Earth) since the nineteenth century. A small percentage of the meteorites that have been discovered on the Earth were blasted from the Martian surface by a body smashing into the red planet. These special meteorites were identified as unusual, but it was only realised why they were so different when data started to come from landers on the Martian surface in the 1970s and 80s. 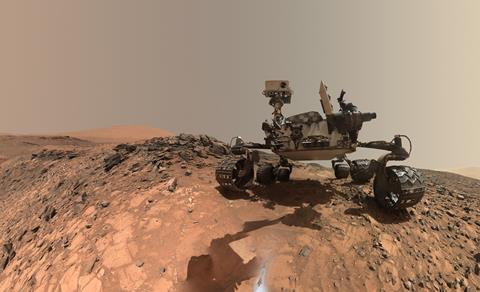 Nasa’s Curiosity rover on the surface of Mars

Not entirely surprisingly, given Mars’ reputation as the red planet, some of these meteorites had a high iron content, but others contained a considerable amount of feldspar. In 2012, NASA’s Curiosity rover came across an area of sand with scattered small rocks, given the name Rocknest. The rover took a sample of the sand and used X-ray diffraction to analyse it, the first time this technique had been used on Mars. The CheMin module on Curiosity sent a beam of X-rays through a sample and detected the resultant diffraction pattern. Curiosity was able to report a significant feldspar content to the sand.

Feldspar may usually be a fairly dull, workaday mineral. It’s rarely attractive to look at, and when it is used in industry it is a source of compounds that will never be directly seen. But there’s a whole lot of it out there – and geologically (not to mention aresologically) it will always have a significant part to play in our understanding of the structure of the planets.

That was Brian Clegg with feldspar, which also plays a role in next week’s podcast, in which Michael Freemantle pores over porcelain. Once again, I’ll be reading that on Mike’s behalf. Until then, find all of our previous podcasts at chemistryworld.com/podcasts, and if you spot a conspicuous gap in our compound catalogue, get in touch! Email chemistryworld@rsc.org or tweet @chemistryworld. I’m Ben Valsler, thanks for listening.