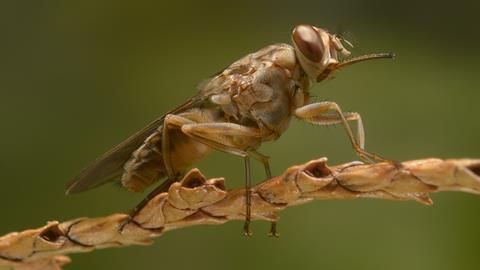 The World Health Organisation hope to eradicate sleeping sickness within our lifetimes. Jamie Durrani looks at a drug that may make it possible.

Eradicating a disease isn’t easy, but that doesn’t stop groups like the World Health Organisation from setting ambitious goals. One such is to eliminate sleeping sickness within the next few decades, and in this week’s podcast, Jamie Durrani explores one of the drugs that may make it possible.

In July 2019, a new addition was made to the World Health Organisation’s List of essential medicines – the crucial pharmaceuticals needed to tackle the world’s most pressing public health issues. The new listing wasn’t a particularly new discovery – in fact, it was first made more than forty years ago. But only recently have fexinidazole’s remarkable properties been realised and put to good use.

Fexinidazole is an antiparasitic with potential to revolutionise the treatment of sleeping sickness, the common name for African trypanosomiasis.

Sleeping sickness is a parasitic disease, most common in rural areas in sub-Saharan Africa. The single-celled parasites that cause the disease are passed from person to person by the tsetse fly – a biting insect, whose spread across large swathes of Africa was accelerated by the movement of European colonialists. Sleeping sickness epidemics in the late 19th and early 20th centuries are estimated to have caused millions of deaths. 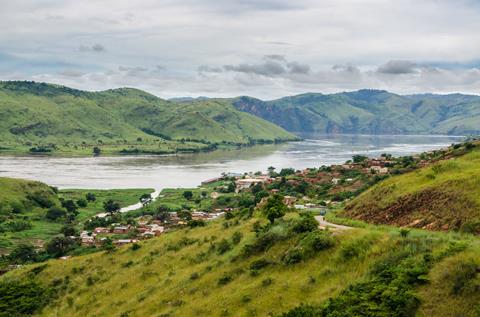 Today, sleeping sickness cases number in the thousands. More than 80% of these are found in the Democratic Republic of the Congo (DRC), in villages spread along the banks of the river Congo where the tsetses thrive.

Within a week or so of being bitten, those infected begin to experience itching, joint pains and headaches. They also endure fevers that can last for several days. As the parasite invades the circulatory system, sufferers may notice swollen lymph nodes.

The disease worsens over a period of weeks and months. Eventually the parasite will attack the central nervous system, at which point the illness enters the much more severe second phase. Symptoms include confusion, stuttered movements and disruption of the sleep cycle. Patients will often lose consciousness during the day, and struggle to sleep at night. This can lead to psychiatric symptoms, such as irritability and even psychotic episodes. Untreated, the disease will prove fatal, with sufferers falling into a coma and experiencing multiple organ failure. 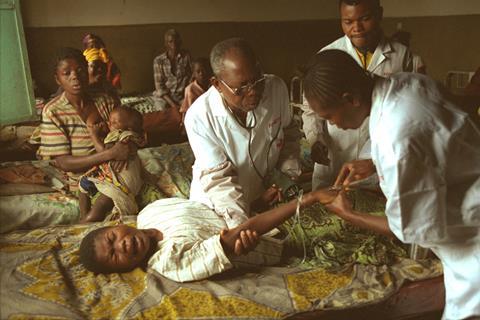 Treatments for sleeping sickness have existed for many years. Melarsoprol was developed in the 1940s and is effective at killing the parasites. But melarsoprol is a derivative of arsenic, and brings with it unpleasant side effects. It also kills around 10% of the people treated with it.

Another drawback of melarsoprol (and other treatments) is the fact that it must be administered intravenously over a period of weeks – something entirely impractical in the remote and resource-poor communities where sleeping sickness is most prevalent.

So what about fexinidazole? Well, that was first synthesised in 1978 by scientists working for the German drug manufacturer Hoechst – now part of Sanofi. But Hoechst halted development of the drug in the 1980s, when it retired its tropical disease programmes. As is the case with many tropical illnesses, a treatment for sleeping sickness was never going to make big profits – and so the once promising lead was abandoned.

The story picked up again in 2005 when the non-profit Drugs for Neglected Diseases Initiative (DNDI) got involved. DNDI specialise in overlooked areas of medical need, and had partnered with the Swiss Tropical and Public Health Institute to search for molecules with antiparasitic activity. This project led to the rediscovery of a powerful nitroimidazole compound that seemed to activate enzymes in parasites that quickly brought about their death. That drug was fexinidazole.

Over the following decade, DNDI spent £55 million reviving research into fexinidazole, and a 2009 collaboration agreement with Sanofi paved the way for clinical trials. With the support of national health bodies and organisations like Médecins Sans Frontières, more than 2 million people were assessed for sleeping sickness, and almost 1000 patients in the DRC and Central African Republic were enrolled into trials.

A huge advantage of fexinidazole over other treatments is that it comes as a simple pill – making it much easier to distribute to patients. What’s more, the medication appears to reverse the illness during both the first and more severe neurological phase after just ten days of treatment.

In 2018, forty years after it was first discovered, fexinidazole received approval from the European Medicines Agency, and a few months later was approved for treating sleeping sickness patients in the DRC.

Control measures have contributed to a 95% decrease in the numbers of sleeping sickness cases during the 21st century. Now armed with simple and effective treatment options, the World Health Organisation hopes to see the disease eradicated entirely within the next decade.

That was Jamie Durrani with fexinidazole and the quest to eradicate human African trypanosomiasis. The Covid-19 lockdown means I can’t meet up with some of our regular podcast contributors, but that doesn’t stop them from researching interesting compounds for us to include. So next week I’ll be reading Mike Freemantle’s words as he looks into the first ever ‘blockbuster’ drug, the peptic ulcer treatment cimetidine.

Until then, get in touch with any suggestions – email chemistryworld@rsc.org or tweet @chemistryworld, and find all of our previous podcasts at chemistryworld.com/podcasts – check the back catalogue for your favourites and don’t forget to subscribe so you never miss a podcast again.

I’m Ben Valsler, thanks for listening.

Additional music: Nabo by In this World and Safari nights by Electric Organic, via Soundstripe