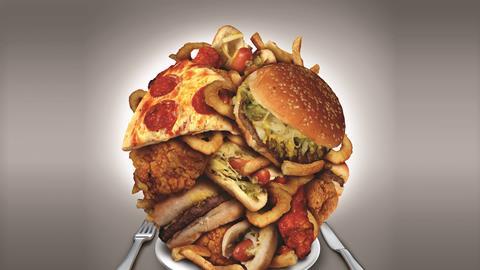 The one hormone that we know is involved in appetite

But the chemistry that controls that most basic human desire – hunger, isn’t well understood. One peptide hormone that seems to be involved is Ghrelin, and Martha Henriques investigates.

No one is a stranger to hunger, whether it’s a case of mid-morning peckishness or of starvation in a country plagued by famine. But the chemical and physiological causes of our experiences of hunger are multifaceted. The many faces of hunger vary according to when you eat, what you want to eat, whether you’re likely to eat and how much you eat. 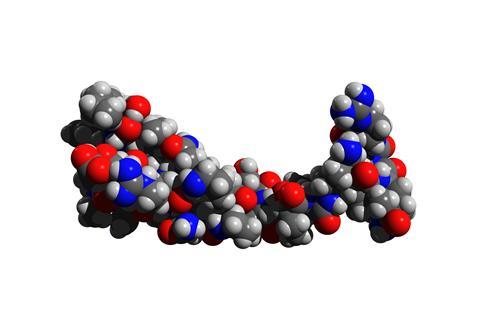 Ghrelin, the only hormone known to increase appetite, is a simple peptide just 28 amino acids long. In cell culture experiments, the ghrelin receptor has been shown to link to receptors for dopamine—a neurotransmitter closely associated with pleasure and reward. Ghrelin also targets cells in an area of the brain called the ventral tegmental area, which is part of the brain heavily involved in reward-seeking behaviours and addiction.

When ghrelin kick starts our reward-seeking behaviours by acting on this part of the brain, it can stimulate us to not only make a trip to the fridge, but to be picky about the kinds of food we eat. Suzanne Dickson, a biologist at the University of Gothenburg in Sweden, was part of the team that first discovered the link between ghrelin and appetite in the early 1990s. If we were satisfied by eating just one kind of food, we’d soon become malnourished, she says. No one could live on porridge forever.

To keep getting a dopamine kick when we eat, we have to keep seeking out different foods, she says. Unlike with drugs that also act to release dopamine, such as cocaine, eating just one kind of food food over and over again doesn’t give a reliable kick. The dopamine response would get smaller and smaller each time. Ghrelin, acting via the reward-seeking pathway, encourages us to go out into our environment and seek a range of nutrients to satisfy cravings.

But ghrelin doesn’t always have such an enjoyable role in appetite. Its action changes under fasting or starvation conditions. When there’s no food around, ghrelin acts on a group of cells in the hypothalamus that release agouti-related protein, this time initiating a deeply unpleasant experience of hunger, Dickson says. The reward system has no role to play here. Under these conditions, ghrelin is playing a role in homeostasis—the body’s constant effort to maintain itself in a changing environment. 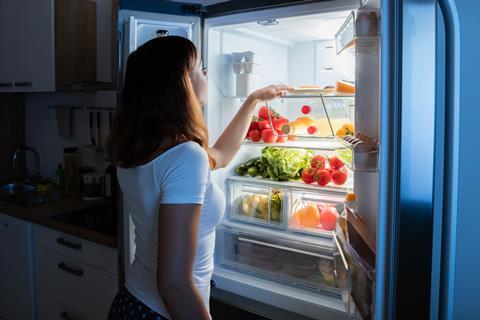 Another of the darker sides of ghrelin is when there is an overabundance of food. It’s possible that it’s regulated differently in obese people, for instance, that the receptor might be hyperactive, Dickson says. If this is the case then the receptor could be a target for hormonal treatments for overeating or obesity—but we need to learn much more about the receptor, and such therapies are a long way off yet, if they’re possible at all.

The ghrelin receptor is a tricky customer, because not all of its activity is directly regulated by ghrelin. This receptor has constitutive activity, which means that it can be active whether or not ghrelin is bound to it. So there’s no one-to-one correlation between the downstream effects of ghrelin and the presence of ghrelin itself.

To make the puzzle even harder, the release of ghrelin is a conditioned response—think Pavlov’s dogs. How does the stomach know to release ghrelin at the same time as conveying a hunger signal to the brain? Or as Dickson puts it, what’s the chicken and what’s the egg? If you have a cue that you’re going to eat food, Dickson says, then the stomach already releases ghrelin. So if ghrelin causes hunger, why is it released after you know that you’re going to eat?

That’s a typical counterintuitive problem associated with Pavlovian responses. But even so, Dickson is firm that despite everything we know about ghrelin, we still can’t say that ghrelin causes the experience of hunger. We know that when we experience hunger, ghrelin levels are high; we know that ghrelin also affects food choices and how much we eat. In other words, ghrelin brings about a lot of responses that would be consistent with having to deal with hunger, Dickson says.

But it’s hard to conceive of an experiment that would answer the question with any more certainty. If she could think of a way, she says, she would probably have already done it.

Described by the British Heart Foundation as ‘the most commonly prescribed medicines in the UK’, many medical professionals regard them as a no-brain option to help reduce the risk of cholesterol build-up and heart disease. Yet newspapers regularly carry headlines such as Statins can increase the risk of heart attacks and there is no evidence to support patients taking them and Statins may be a waste of time.

Find out more about statins in next week’s Chemistry in its Element podcast, and let us know if there are any compounds you would like to put under the microscope by emailing chemistryworld@rsc.org or tweeting @chemistryworld. I’m Ben Valsler, thanks for listening.