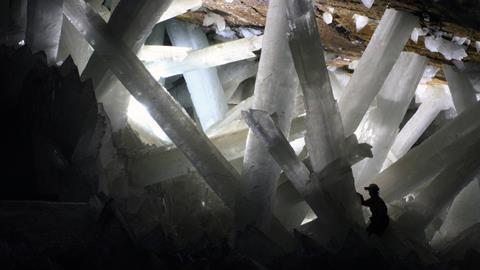 From Lavoisier’s experiments with plaster of paris to the the ‘Sistine Chapel of crystals’ in Mexico, Mike Freemantle explores the history of gypsum

This week, Mike Freemantle on a common mineral and an uncommon geological find.

Imagine squeezing into a hot, humid cave and discovering gigantic, translucent white pillar-like crystals protruding from its floor, ceiling and sides at all angles. This awe-inspiring sight met miners in a limestone chamber some 300 metres below ground inside a mountain in Mexico. One of the geologists who subsequently visited to research the cave, Juan Manuel García-Ruiz, described it as ‘the Sistine Chapel of crystals’. The crystals were up to a dozen metres long, four metres wide, and 55 tons in weight. They are thought to be the largest natural crystals in the world.

The miners discovered the Cave of Crystals in April 2000 while excavating a new tunnel in an ore mine at Naica, a small Mexican mining town in the Chihuahuan desert. They were looking for deposits of lead, silver and zinc minerals.

The crystals in the cave consist of a type of gypsum known as selenite. Gypsum is calcium sulfate dihydrate. The mineral occurs throughout the world, often in association with sedimentary rocks such as limestone. It is used as a fertilizer, as an orthopaedic plaster cast for immobilising broken bones, in the manufacture of plasterboard and Portland cement, and for a variety of other purposes. 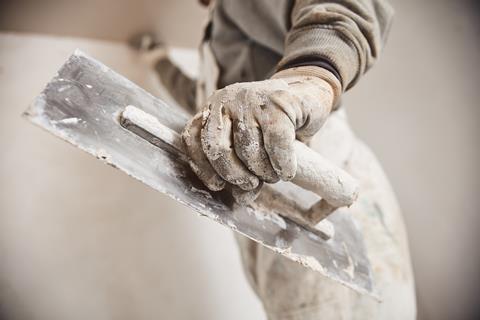 The birth of the giant selenite crystals in the cave dates back to the creation of the Naica mountain. That was some 26 million years ago when magma spewed out of an underground fault and forced up a layer of limestone rock. The magma heated the mineral-rich groundwater that seeped into the pores of the rock, flowed into its cracks and crevices, and flooded the cave.

One of the minerals was anhydrous calcium sulfate. As the temperature of the magma dropped, the water cooled and slowly hydrated the anhydrous mineral, forming a solution of gypsum. The solution eventually, over millions of years, became supersaturated with the hydrated mineral. Conditions inside the water-filled cave were perfect and sufficiently stable for nucleation and slow growth of the selenite crystals. Experts estimate that it took up to a million years for the crystals to reach their present enormous size. 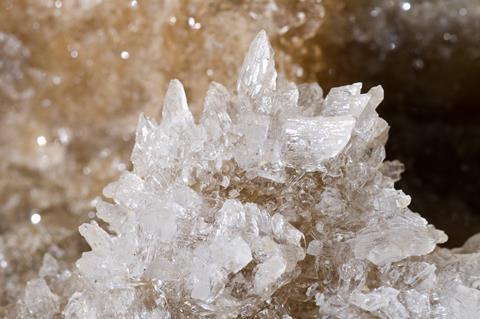 After the cave was discovered, the mining company pumped out the water and continued to do so as more dripped in from the limestone rocks. The cave, however, proved too dangerous for further mining exploration. The temperature and humidity were extremely high. As water entered, it turned into steam. Initially scientists and geologists could spend no more than ten minutes in the cave. And even with specially-designed protective clothing they could not stay longer than an hour.

Subsequent tests revealed that the crystals were beginning to deteriorate following years of exposure to air. In 2017, the company ceased pumping out the water and allowed the selenite-rich water to refill the cave. 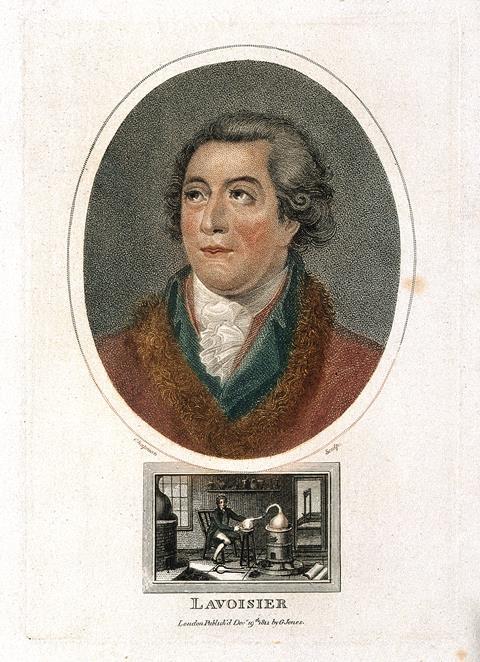 Antoine Lavoisier, the French chemist regarded as the father of modern chemistry, would certainly have been intrigued by the giant crystals. In 1763, when he was just 20 years old, he began collecting samples of gypsum while carrying out geological surveys in the Paris region. Gypsum had been mined extensively from abundant deposits in and around the city since the Roman times, most notably in the Montmartre district.

Lavoisier travelled the region on horseback with his servant carrying his scientific equipment and a box of reagents. Over the following two years or so, he collected some one hundred samples of the mineral. Most of these are now preserved in the Henri-Lecoq Natural History Museum in Clermont-Ferrand, France.

His early experiments focused on the conversion of gypsum to calcium sulfate hemihydrate, more commonly known as Plaster of Paris. The plaster is produced by roasting gypsum at about 150o C and then grinding it. The roasted powder rapidly hardens when water is added and then allowed to dry. It is has proved ideal for casting moulds and plastering walls and ceilings.

Lavoisier’s first two papers on chemistry, which he presented to the French Academy of Sciences in 1765 and 1766, were on the composition of gypsum, Plaster of Paris, and their solubility in water. In one experiment, he heated a sample of gypsum in an iron dish. ‘During this operation one notices a vapour, a light smoke, is driven off,’ he reported. Lavoisier showed that the vapour is gypsum’s water of crystallization and that putting it back causes the roasted powder to harden.

Lavoisier later became responsible for gunpowder production and research at the Royal Arsenal in France. Unfortunately for him, he was also a tax collector and served on several aristocratic administrative councils. On 8 May 1794, during France’s ‘Reign of terror’, he was executed by guillotine on a contrived charge of counter-revolutionary activity. He was 50 years old.

That was Mike Freemantle with gypsum – the compound that link the ‘father of modern chemistry’ to ‘the Sistine Chapel of crystals’.

Chemistry in its element is taking a brief summer break for the next few weeks, but we’ll soon be back with more curious compounds. Until then, please get in touch with any suggestions of stories for us to explore – email chemistryworld@rsc.org or tweet @chemistryworld. And now would be a great time to catch up on any old episodes you’ve missed – find them all at chemistryworld.com/podcasts. Thanks for joining me, I’m Ben Valsler.