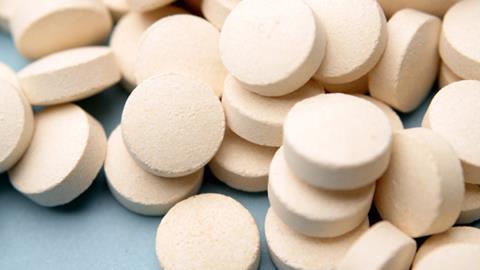 It failed as a painkiller, but Haldol rapidly became an essential medicine for schizophrenia. Raychelle Burks explains more

This week, a compound born from attempts to make synthetic painkillers, but rapidly adopted as an essential medicine for schizophrenia. Here’s Raychelle Burks.

In the 1950s, Paul Janssen of Belgium’s Janssen Laboratories set out to make powerful analgesics, like the popular opiate pain relievers morphine and dextromoramide. After talking with friend and fellow chemist Arnold Beckett, Janssen decided a chemical strategy. He and his team would tinker with the synthetic opioid meperidine, which was first synthesized in 1939. To avoid copycat claims from other chemical companies, Janssen’s team gave meperidine a serious make-over, making the first butyrophenone, which they called ‘R 1187’. Forty-four butyrophenones later, Janssen Laboratories had one of the most important drugs of the 20th century. 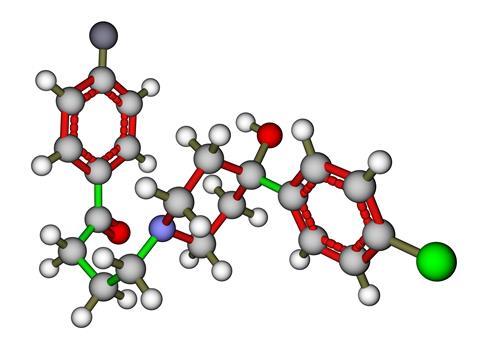 For supposed analgesic, haloperidol didn’t quite behave like one. Opioid analgesics were more powerful and excited mice. Haloperidol excited mice for about 15 minutes, then mice became catalepic and sedated. In fact, mice acted like they were on chlorpromazine, an antipsychotic medication first synthesised seven years before haloperidol.

For decades, haloperidol and chlorpromazine have been two of the most commonly prescribed medications for the treatment of schizophrenia. Haloperidol can address schizophrenia’s so-called ‘positive’ symptoms - those psychotic behaviors not seen in persons without schizophrenia.These include hallucinations, delusions, disordered thoughts and movements.

Haloperidol is thought to work by halting the hypothalamus’ production of the neurotransmitter dopamine. It’s thought that an imbalance in dopamine plays a role in schizophrenia, specifically its psychotic symptoms.

Just seven weeks after it was first synthesized, haloperidol (still known as R 1625) was being given to patients and the clinical effects of the drug were being studied by Belgian psychiatrists. Before 1958 was over, the first small-scale clinical study paper on R 1625 was published, with a follow-up published in 1959. That same year, an international conference on R 1625 was held, substantially contributing to the rapid adoption of the drug in Europe and beginning to establish this drug as one of the most important antipsychotic medications in psychiatry. The year 1959 also saw R 1625 officially become haloperidol with the brand name Haldol. Haloperidol was making a big impact in Europe, but it would take another ten years before Haldol would see usage in the US.

Why the slow American adaption after a rapid run in Europe? Changes to US FDA’s Food, Drug and Cosmetic Act in 1962 (the Kefauver amendments), requiring more testing and study, are thought to have played a role. It’s also been suggested that differing views on chemical intervention in psychiatry, along with at least one unfavorable clinical report, played a part. Perhaps the biggest to-market delay came in the form of patents and lawsuits.

That friend and fellow chemist Paul Janssen talked shop with - Arnold Beckett - supposedly provided key synthetic information received from Janssen to SmithKline & French, a competitor of Janssen Laboratories. This competitor seems to have tried whipping-up haloperidol-like molecules and going for a patent. A Johnson & Johnson subsidiary called NcNeil also joined the fray, attempting their own haloperidol patent run. The US Patent Office put a stop to NcNeil. Janssen sued SmithKline & French and won. Janssen got a US patent in 1969 and since then, haloperidol has been extensively used to manage a number of psychotic illnesses.

Haloperidol is recognized by the World Health Organization (WHO) as an ‘essential medicine’, because it ‘…satisf[ies] the primary health care needs of the population.’

Haloperidol - from lab product #45 to one of the world’s essential medicines.

That was Raychelle Burks, with the story of schizophrenia medication haloperidol. Next week, a solution that caused untold problems.

In the early 20th century, engineers noted a knocking noise develops in four-stroke engines when the air-fuel mixture ignites in pockets inside the cylinder, and not from a single front at the spark plug. The subsequent build-up in excess pressure severely limits the engine’s efficiency. In 1916, General Motors (GM) entrusted Thomas Midgley with finding a solution.

Midgley tested a range of petrol additives to reduce the noise, from common chemicals to the outright preposterous; in one instance, his team went as far as injecting melted butter into the cylinder. By 1921, the GM team had exhausted most of their options, but one candidate remained – tetraethyl lead.

Matt Gunther explains how our petrol became leaded, in next week’s Chemistry in its Element podcast. Until then, thanks for listening, I’m Ben Valsler.