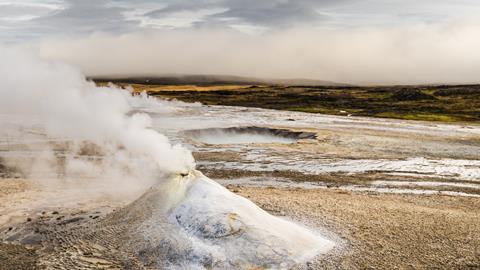 Mike Freemantle finds the connection between Land of Hope and Glory and the noxious, corrosive, flammable gas that stinks of rotten eggs

You may be familiar with Edward Elgar for his music. Even if you don’t know him by name, you would recognise the melodies: the regal Land of Hope and Glory comes from his Pomp and Circumstance march. Stirring stuff, but not content with just writing the sound track to royal coronations, Elgar had a side hustle as a chemist. Here’s Mike Freemantle.

What a difference an atom makes. Compare H2O and H2S for example. Water is a liquid at room temperature, does not burn, has little or no taste, and is essential to life. Hydrogen sulfide on the other hand is a flammable gas, smells of rotten eggs, and is highly toxic. 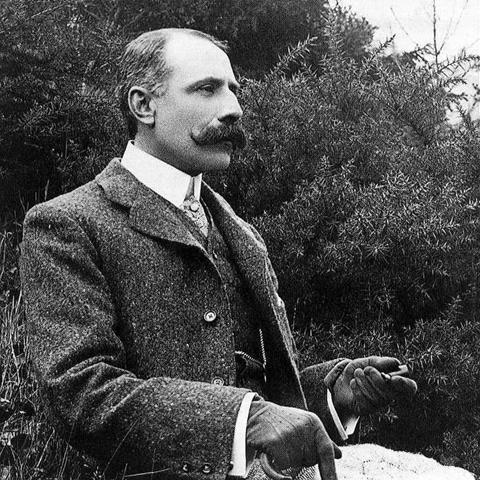 English composer and keen amateur chemist Edward Elgar may well have pondered these points as he cycled around the Malvern Hills while seeking inspiration for his musical compositions. In 1904, Elgar and his wife Alice moved from Malvern to Hereford where he set up a chemistry laboratory in the basement. Four years later he moved the laboratory to a shed in the back garden. The same year, he patented a device for making hydrogen sulfide which he called the ‘Elgar sulphuretted hydrogen apparatus.’

It was not the first such apparatus. In a paper published in the Journal of the Chemical Society in 1864, English analytical chemist Thomas Phipson described a new apparatus ‘for evolving sulphuretted hydrogen… without exposing the operator to the disagreeable and noxious effects of the gas.’ He prepared the hydrogen sulfide in a bottle by the reaction of dilute hydrochloric acid with what he called ‘sulphide of iron’. The compound is now known as iron(II) sulfide or ferrous sulfide. Another bottle containing ammonium hydroxide solution prevented any unused gas escaping into the laboratory.

An apparatus invented by the Dutch pharmacist and instrument maker Petrus Kipp in 1844 became one of the most popular ways of generating hydrogen sulfide and other gases in the 20th century laboratory. Kipp’s apparatus consists of three chambers stacked vertically. 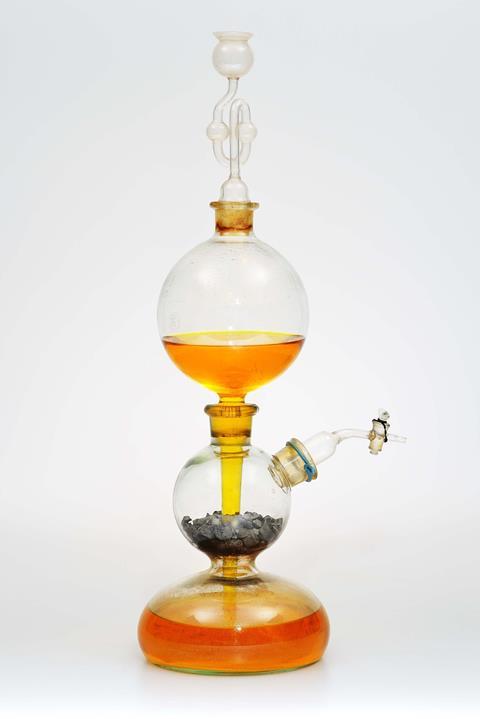 I remember my school chemistry teacher loading the middle chamber with lumps of iron(II) sulfide. He fed dilute hydrochloric acid from the top chamber through a funnel into the bottom chamber. The acid rose to submerge the lumps of iron(II) sulfide. On opening a tap connected to the middle chamber, the hydrogen sulfide gas generated by the reaction escaped through a tube into a gas jar.

As the gas is heavier than air, it sank to the bottom of the jar. Our teacher then ignited the gas. It burned with a blue flame, much to the delight of the class, leaving a deposit of sulfur on the top inside surface of the jar.

He then demonstrated that the compound is a reducing agent by bubbling the gas through potassium permanganate solution. The pink colour disappeared owing to the reduction of manganate(VII) ions to manganese(II) ions.

Hydrogen sulfide occurs naturally in some volcanic and natural gases, crude oil, and some springs and other water sources. It is also produced during the microbial decay of animal and vegetable matter. 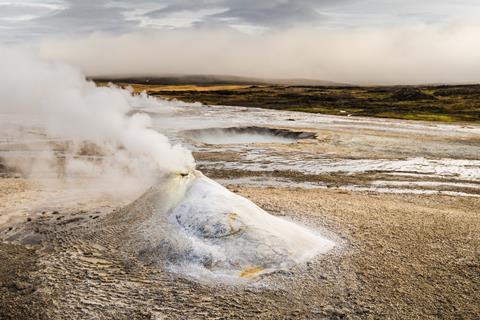 In the late 19th century and for much of the last century, hydrogen sulfide was widely used in laboratories as a reagent in systematic qualitative inorganic analysis.

The reagent was used to detect the presence of certain metal cations in solution. These cations, which included cadmium(II), copper (II), lead(II) and mercury(II), were collectively known as the copper group – or more recently as the second analytical group of cations.

When hydrogen sulfide was bubbled through a dilute hydrochloric acid solution of a copper group salt, the sulfide precipitated out. The colours of the precipitate gave the first indication of the metal. Cadmium sulfide, for example, is yellow. But several of the sulfides are black. Further tests were then carried out to identify the cation. Mercury(II) sulfide, for example, is the only one of the copper group sulfides that is insoluble in hot dilute nitric acid. 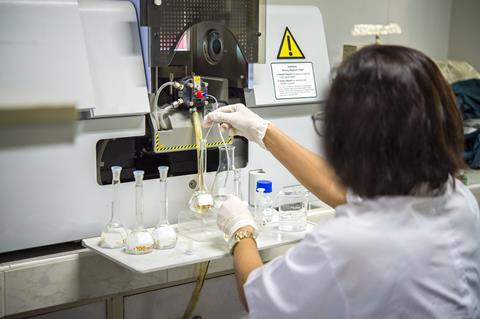 This form of chemical analysis was a standard part of chemistry undergraduate practical courses until the 1970s. But its use to identify a metal in a salt often proved complicated and cumbersome. It largely went out of fashion in the final decades of the last century with the advent of modern instrumental analytical techniques. Nowadays, atomic absorption spectroscopy and inductively coupled plasma mass spectrometry are commonly used for the rapid determination of metals in compounds. Analytical chemists and no doubt most chemistry undergraduates can therefore be thankful that they are no longer required to use hydrogen sulfide as an analytical reagent.

That was Mike Freemantle with hydrogen sulfide. Next week, Georgia Mills rewards us with a hit of a vital neurotransmitter.

It acts as both a hormone and a neurotransmitter, and regulates several important functions – from attention and emotion to learning and motivation. Dopamine also plays a part in sexual gratification and in nausea, hopefully never mixing the two.

Join Georgia next week. Until then, we’re waiting to hear from you – email chemistryworld@rsc.org or tweet @chemistryworld. I’m Ben Valsler, thanks for joining me.