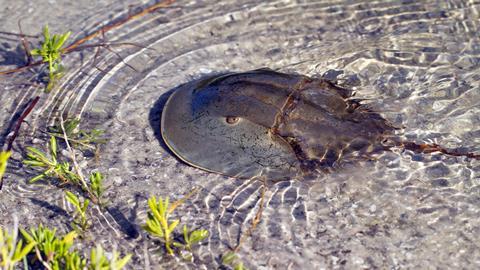 This week, how the behaviour of horseshoe crab blood revolutionised the drug industry. Here’s Frances Addison.

In 1968, two researchers from the Marine Biological Laboratory (MBL) in Massachusetts published a paper that would revolutionise drug safety testing. Frederik Bang and Jack Levin had just completed their third paper on the blood-like haemolymph of Limulus polyphemus, better known as the Atlantic horseshoe crab, and in it they detailed how to extract and isolate a substance they called Limulus Amoebocyte Lysate or LAL. At the time, they were unaware of how momentous their discovery would be for pharmaceutical companies – and for the local marine wildlife. 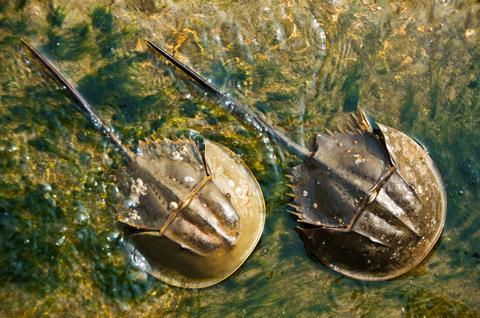 Horseshoe crabs – which are really not crabs at all but are in fact very, very distantly related to modern-day scorpions – have remained relatively unchanged since they first appeared over 400 million years ago. While their closest relatives were wiped out roughly 250 million years ago, four species of horseshoe crabs have survived to the present day. One factor that has certainly played a part in that survival is their primitive ‘immune system.’

When bacteria come into contact with a horseshoe crab’s blood, they trigger an enzyme cascade, mediated by cells known as amoebocytes, which causes the blood in the immediate area to clot into a gel. The purpose is two-fold – the gel surrounds and isolates the infection from the rest of the crab, while also acting as a physical barrier between the haemolymph and the external wound.

That’s good news for the crab, but it was ground-breaking for big pharma in the 1960s. 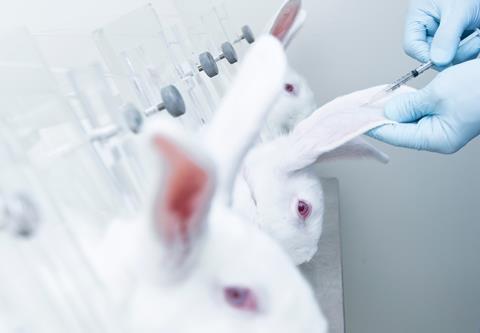 At the time, all pharmaceutical companies were required to maintain vast colonies of rabbits for the United States Pharmacopeia rabbit pyrogen test. The test involves injecting three rabbits with a drug sample and monitoring them for four hours; if any of them develop a fever, the batch is considered contaminated with bacteria and can’t be sold. It was an effective way of keeping infectious bacteria from an unsuspecting public, but it was very time-consuming and expensive.

Then along came Bang and Levin, outlining a simple, cheap way of obtaining an in vitro test capable of detecting bacteria at significantly lower levels than its in vivo equivalent.

The discovery would have been a substantial financial victory for MBL if they’d thought to patent the test then licence it to big pharma; unfortunately, this was something Bang and Levin omitted to do. They published their methods freely and in so doing, cut MBL out of what is now a multi-billion dollar industry. 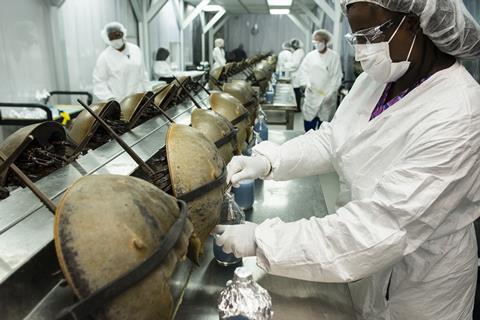 To make matters worse, another MBL researcher, John Valois, had obtained a large quantity of LAL from his colleague Stanley Watson and was selling it on to other researchers around the country. When MBL asked him about it, he told them that he was charging $15,000 a quart. Horrified at the thought of losing their tax-exempt status, the institute ordered him to stop.

Watson, however, had seen the financial potential LAL held and he intended to capitalise on it. He convinced MBL to file a patent for an improved technique of LAL harvesting, and then bought it off them for his own company. Initially, his clients were fellow researchers, but word spread quickly and when the FDA officially approved LAL testing as a replacement for the pyrogen test in 1977, business bloomed. Watson’s company, which he called Associates of Cape Cod, started out by harvesting LAL in the basement of his house. Today, it’s a leading global supplier of endotoxin tests. 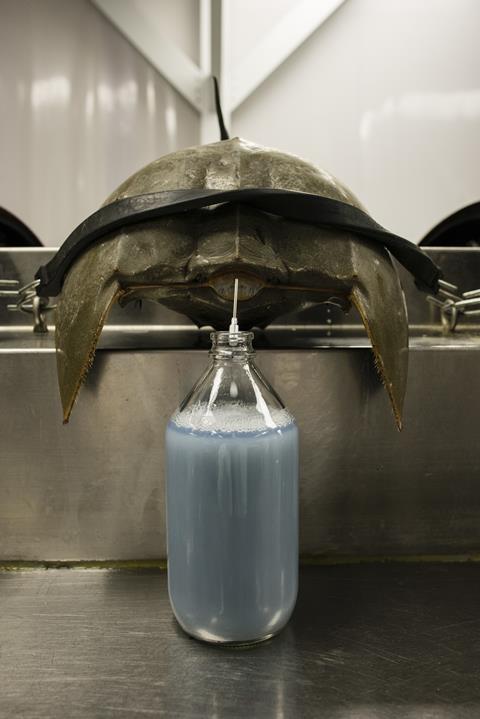 Surprisingly, horseshoe crabs seem remarkably resilient to the bleeding process and the majority of released specimens are thought to fully recover. However, a large number of crabs are killed each year and with the demand for LAL growing, there are concerns about the effect the industry has had on crab populations.

One solution would be to identify a synthetic alternative to LAL, something that Jeak Ding Ling from the National University of Singapore has been working on since the ‘70s. By studying Carcinoscorpius rotundicauda, a smaller cousin of L. polyphemus, Ling identified and isolated the gene responsible for Factor C – an active component in LAL – and spliced it into insect gut cells.

However, despite patenting the technique in the late ‘90s, only two companies are currently producing recombinant Factor C kits. The slow adoption is likely due to regulatory concerns – the European Pharmacopoeia only accepted them in 2016, and the first US drug using the testing was only approved in late 2018.

All the same, the idea is starting to gain traction with pharma companies, and that’s good news for horseshoe crabs.

More than 2.4 billion doses of Ritalin are prescribed each year. In the 2000s England saw more than a 300% rise in prescriptions. Non-prescription use of the drug is also on the up – news stories about the growing use of ‘smart drugs’ by students, and even reports of people injecting themselves with Ritalin for a high, are increasingly common.

Join Jamie next week. Until then, have a look through the podcast archives at chemistryworld.com, and get in touch if there’s any compounds you would like us to cover. Email chemistryworld@rsc.org or tweet @chemistryworld. I’m Ben Valsler, thanks for listening.