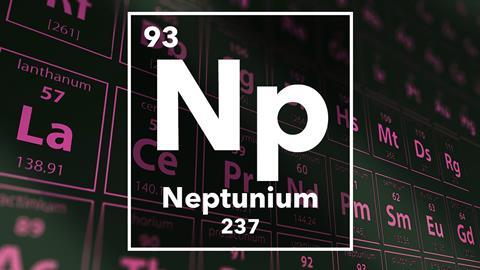 Brian Clegg examines an element that keeps on being renamed

This week, a planetary element that helped create the atomic bomb.

We're so familiar with uranium and plutonium that it's easy to miss that they are named after the seventh and ninth planets of the solar system. (At least, Pluto was the ninth planet until it was stripped of its status in 2006.) Between those planets sits Neptune, and the gap between the two elements leaves a space for their relatively unsung cousin, neptunium – element number 93 in the periodic table.

In June 1940, American physicists Edwin McMillan and Philip Abelson, working at the Berkeley Radiation Laboratory, wrote a paper describing a reaction of uranium that had been discovered when bombarding it with neutrons using a cyclotron particle accelerator. Remarkably, the openly published Berkeley paper would show the first step to overcoming one of the biggest obstacles to building an atomic bomb – a paper published when both sides in the Second World War were searching for a solution to the uranium problem.

The trouble with uranium was that the isotope uranium 235 needed to build a bomb was incredibly difficult to separate from the much less rare uranium 238. They are chemically identical. But if uranium 238 can be encouraged to absorb a slow neutron in a reactor, it becomes the unstable isotope uranium 239. This undergoes the nuclear reaction called beta decay, where a neutron turns into a proton, giving off an electron in the process (for historical reasons, the electron is called a beta particle in such circumstances).

The result of McMillan and Abelson's reaction was the production of a new element, one that had never been seen in nature. By the following year, this element was being called neptunium. But neptunium 239 is also unstable and soon generates another electron, adding a second proton to the nucleus to become plutonium. This was the material that would be used to build the world's first atomic bomb. 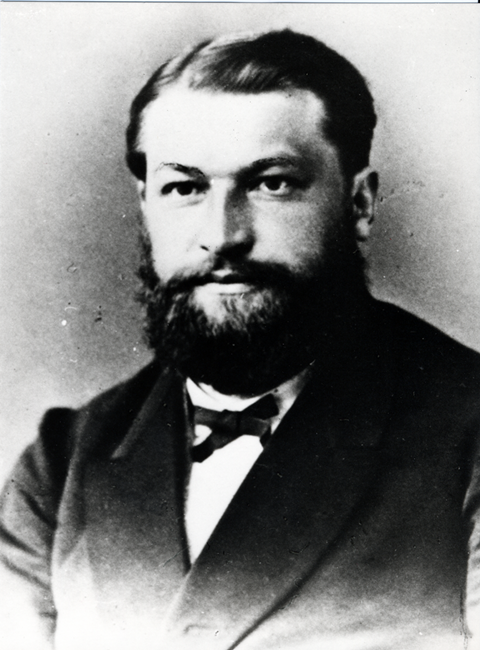 For our purposes, though, the important thing here is that neptunium had been called into existence. It was third time lucky for using this name for an element. In 1877 a German chemist named Hermann had found what he believed was a new element in the mineral tantalite and called it neptunium. Then in 1886, another German, Clemens Winkler, had isolated what we now call germanium and intended to call this neptunium until he discovered Hermann had used the name first. But Hermann's claim was later proved to be a mistake and the neptunium was free again, ready for McMillan and Abelson to deploy.

The real neptunium sits between uranium and plutonium in the actinides, the floating bar on the periodic table that pops out from between radium and lawrencium. A silvery, metallic substance like so many of its neighbours, its most stable form is the isotope neptunium 237 with a half-life – the time it takes for half of the original amount to decay – of over 2 million years, and this is the type of neptunium most likely now to be produced as a by product from nuclear reactors. In the original reaction, though, it was neptunium 239 with a half life of just over 2 days that was formed. 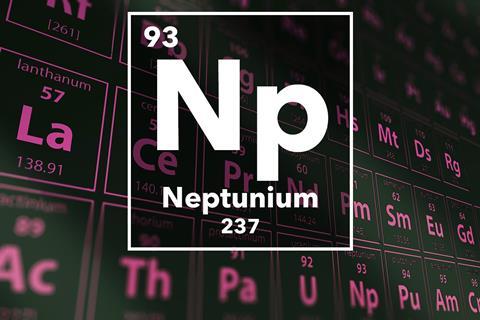 Periodic table of the elements – 93 – Neptunium

Although it wasn't spotted until it had already been made in reactors, neptunium does actually exist in a natural form on the earth, when uranium undergoes the process that takes place in a reactor, capturing a neutron from another uranium atom that has split, and emitting a beta particle to transmute it to neptunium – but this only happens in the tiniest quantities. There's much more neptunium to be found in the average household.

That's because many smoke detectors use alpha particles from the element americium 241 to ionize the air in a detection chamber. The americium gradually converts to neptunium as it decays, though thanks to americium's 432 year half life, there won't be much produced in the lifetime of a detector. 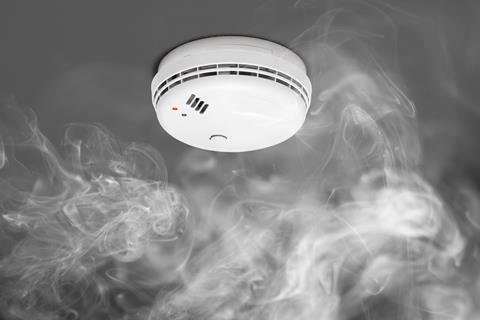 In practice there is very little use for neptunium. The only significant application is in monitors for high energy neutrons, and even here it is rare. In principle, though, it could have a more deadly use. Where the neptunium 239 produced in 1940 was too unstable to use, quickly transforming into plutonium, neptunium 237 would be just fine to make an atomic bomb.

Get enough neptunium 237 together and you've got a nuclear device. The necessary amount to go critical and produce a nuclear explosion is about 60 kilograms. This isn't an impractical quantity. Over 50 tonnes of neptunium is produced as waste from nuclear reactors each year. But neptunium has no particular advantage over plutonium or enriched uranium, so has not been deployed. Even so, because of the risk of it falling into the hands of terrorists or rogue states, neptunium waste has to be treated with the same level of security as the traditional ingredients of atomic bombs.

In the end, neptunium has not proved to be the most useful of elements. When it turns up in a nuclear reactor, or as the end product of the decay of americium in smoke detectors, it is regarded as waste, and it's a particularly long lasting, nasty waste with its immense 2-million-year half-life. But at least neptunium fans can say that it has a name that trumps even New York. Because neptunium was so good they named it thrice.

And so good that it can produce nuclear explosions. That was Brian Clegg with the explosive and long lasting chemistry of neptunium. Now next week an element that likes to avoid the limelight for itself but helps others to get there instead.

There are lots of everyday applications for yttrium compounds. In its compounds yttrium is always present as the yttrium three plus ion, which means that it is colourless and has no unpaired electrons; therefore it does not have any interesting magnetic or spectroscopic properties of its own. The upside of this is that yttrium compounds make very good host materials for other lanthanides. The most familiar application lies in the red phosphor in cathode ray tubes, as used in traditional colour TV sets.

And Simon Cotton will be revealing more of the supporting roles of yttrium in next week's Chemistry in its Element. Until then I'm Meera Senthilingam and thank you for listening.