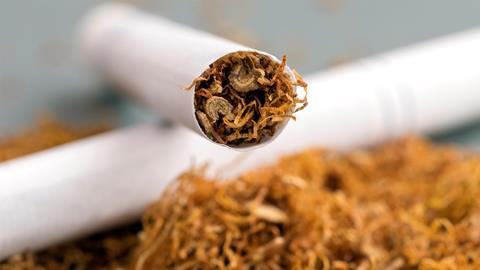 This week, we're all fighting the craving, including royalty. Here's Simon Cotton:

It's not every day you get a King making Health and Safety announcements, but King James I of England clearly hated nicotine. As he said in his 'Counter-blaste to Tobacco' in 1604: 'And surely in my opinion, there cannot be a more base, and yet hurtfull, corruption in a Countrey, then is the vile use (or other abuse) of taking Tobacco in this Kingdome' 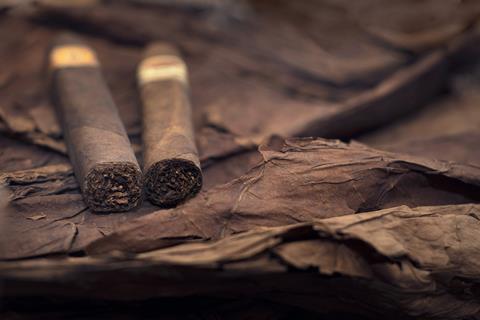 Christopher Columbus was one of the first Europeans to see American Indians smoking and chewing tobacco. He thought that it was a heathen practice. After tobacco came to Europe, most governments agreed. In 17th century Russia, the punishment for smoking was having your lips slit. Two Popes issued Papal bulls against tobacco use. In the end, governments solved their problem by taxing tobacco.

It has been known for over half a century that smoking massively increases the risk of getting lung cancer. But despite that more than a billion people smoke world wide, with around 5 million of those dying of smoking related diseases each year, far more than those killed by heroin or cocaine.

Nicotine does not cause lung cancer, but it is the reason why people find it so hard to give up smoking once they start. A few years ago, a group of health professionals said that nicotine was the most addictive drug, more addictive than methamphetamine, heroin, alcohol, cannabis, LSD, Ecstasy or crack cocaine. This was summed up in a comment by Mark Twain. 'To cease smoking is the easiest thing I ever did. I ought to know, because I've done it a thousand times.' 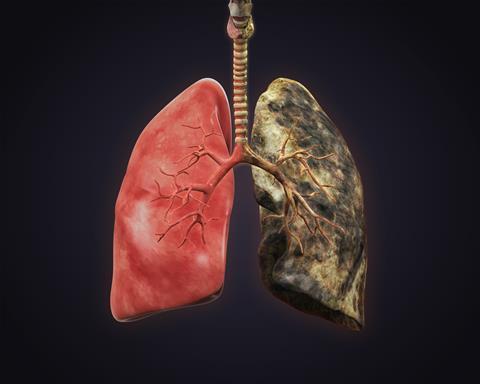 Nicotine is a poison, though. The lethal dose for an adult is about 50 milligrams. Now a cigarette contains less than one fifth that much nicotine, and when it is smoked, a lot of the nicotine is oxidised to other molecules, so maybe only about 1 milligram is taken in by the smoker. The half life of nicotine in the body is about two hours, so smoking should not give the smoker a lethal dose.

Nicotine has been used as an insecticide since the early 18th century, as it is lethal to most insects. Back in the 1930s, an American florist sat on a chair on which some insecticide had been accidentally spilled. It soaked through his trousers and then was absorbed through his skin, leading to nicotine poisoning and a hospital visit. The hospital discharged him after 4 days, but it did not realize how he had been poisoned, and gave him his clothes back; the clothes had been kept sealed in a bag, so to add insult to injury he succumbed to nicotine poisoning again and had to make a second visit to the hospital. The man was lucky though, people have died from absorbing nicotine through their skin. 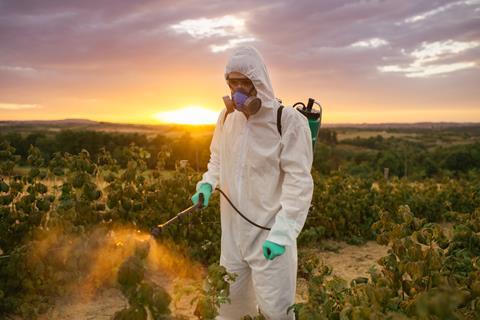 When you take a puff on a cigarette, the nicotine in cigarette smoke is rapidly absorbed by the lungs, and transported in blood to the brain, within 10 seconds. Each puff of the cigarette sends a shot of nicotine to the brain. Because the nicotine reaches the brain so quickly, the smoker comes to link its stimulant effects with smoking; it reinforces smoking behaviour and causes the addiction. The body eliminates nicotine within a couple of hours, so that the user has to smoke repeatedly to avoid withdrawal symptoms.

Once nicotine gets to the brain, it stimulates the release of neurotransmitters, and it is the release of dopamine, a 'reward chemical', that is responsible for the addictive effects of nicotine. 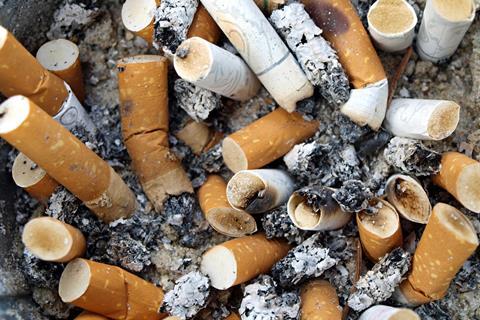 The acetylcholine receptors in muscle have an identical binding site, so that scientists have long wondered why nicotine does not form similar interactions with the receptors in muscle. The reason for this was only reported in 2009. There is a point mutation in the muscular ACh receptors four amino acid residues away from the tryptophan. This affects the shape of the binding pocket that binds acetylcholine, so that there is no cation-pi interaction between nicotine and the tryptophan. The hydrogen bond is weaker too, so that the muscular ACh receptors bind nicotine much more weakly.

Perhaps it would be better if nicotine did bind strongly to these muscular receptors. Dennis Dougherty, the Californian chemist who led the team that made this discovery, commented that 'if nicotine activated the receptor in muscles, humans would probably die instantly from smoking'.

Certainly a dramatic way to end a global habit. That was Uppingham School's Simon Cotton, with the chemistry behind the addictive compound, nicotine. Now, next week, hold your nose, as there are animals breaking wind.

Another contributory factor to atmospheric methane is those cow farts, or to be more precise, belches. Ruminants like cows produce methane because of bacterial action as their stomachs battle to break down their relatively indigestible diet. The output of such livestock worldwide contributes 18 per cent by impact of all greenhouse gas emissions - more than all transport combined. One potential answer to the cow burp problem is the kangaroo, which doesn't produce methane.

And to find out just how kangaroos could be the answer, as well as other sources of methane and the effects of this compound on our environment, join Brian Clegg in next week's Chemistry in its element. Until then, thank you for listening. I'm Meera Senthilingam.