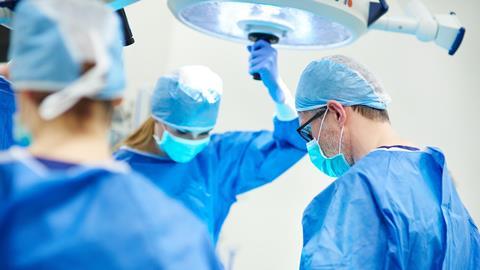 This week, a drug that plays a significant role in modern surgery. Katrina Krämer has dug into the archives and discovered the lengths to which some researchers would go in the hunt for better drugs…

‘A dose of 30 mg given intravenously next produced, within two minutes, complete paralysis of the muscles of the face, neck, limbs, and abdomen, and the subject was unable to open the eyes, move, speak, cough, or swallow. […] For the next two minutes respiration became more and more difficult, and the feelings of the subject can only be described as terrifying. To be conscious yet paralysed and unable to breathe is a very unpleasant experience.’

Thus describes clinical researcher Frederick Prescott his experience of being injected with an early muscle relaxant in his 1946 research paper (apparently before self-experimentation was seen as questionable by major science publishers). The paralysing chemical in question was tubocurarine chloride, one of main ingredients of curare, a South American arrow poison.

The beginning of the 20th century saw the development of several such neuromuscular blocking agents that revolutionised anaesthetic practices and slowly changed general anaesthesia into what we know it as today: a triad of unconsciousness, painlessness and muscle paralysis. 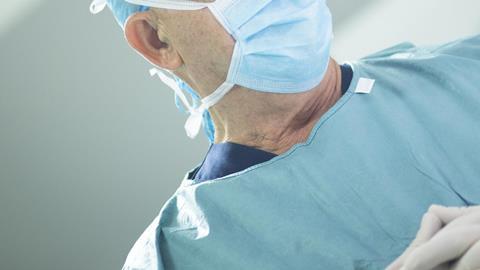 Tubocurarine was effective at producing complete muscle paralysis, but it dangerously lowered patients’ blood pressure – a major disadvantage that eventually removed it from surgical practices. In the 1950s, scientists started to look for alternatives. Realising that tubocurarine’s potency was linked to its structure – two quarternary ammonium groups at a fixed distance at either end of the molecule – chemists started exploring other compounds that fit this bill. In 1964, their efforts produced pancuronium bromide, which bears two methyl piperidinium side groups on either side of a central steroid structure. It was first tried on humans in 1966, and proved to be about ten times as potent as tubocurarine with only minimal side-effects.

During surgery, paralysing the vocal cords allows doctors to introduce a tube through the patient’s airways, which is used to maintain mechanical ventilation. It is also necessary when doing procedures such as open abdominal or eye surgery, which require complete stillness of these parts of the body.

While pancuronium has gone a long way to make surgery more comfortable for the patient, it also has a much more sinister side: as part of a three drug cocktail, the compound is used for lethal injections. Together with the anaesthetic sodium thiopental and the cardiac arrest agent potassium chloride, pancuronium has played its part in over 1000 executions in the United States since 1976. But in mid-2016, the last US-approved pancuronium manufacturer – the pharmaceutical company Pfizer – blocked all further sales of this and other drugs for use in executions. As a result, some US states have resorted to (in some cases illegally) importing lethal injection drugs from abroad or switching to a single drug– usually an high dose of anaesthetic such as pentobarbital.

Pancuronium inhibits the body’s nicotinic acetylcholine receptors, which are responsible for transmitting muscle signals. It not only inhibits conscious muscle movements but also those that our body has set to full automatic mode: breathing and heartbeat. This makes the drug lethal when abused by individuals such as convicted murderer Efren Saldivar, who might have killed as many as 50 patients over an eight-year period while working at a hospital in California from 1989 to 1997.

As a respiratory therapist, Saldivar was familiar with the drug and used it on people he deemed not worthy of being kept alive – terminally ill patients who were unconscious or needed artificial respiration. The police launched an investigation after a colleague spotted syringes and medical supplies in Saldivar’s personal locker, but despite confessing to the murder of 50 patients (a confession he later revoked), investigators could only detain him for 48 hours. They lacked corroborating evidence, such as a telltale change in death rates that correlated to Saldivar’s shift patterns.

The police decided to closely examine the deaths of all 171 patients that passed away while Saldivar was on duty and exhumed 20 bodies in search of conclusive evidence. Investigators eventually found elevated levels of pancuronium in the remains of six victims. Saldivar was arrested in 2001, convicted for the murder of these six patients and given six consecutive life sentences, which he still serves in a California state prison.

That was Katrina Krämer on the paralysing drug pancuronium bromide. Next week, a compound that has a huge variety of medicinal uses, but is all too easily mixed up with a certain X-man’s metallic skeleton…

Tackling flu – or to be precise, the influenza A virus – is just the beginning of the medical capability of adamantane derivatives. As antivirals they have also been used against herpes, hepatitis and HIV. Elsewhere they’ve treated acne, neurasthenia, Alzheimer’s, diabetes and malaria.

Join Brian Clegg to find out more about adamantane – not the fictional adamantium – and how its structure allows it to play diverse medical roles. Until then, let us know if there are any compounds you would like to know more about by emailing chemistryworld@rsc.org or tweeting @chemistryworld. I’m Ben Valsler, thanks for listening.