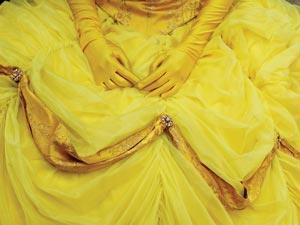 A yellow dress, of the type worn by Jane Austen, sets Michael Freemantle exploring the chemistry of picric acid

Once you start studying chemistry, you see the world differently. Entirely unrelated things can trigger a series of chemical questions, and some won’t rest until they’ve got to the bottom of them. And so it was that a dress once worn by a famous author set Michael Freemantle digging into the history of picric acid.

Jane Austen is one of my favourite novelists, not only because she wrote superb novels, but also because I feel close to her, in a neighbourly sort of way. Her home for 25 years, more than half of her life, was a rectory at Steventon, a small village near Basingstoke. The village is just over three miles from where I’m sitting to write this. It was at Steventon that Jane drafted three of her most important novels: Sense and Sensibility, Pride and Prejudice, and Northanger Abbey. 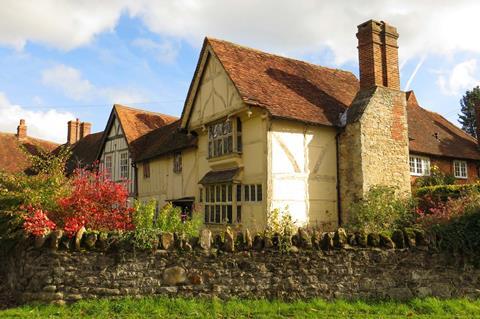 ‘So what’s this got to do with chemistry?’ you may ask. Well let me explain.

Austen died in 1817, at the age of 41. To celebrate Basingstoke’s most famous daughter in the run up to the bicentenary of her death, Hampshire Cultural Trust put some of her artefacts on display at the town’s Willis Museum. The museum is located next to the site of the Assembly Rooms where Jane used to attend dances.

One of the most striking exhibits was a vivid yellow silk evening dress dated 1815. It was the type of dress that Jane might well have worn to the balls she attended at the Assembly Rooms.

It occurred to me that the dye used to colour the silk might possibly have been picric acid, a yellow compound also known as trinitrophenol. After all, Jane was born in 1775. Just four years earlier, Irish chemist Peter Woulfe reported the discovery of the organic acid in a report titled ‘A method of dying wool and silk, of a yellow colour, with indigo.’

On the surface of it, that seems strange. How could indigo, a blue dye, colour fabrics yellow? Woulfe showed how. His report included a recipe for making the yellow dye. It involved mixing an aqueous solution of indigo with what he called ‘spirit of nitre,’ nowadays known as nitric acid. Woulfe had unwittingly prepared the first synthetic dye. He had synthesized picric acid by nitrating indigo.

As I delved into the nature of fabric dyes used in the early 19th century, I soon realised that it was highly unlikely that the dress on display was dyed with picric acid. Until the mid-nineteenth century, virtually all dyes were obtained from natural sources. Yellow dyes were extracted from plants such as weld, the oldest yellow dye plant in the world. The dyes were often mixed with other materials, known as mordants, to ensure the colour did not wash out easily. 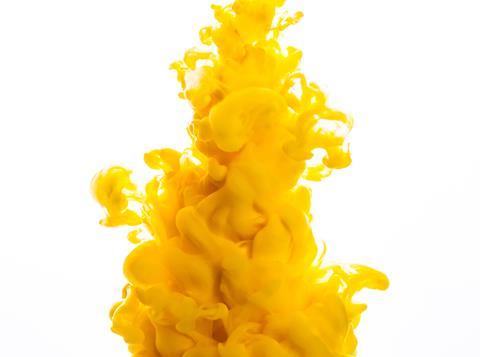 It was not until the 1840s that picric acid became widely used as a yellow dye. From the 1850s onwards, it was usually prepared by the nitration of phenol extracted from coal tar, a product of the coke and coal gas industry.

In 1859, German chemist Friedrich August Kekulé determined the molecular structure of picric acid. Then, in 1885, French chemist François Eugène Turpin patented the use of the acid as a bursting charge for artillery shells.  The explosive was widely used in the first world war. The French called it ‘melinite.’ The British named it ‘lyddite’ after Lydd, the town in Kent where it was manufactured.

The explosive was also largely responsible for one of the worst maritime disasters in history. On December 6, 1917, the French munitions ship Mont-Blanc collided with the Norwegian ship Imo in Halifax Harbour, Nova Scotia. The French ship caught fire, burned for 20 minutes, and then exploded. It was loaded with more than 2,000 tons of picric acid, some 200 tons of other explosives, and 35 tons of fuel. The explosion killed more than 1,900 people and injured a further 9,000. It also devastated a wide area, destroying schools, factories, docks, churches, ships and over 1,600 homes.

But picric acid also had a benign side during the first world war. Medical officers and surgeons used a solution of the acid as an antiseptic when treating wounded soldiers. A report published in the British Medical Journal in August 1915 noted that a one percent solution of picric acid is ‘a useful anodyne for multiple superficial wounds caused by small fragments of high explosive shells or bombs and by dirt and stones which they drive in.’

Nowadays, picric acid has many uses including its use as a component of analytical reagents for testing blood and urine. The acid has therefore proved to be a versatile multipurpose compound and also a classic example of the two sides of chemistry – the destructive side as an explosive and the beneficial side as an antiseptic and analytical reagent.

Michael Freemantle demonstrating how an innocuous object, in this case a yellow dress, can be tied to a rich history of chemical stories. Next week, Kat Arney grabs the bull by the horns.

Although there are no bull-based products in any energy drinks on the market – including the eponymous Red Bull – there’s still a persistent myth that the drink contains traces of the animals’ semen. Ugh gross, and also - just to reiterate – not true.

Join Kat for a high-energy, supercharged Chemistry in its Element next week. Until then, let us know if there’s anything you would like us to cover by tweeting @chemistryworld. I’m Ben Valsler, thanks for listening.