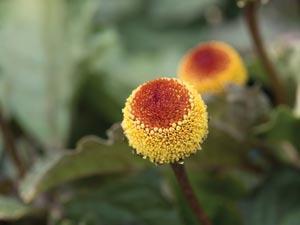 Travelling the world is a great way to discover new sights, sounds, cultures and cuisines – but on a recent trip to Brazil, Jen Newton discovered an unusual compound in Brazilian food & drink…

Last September I took my first trip to Rio de Janeiro in Brazil. It’ll be hard to forget the breathtaking views from Sugarloaf mountain across Ipanema and up to Christ the Redeemer. Or how it felt in football’s holy place, the Maracanã Stadium. But just as vivid in my memory is a food tour across the city. Seven hours of walking between markets and restaurants gave me the opportunity to taste a wide range of local cuisine. I sampled everything from exotic fruits like açaí, jabuticaba and caju, deep fried cod balls called bolinho de bacalhau, a stew called moqueca, and of course a caipirinha or two. The tour’s penultimate eatery was an Amazonia restaurant where we had a traditional north Brazilian soup called tacacá. It was a cassava broth with these extremely salty dried shrimps and a funny green leafy veg that looked just like watercress. Munching on the bitter green stuff set off this unusual tingling and numbing sensation across my mouth followed by a rush of saliva. It wasn’t for me. 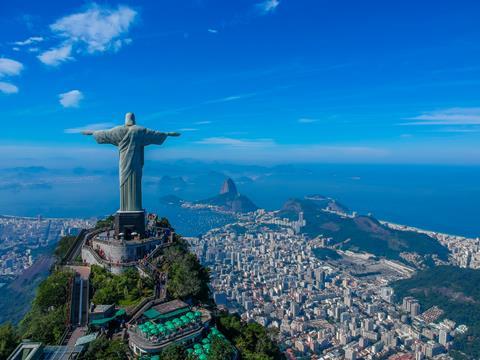 On the way to our final eatery, we paused for a shot of cachaça – Brazil’s national spirit – a liquor distilled from fermented sugar cane. Only this was a special cachaça, flavoured with that green stuff from the soup. ‘Before drinking it,’ our guide said, ‘dip your finger in the glass and rub the liquid around your lips.’ Eugh! There was that numbing feeling again.

Acmella oleracea is the proper name for the leafy green plant flavouring the soup and the shot. It’s an annual herb grown in tropical and sub-tropical regions with pompom-shaped red and yellow flowerheads. It goes by a variety of names including Jambu, the toothache plant, paracress and electric daisies. And the compound behind the unusual effects I described is called spilanthol.

Spilanthol is a branched chain unsaturated aliphatic amide. Its amide and unsaturated fatty acyl are responsible for its odd sensations. Like so many bioactive compounds found in plants, it’s thought to act as a defence molecules for the species that contain it. 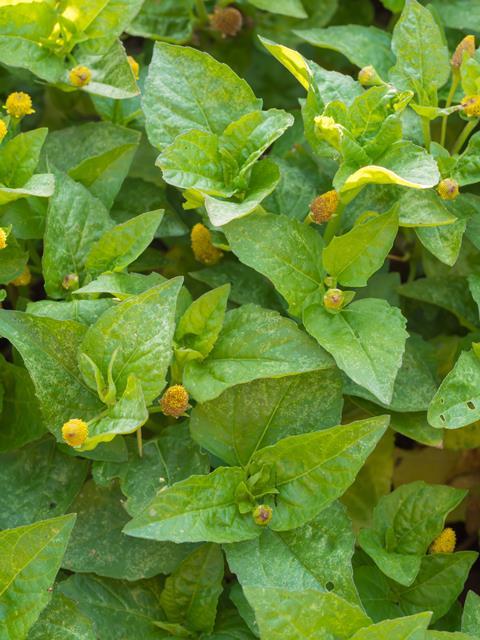 As I said before, Acmella olerace is also known as the toothache plant. Tribal communities across South America and Asia chew on the flower heads to relieve their toothache. Much like another traditional medicine used to deal with toothache, clove oil, scientists believe this anaesthetic effect comes from stimulating a transient receptor potential ion channel present in the mouth.

Although Jambu’s mouth-watering effects weren’t for me, this acquired taste is spreading from its tribal roots in South America and Asia and emerging as a trendy ingredient for chefs, who call its flowers Szechuan buttons – a nod to the numbing effect you get from eating Szechuan peppercorns. Chefs are adding it to everything from dipping salts and sushi to cocktails and sorbets to elevate their dishes.

And it’s not just chefs who are cottoning onto the distinct chemical characteristics of spilanthol. Cosmetic companies are putting it in their anti-wrinkle creams as a needle-free alternative to botox. In principle, the numbing effect of spilanthol reduces muscle contractions so you don’t screw your face up as much, leading to a skin-smoothing effect.

Research is also emerging that demonstrates spilanthol’s larvicidal activity, killing the larvae of mosquitoes including Anopheles albimanus and Aedes aegypti, both common disease vectors. We may soon see spilanthol emerge in the fight against the insects that spread malaria, dengue Yellow fever and, particularly relevant in Brazil, the emerging Zika virus.

Whatever the case, I expect to hear more from this molecule over the coming years. But still, I hope I don’t have to taste it again.

Jen Newton on spilanthol, which sounds like it’ll be hitting the plates of contemporary restaurants any time now. Next week, Michael Freemantle is back with some confusing colour chemistry…

On the surface of it, that seems strange. How could indigo, a blue dye, colour fabrics yellow? Woulfe showed how. His report included a recipe for making the yellow dye. It involved mixing an aqueous solution of indigo with what he called ‘spirit of nitre,’ nowadays known as nitric acid. Woulfe had unwittingly prepared the first synthetic dye.

Join us next week to find out how blue becomes yellow. Until then, send your suggestions for compounds in to chemistryworld@rsc.org, or tweet @chemistryworld. I’m Ben Valsler, thanks for listening.