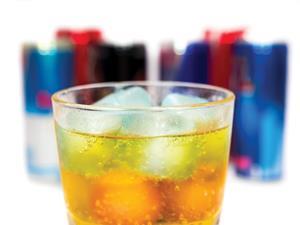 Kat Arney tells us about the active ingredient in energy drinks

This week, Kat Arney grabs the bull by the horns…

Over the past couple of decades it’s been impossible to miss the super-charged rise of energy drinks. Packed with caffeine and sugar, they promise to ‘give you wings’ among other unlikely properties, or at least keep you awake and studying, working, partying or playing – depending on how fun or how unfortunate your current circumstances happen to be. 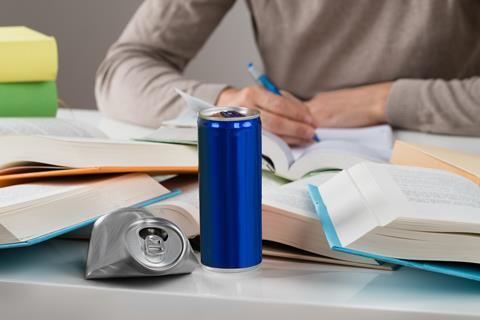 One of the chemicals often found in these life-enhancing liquids is 2-aminoethanesulfonic acid, or taurine as it’s more commonly known. It’s named from the Latin word Taurus, meaning bull, after the fact that it was first discovered in ox bile back in 1827 by the German scientists Friedrich Tiedemann and Leopold Gmelin. Although there are no bull-based products in any energy drinks on the market – including the eponymous Red Bull – there’s still a persistent myth that the drink contains traces of the animals’ semen. Ugh gross, and also - just to reiterate - NOT TRUE. Although it was originally purified from ox bile, and can also be found in cow urine, the tonnes of taurine needed to fuel the energy drinks industry are artificially synthesised through chemical manufacturing processes.

So what is taurine, what does it do, why is it a key component of these energy-in-a-bottle beverages, and are they actually any good for you? In chemical terms, it’s a carbon-based acidic molecule that also contains nitrogen. And unusually for a naturally-occurring biological acid, there’s sulfur in there too.

Taurine is made in the pancreas by a series of chemical reactions known as the cysteine sulfinic acid pathway, starting from the sulfur-containing amino acid cysteine. It’s found in many tissues in humans and other animals, especially in bile – a substance produced by the liver that helps us break down the fat in our food – and in the gut. It’s also found more generally in tissues such as muscles, including those of the meat and fish in our diets (although vegetarians obviously take in less taurine, and strict vegans consume hardly any). 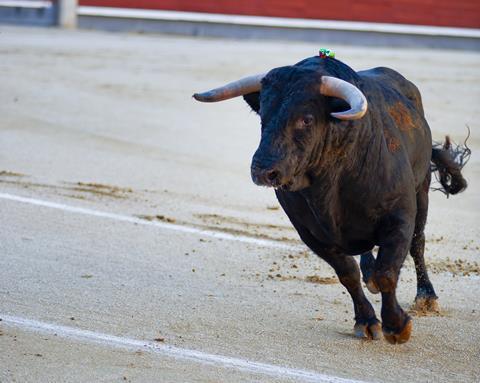 But while an omnivorous diet might bring in less than 500 milligrams of taurine – less than half a gram – a single serving of an energy drink might contain a whole gram or even two. That’s a hefty dose, so let’s take a look at how taurine affects the body, and whether drinking down these kind of amounts might be risky.

Scientific studies suggest that small amounts of taurine are needed for muscles to work properly, and it also seems to be important for keeping the liver healthy, and plays a role in the brain – including a possible role in helping to control body weight. Tests in rats show that it also boosts the heart rate, can cut cholesterol, and may even help to treat people with congestive heart failure – where the heart doesn’t beat strongly enough – by increasing the force of the heart’s muscle contractions, and potentially could help treat other heart conditions too.

But what about the levels found in drinks? Luckily for fans of these energy-boosting beverages, there’s no evidence that the high doses of taurine found in these drinks is harmful. However, what is risky is the caffeine they contain – in some cases, up to 300 milligrams, more than three times the amount in a strong cup of coffee. And high doses of caffeine are definitely associated with jitteriness, heart rhythm problems, seizures and even – in extreme circumstances – death, so that’s a better reason to limit your consumption of the stuff.

So while overall there’s some reasonable evidence suggesting that getting reasonable amounts of taurine in your diet is good for your health, although there’s probably no need to take supplements, especially as humans can make it ourselves. But there’s at least one animal species that definitely does need taurine from outside sources, and that’s cats. Because they lack the enzymes responsible for making taurine, if they don’t get the chemical through their diet, cats can develop a number of health problems, including blindness. So if you’re a cat owner it’s important to make sure your moggy gets some meat or fish, or at least dry food supplemented with taurine to keep them healthy and happy.

Kat Arney on one of the key ingredients in energy drinks: 2-aminoethanesulfonic acid, better known as taurine. Next week, Kiki Sanford is seeing red.

You see, I know that the red discoloration is not from a home hair dye-job gone wrong, but rather likely to be build-up of a common, opportunistically pathogenic microbe known as Serratia marcesens. This and several other species of bacteria produce a red-tinged pigment that stains the moist bathrooms of homes around the world warning us that infectious danger is near.

Find out how a stain on a shower curtain can help to explain the miracle of Bolsena – when communion bread started dripping blood-like liquid – in next week’s Chemistry in its Element podcast. Until then, let us know if there are any compounds you’d like to know more about by tweeting @chemistryworld. I’m Ben Valsler, thanks for joining me.