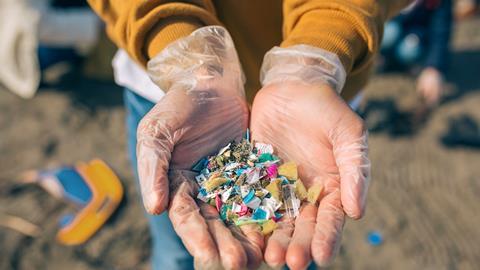 Microplastics, including polypropylene, are present in our oceans, on our beaches and even in bottled water. Ian Robertson investigates the scale and some solutions

This week, we launched our Voices in chemistry collection – working with our partners at Notch Communications, we’ve gathered stories and conversations from people with a diverse range of experiences.

In this Chemistry in its element podcast, we get to hear one of those voices – that of Ian Robertson from PerkinElmer, looking at polypropylene and plastic pollution.

I would imagine everyone is now familiar with the problem of plastic pollution and also the abundance of microplastics in the environment. Sir David Attenborough’s Blue Planet programme on the BBC brought the subject of plastic pollution and microplastics to the public’s attention in a dramatic warning to try to prevent the damage caused to the environment and especially marine species.

Plastic items have been found at the bottom of the Mariana Trench in the Pacific Ocean, approximately 6.8 miles down on the seabed. This is one of the remotest places on the planet. 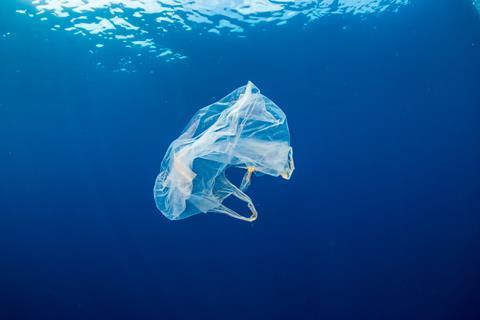 A study by the University of Victoria in Canada estimates that humans are consuming thousands of microplastic particles each year, estimated at 50,000 pieces.

A study by the Medical University of Vienna found microplastics in every sample of human faeces that they studied, providing the greatest evidence that microplastics are present in the human food chain.

All of these studies highlight the problem and the potential risk to humans, although there have actually been very few studies into the impact on humans. Studies have mainly been performed on small marine species and have shown the negative effects of the microplastics.

Almost 20% of microplastic pollution in the Mediterranean Sea was found to be polypropylene, and around 66% of the total was found to be low density polymers, including polyethylenes. 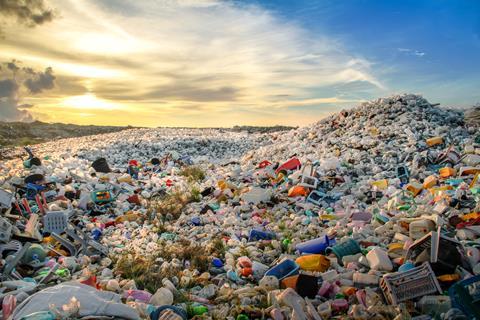 Plastic production has grown 20 fold in the last 50 years and is expected to increase by another 50% by 2040. Global polypropylene production in 2018 was 55.9 million metric tonnes.

Polypropylene has been around since the 1950’s and the catalytic production of polypropylene yielded a Nobel Prize in 1963 for Ziegler and Natta, for using titanium-based catalysts. This did eventually lead to a dispute over who owned the Intellectual Property. Current polypropylene manufacturing uses gas phase reactions over catalytic fluid beds.

One of the driving factors for the growth in demand for polypropylene is its preferential use in packaging materials, driven mainly by the growth of the Chinese and Indian markets. Polypropylene has a series of desirable properties for this market: its low density allows manufacture of lightweight components, its high melting point and high chemical resistance for stability, and it can be manufactured to a wide range of different levels of rigidity, either based on different levels of crystallinity or by the addition of additives. Perhaps the most important property for the environment is that it can be easily recycled.

So, how do polypropylene microparticles get into our waterways, oceans and ultimately into the human food chain? 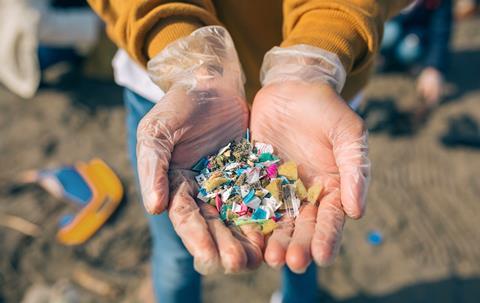 Microplastics are either primary microplastics that are manufactured as microparticles for industrial use, such as in cosmetics. These particles can be washed down the sink into the sewage system but are too small to be filtered out at sewage treatment plants. Or the plastics are secondary microplastics, which are the product of the breakdown of much larger plastic articles. In the seas this breakdown is caused by the heat and UV from the sun and the impact of waves. These microplastics can then be ingested by marine species that are part of the human diet.

In terms of the analytical techniques that have been used for microplastics analysis, FTIR and FTIR microscopy are the most widely adopted. Each type of plastic will have its own infrared spectrum, almost a molecular fingerprint for that material, that will allow detection and identification of the plastic present. Polypropylene has quite a distinctive infrared spectrum. 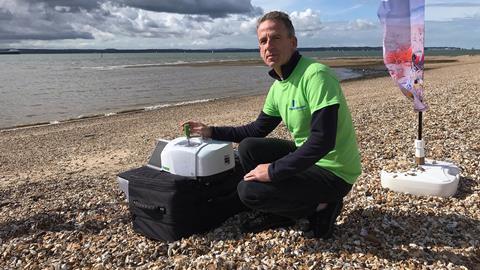 For microplastics in the range 5 millimetres down to a couple of hundred microns, a routine FTIR can be used to measure the spectra. Below 500 microns an FTIR microscope is typically used, down to a limit of a few microns in particle size.

It is clear that the industry predictions are for polypropylene manufacturing volumes to increase. Without radical cultural and structural changes this can only lead to increased microplastic pollution rates. Even if we stopped manufacturing plastics tomorrow, there are still millions of tonnes of plastics in our oceans that will breakdown over tens of years into microplastics.

There will continue to be considerable research into the sources and effects of microplastics and I am sure there will be regular newsworthy stories emerging. Without standardised methods, there is often inconsistency in results obtained. To see if global efforts to get rid of microplastics are successful, it is essential for the experiments to be consistent over time.

Different organisations such as the European Commission’s Joint Research Centre and the JPI Oceans initiative are working to standardise the practices involved in microplastics analysis, all the way from sample collection, through sample treatment of different sample matrices. Also instrumental methods and data reporting.

Instrument companies, such as PerkinElmer, are working with the major organisations to assist with these targets and to try to eliminate the problem of microplastics in the world. There will also be different initiatives for ways of cleaning up the plastics and microplastics in the ocean and the rest of the environment.

I am not sure that the pioneering scientists who first mass produced polypropylene in the 1950s would ever realise the problems it may cause to the environment in the decades after. But you have to ask the question: would they have done anything differently?

That was Ian Robertson from PerkinElmer, read more about his own journey with microplastics in our Voices in chemistry collection.

Next week, Enna Guadalupe and a controversial addiction treatment.

After two years of researching baclofen, Ameisen took the plunge and decided to become his own guinea pig in March 2002. He started taking the drug with little knowledge of its potential side effects or outcomes, saying later in an interview that ‘it was more dignified to die during my own clinical experiment than it was to die of alcoholism.’

Join Enna next time. Until then the usual lines of communication are open – email chemistryworld@rsc.org or tweet @chemistryworld. I’m Ben Valsler, thanks for joining me.