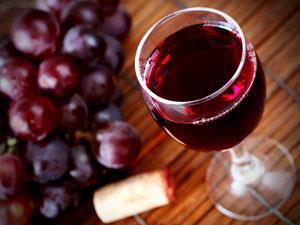 Can a compound in red wine protect against heart attack and cancer? Phillip Broadwith investigates resveratrol

This week, we raise our glasses and enjoy a drink containing a compound that may just be beneficial to our health. Explaining more is Phillip Broadwith…

Every so often, a story comes round in the newspapers about how drinking red wine can cure cancer, prevent heart disease, or make you live longer.

Almost equally often, you might see these claims dismissed as quackery.

These effects and their rebuttals are both usually backed up by some kind of scientific study, aimed at trying to deconvolute the extremely complex effects of diet on health. A classic example is the so-called French paradox. French people have a remarkably low rate of coronary heart disease, despite eating large amounts of saturated fat in the form of butter, cheese, cream and eggs. 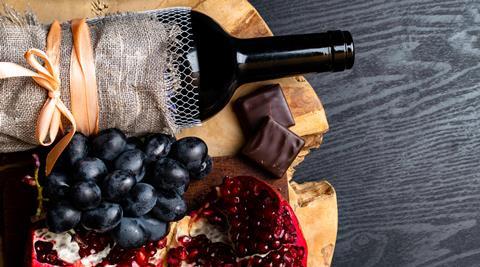 One compound that seems to be picked out more often than others is resveratrol. This relatively innocuous little molecule has come to cause something of a stir across the scientific literature, the internet and the pharmaceutical industry.

In plants that produce resveratrol – obviously grapes, but also the rapaciously invasive Japanese knotweed – it acts as an antifungal, protecting the plant from infection. But its effects on animal (especially human) physiology are much less easy to determine. 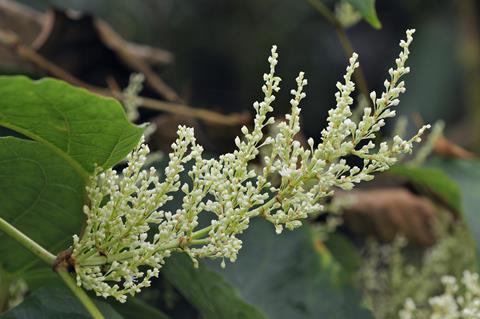 Variousstudies have linked it to a wholeraft of positiveeffects. Protection against heart disease; relieving the symptoms of diabetes; protecting against Alzheimer’s and other neurodegenerative diseases; anti-inflammatory and antiviral effects – the list goes on.

Many of these results are contested, particularly the work of the US surgeon Dipak Das, who was found guilty of 145 counts of data fabrication or falsification in 2012, including his work on resveratrol as a treatment for heart disease. But despite the lack of reliable data on resveratrol’s effects in humans, the compound is still marketed as a dietary health supplement.

But are these supplements effective? Resveratrol can be absorbed quite effectively by the gut – about 70% of a swallowed dose might be absorbed. But enzymes in our livers are extremely efficient at metabolising it, so that only 1% of that same dose would make it into your bloodstream.

That either means that it is either extremely potent, so that the tiny amount that makes it through the metabolic machinery is enough to have a significant physiological effect, or that any benefits are likely due to some other factors. Likewise, in the case of red wine, the small amount of resveratrol present in the wine means that effects attributed to it are most likely down to other factors. 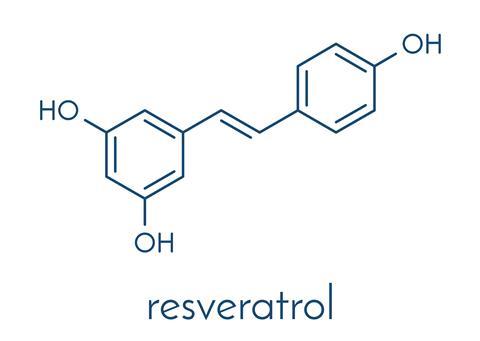 But that hasn’t stopped the pharmaceutical industry from getting interested in resveratrol and other similar molecules. The US-based biotechnology company Sirtris pharmaceuticals was set up in 2004 by David Sinclair, a biologist at Harvard University. The company aimed to develop treatments for type 2 diabetes and other illnesses, by focusing on molecules that interact with a family of enzymes called sirtuins. The company’s lead drug was called SRT-501, but its active ingredient was simply resveratrol.

Sirtris spent a lot of time and money investigating the biochemistry of the sirtuin enzymes, and their claims ignited controversy among researchers in industry and academia alike. But the results were enough to convince pharmaceutical giant GlaxoSmithKline to buy the company in 2008 for $720 million and begin clinical trials.

But in 2010, GSK abandoned clinical trials of SRT-501 against myeloma. The drug wasn’t really proving to be effective, and was causing substantial side effects. In the light of more recent biochemical research, this is not entirely surprising, as it turns out resveratrol is quite promiscuous – it will bind to all sorts of receptors and enzymes in the body, affecting numerous different signalling and metabolic pathways.

GSK is continuing to investigate more selective molecules, which might be effective drugs without the side effects of resveratrol. The question of whether a molecule that targets the sirtuins can ever be selective enough is not one that has a clear answer yet.

Resveratrol’s presence in red wine, and the experimental evidence of its effects (or lack of them) should not deter people from conducting their own (responsible) experiments with French cuisine, including the odd glass or two at home or eating out. Just don’t expect it to make you live longer, or cure diabetes or cancer.

Cheers indeed. That was Chemistry World’s Phillip Broadwith, with the potentially health improving chemistry of resveratrol.  Next week, a widely used compound causing some conflict…

And discover the many uses and chemistry of PVC by joining Brian Clegg in next week’s Chemistry in its Element. Until then, thank you for listening, I’m Meera Senthilingam.