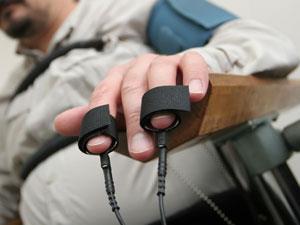 Once thought to extract the truth and now used to enact the ultimate punishment, this week’s compound is sodium thiopental

This week, Matt Gunther reveals why it’s not good to keep secrets.

On 30 January 1973, the director of the Central Intelligence Agency, Richard Helms, made a mistake.  Recognising the incoming tidal wave of the Watergate scandal and its cover-up, he made the somewhat ironic decision to destroy files that may have placed the CIA in disrepute – only for his actions to be exposed in a New York Times feature the following year. 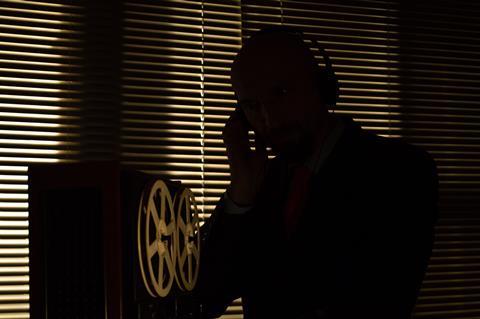 Within the mountain of non-descript manila folders Helms wanted destroyed were details of a clandestine program codenamed MK-ULTRA. Sanctioned by the CIA in 1953, the MK-ULTRA project ran for over two decades – focussing on the development of interrogation methods, ‘brainwashing’ and the desire to create a super soldier. Many of the experiments were performed on unwitting subjects and most of them involved some form of barbiturate to make them more compliant and truthful. Lysergic acid diethylamide (or as it is commonly known – LSD) featured heavily in the program but the CIA’s obsession with extracting the truth from their subjects led them to sodium thiopental and down the rabbit hole of narco-analysis.

Discovered in the 1930s by Ernest Volwiler and Donalee Tabern at Abbott Laboratories, sodium thiopental belongs to the barbiturate family and acts as a neural depressant to inhibit communication between particular neurons in the brain. This mechanism allows the drug to induce drowsiness and sleep, making it ideal as a general anaesthetic. It was first administered on a patient in 1934 by Ralph Waters at the University of Wisconsin but interest was also growing around what this inhibitory effect may have when administered using varying doses.

For a drug developed to establish the truth, its history remains enveloped in dishonesty and deceit

A US Army physician and neurologist, William Bleckwenn, also at the University of Wisconsin discovered that the barbiturates sodium amytal and sodium thiopental could temporarily lower inhibitions in catatonic patients and allow them to carry out simple tasks. Many likened it to a hypnotic state, whereby the drug would trick the subject into radically altering their behaviour.

Initially used to relieve the symptoms of shell shock in US soldiers during the second world war, the drugs proved to be ineffective, soldiers complained thiopental seriously affected their co-ordination and vigilance in the field.

But this did not stop the CIA from using the drug during trials in the MK-ULTRA project. The CIA realised that the drug may be able to ‘hypnotise’ prisoners into providing information on enemy intelligence and to ‘loosen their tongues’. Thiopental was tested alongside psychotropic drugs, such as LSD, to determine whether subjects in a sleep-like state could maintain a series of prescribed lies. Although thiopental proved effective in extracting the truth, it also resulted in subjects becoming incoherent, aggressive and vulnerable to psychotic episodes. 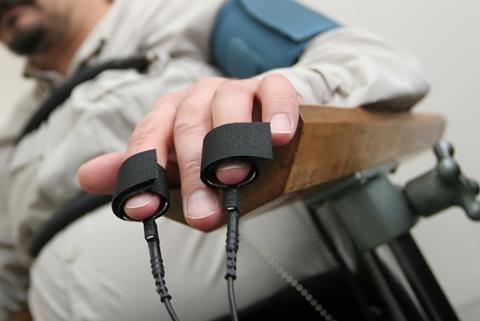 Irrespective of its major shortcomings, the CIA would deploy their ‘truth serum’ in criminal investigations, even though the US Supreme Court ruled that confessions were ‘unconstitutionally coerced’.

Eventually, thiopental was dropped as a drug for use in legal proceedings but the controversial substance is still occasionally called to the stand. During the trial of James Holmes, the defendant accused of carrying out the Aurora shootings in 2012, the judge approved the use of a narcoanalytic interview to determine his mental health in the event that he filed an insanity plea.

Sodium thiopental has not just been used to coerce information from prisoners or defendants though; it is also used to execute them.

The lethal injection was proposed by Jay Chapman, a state medical examiner, in 1977. He suggested that the injection should comprise of three drugs administered sequentially, each having a different purpose. Thiopental would act as the anaesthetic, pancuronium bromide – the paralysing agent – and potassium chloride, which would stop the heart. Despite Chapman’s lack of pharmacological knowledge, the US Government decided that the lethal injection would be the standard procedure for carrying out capital punishment and is now used in 32 states.

Despite its use in state executions today, sodium thiopental is very much a drug of its time – a symbol of the murky and clandestine nature of the cold war. For a drug developed to establish the truth, its history remains enveloped in dishonesty and deceit.

Chemistry World’s Matt Gunther, with the revealing and now fatal chemistry of sodium thiopental. Next week, the chemical battle against depression.

And then came Prozac, followed by other drugs with a similar action, like Zoloft and Paxil, which are selective serotonin reuptake inhibitors, SSRIs. Because they only target serotonin receptors, they have many fewer side effects.

Simon Cotton explains the chemistry behind this improvement in next week’s Chemistry in its Element. Until then, thank you for listening, I’m Meera Senthilingam.