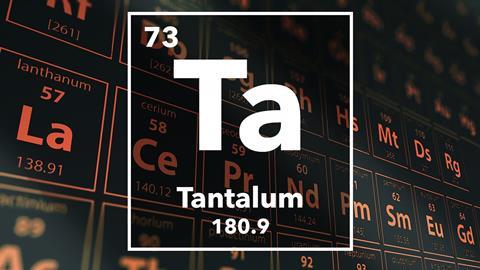 The element that makes modern electronics so easy to lose

This week we put down our portable game stations, stop taking photos and turn off our phones, to give some respect to the element that's helped make our modern lifestyles possible. Here's John Whitfield.

Stop a minute. Check your pockets. Rummage in your bag. Chances are that somewhere in there you'll turn up a mobile phone. Although it might take a few moments, and you might not even be sure where your phone has got to, so light and compact have these ubiquitous devices become.

We've got tantalum to thank for making our mobiles so easy to lose. It's this element that's allowed them to evolve from the house bricks of the nineteen eighties to the Startrek style communicators of the noughties. 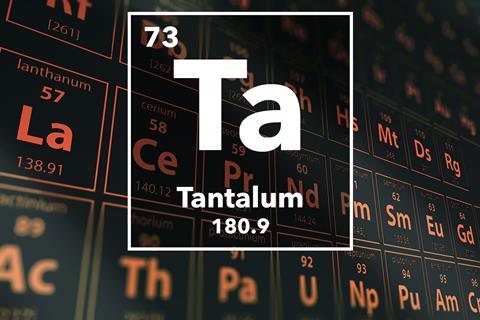 Periodic table of the elements – 73 – Tantalum

A mixture of powdered tantalum and tantalum oxide is used in mobile phone capacitors, components that store electrical charge and control the flow of current. What makes the elements ideal for phones, and other dinky electronic devices, such as handheld game consoles, laptops and digital cameras, is that the metal is extremely good at conducting both heat and electricity, meaning that it can be used in small components that don't crack up under pressure.

Tantalum, you might say, is the strong, silent type. Its properties have made it an element that gets inside things, hidden but influential. 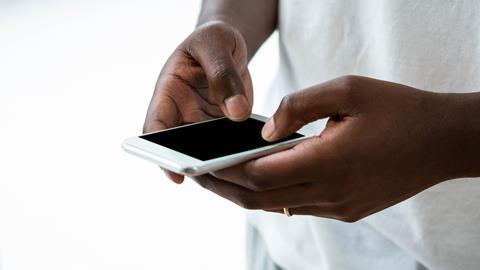 The boom in mobile electronics means that tantalum is now more in demand, and probably more widely known than at any point since it was discovered in 1802. It's also made tantalum one of those raw materials that fuel and provoke conflict, leading to some people talking about 'blood tantalum'.

Tantalum was discovered by the Swedish chemist Anders Ekeberg, who extracted the metal from mineral samples. Tantalus was a king in greek mythology who, after stealing secrets from the gods, was punished by being forced to stand in a pool of water that flowed away from him every time he bent his head to drink. The new metal's refusal to react when immersed in acid reminded Ekeberg of the king's plight.

After Ekeberg's discovery, however, tantalum fell prey to a case of mistaken identity, with many chemists believing that it was one and the same as columbium, another metal described at around the same time.

The two, which have similar chemical properties and nearly always occur together in nature, were not unequivocally shown to be different until the middle of the nineteenth century, when columbium was renamed niobium, after Niobe, the daughter of Tantalus.

Both are rare earth elements. Tantalum now sits below niobium in the periodic table. It has an atomic number of 73, and an atomic weight of just under 181. It always takes a valence of 5, so, for example, its oxide contains two atoms of tantalum and five of oxygen. 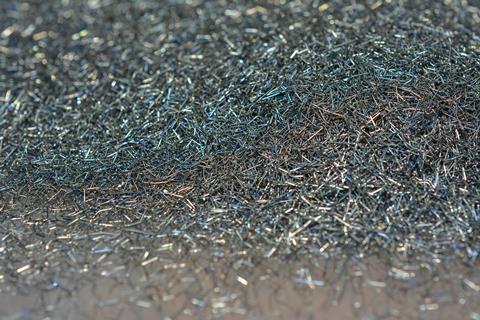 In its pure state, tantalum is a grey-blue metal, which can be polished to a silvery sheen. You can hammer it into sheets, and draw it into wires. And, as Ekeberg discovered, it's tough stuff. Tantalum alloys turn up in hot places such as jet engines and nuclear reactors because the metal's melting point is around 3,000 degrees centigrade – among the metals, only tungsten and rhenium are higher.

Tantalum's chemical inertness has also led to it being used in surgical instruments and implants such as pacemakers – it's neither corroded by body fluids, nor does it irritate living tissue.

One promising medical application is in replacement joints. A layer of metal about 50 micrometres thick is deposited onto a porous carbon skeleton to create a rigid material that has a similar structure to bone itself, meaning that once the new joint is in the body, the patient's bone and soft tissue can bond with and grow into the implant.

Tantalum is relatively rare: it's the fiftieth commonest element in the Earth's crust. There are only 40 miligrams of the stuff in a cell phone, but with there currently being about two phones for every three people on Earth, that's still a lot of tantalum. Last year more than two-and-a-half million kilograms were used, two thirds of that in electronic devices. 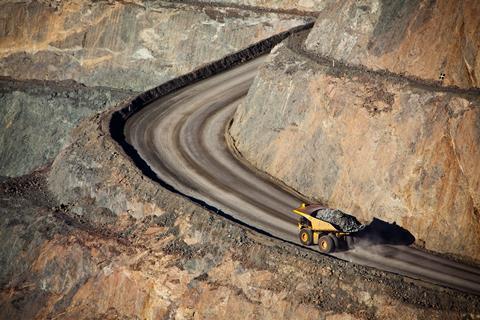 Historically, the most important source of the metal was Australia, but in late 2008, the world's largest mine in western Australia, which had supplied about 30% of the world's total, was mothballed by it's owners, citing slack demand from manufacturers in the global economic downturn, and cheaper sources of the metal elsewhere.

Elsewhere in this case means Central Africa. The Democratic Republic of Congo in particular contains large deposits of a mineral containing a mix of tantalum and niobium compounds, called columbite-tantalite, colloquially known as coltan.

Profits from coltan mining have helped fund the opposing sides in the DRC's appalling civil war, which has killed more than 5 million people since 1998. The country's neighbours have also been accused of smuggling the metal out of the DRC. Human rights groups, and the United Nations, have condemned the trade, meaning that although tantalum might be chemically inert, in the last decade it's become politically explosive.

So an element under political scrutiny due to its wide range of uses in mobile phones, jet engines, nuclear reactors and even replacement joints. That was John Whitfield with the tantalising story of Tantalum. Now next week, we've got an element whose founder is under question.

It was not until the twentieth century before protactinium was first discovered. Of course it depends on what one really means by the discovery of an element. Does it mean somebody realizing that a mineral contains a new element, or does it mean the first time an element is actually isolated? Depending on what choice is made the discovery of protactinium can be assigned to different scientists. And in the case of protactinium there is an even further complication.

So join UCLA's Eric Scerri who will be revealing this complication in next week's Chemistry in its element. Until then I'm Meera Senthilingam and thank you for listening.