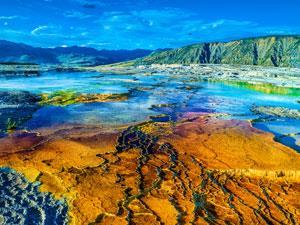 This week, Kat Arney pushes the boundaries of life.

The Yellowstone National Park sprawls across the top corner of the state of Wyoming, in the heart of the United States. Situated on top of a volcanic hotspot, its hot springs and geysers steam and spout with scalding water, heated to just below boiling point – up to 95 degrees Celsius – by the magma below. 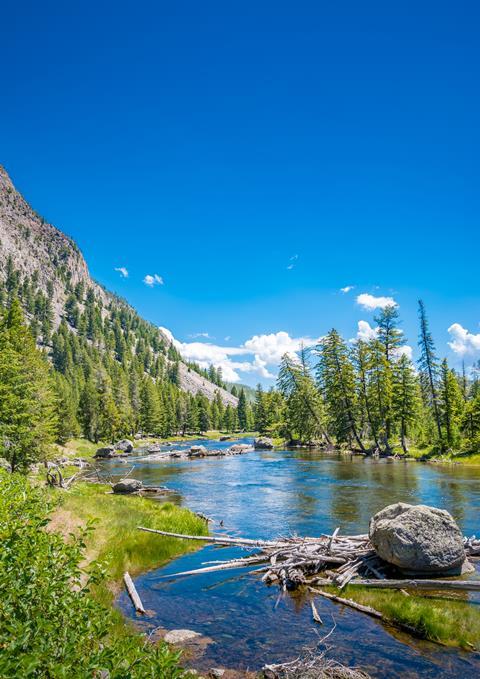 For a long time these inhospitable conditions were thought to be incompatible with life. Because high temperatures affect the structures of vital biological molecules like DNA and proteins, researchers had thought the upper limit for the survival of even the hardiest of bacteria was about 73 degrees Celsius: you can see this in action for yourself by simply frying an egg, watching the gloopy transparent egg white (mostly made of a protein called albumen) transform into a tasty opaque solid mass from the pan’s heat.

The man who challenged the idea that life couldn’t take the heat was biologist Thomas Brock. In the 1960s, he set up a scientific research station in Yellowstone, and set about sampling bacteria in the park’s lakes, springs and geysers. To his surprise, he discovered thin pink threads of bacteria thriving in one of the park’s hot springs at temperatures above 80 degrees – the first organism ever found to be able to withstand such extreme conditions.

He named it Thermus aquaticus – Taq for short – as a nod to the hot water he’d found it in, and started to investigate its unusual properties, finding that it can tolerate being heated right up to boiling point – over 95 degrees – without any ill-effects. But at the time there was little interest in such extreme bugs, and he closed the research station in 1975, depositing a sample of the bacteria in a national bug bank.

Taq’s time came in the early 1980s, thanks to researcher Kary Mullis, who played a key role in a revolution in molecular biology. He’d had a brilliant idea for a new way to amplify a few small pieces of DNA into millions in the lab, so that researchers could study them in more detail or even cut and paste them together to make new molecules. It’s a bit like inventing a photocopying machine for DNA.

The new method, known as the polymerase chain reaction or PCR, works by using an enzyme called DNA polymerase to copy out a DNA template. The reaction is then heated up to 95 degrees to separate the DNA template from the new copy, so everything can begin again and more copies can be made. Because each new copy can also act as a template, the number of pieces of DNA expands exponentially, so it’s a quick way to generate thousands or millions of new pieces of DNA in just a few reaction cycles. 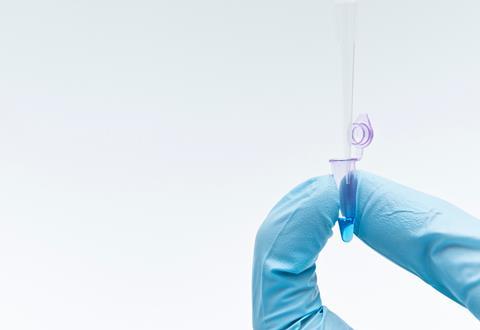 Mullis’ original technique used DNA polymerase from E. coli bacteria that live in the gut, but because they can’t withstand the trip to near boiling point, scientists found they had to add more enzyme in between each heat cycle, which was as wasteful as it was inconvenient. Then Mullis and his colleagues at the Cetus Corporation hit on the idea of using the DNA polymerase from Taq. It’s heat stable due to the chemical bonds within the molecule itself, enabling it to fold up tightly and resist the atomic twisting and shaking that happens as things get heated up. This means it is perfectly happy at the high temperatures required to split apart the newly-formed DNA strand from its template. And the rest is history.

By the early 90s, PCR was being used across virtually every area of molecular biology, and has grown into a multi-billion dollar industry. There are medical and commercial applications too, with the advent of PCR-based DNA fingerprinting to identify criminals or reveal paternity, as well as tests for faulty genes or viral infections like HIV.  The journal Science named Taq polymerase its first ‘Molecule of the Year’ in 1989, and Kary Mullis himself won a Nobel prize in 1993.

Other heat-resistant bugs have since given up their DNA polymerase enzymes in service of molecular biology, and researchers have tweaked them with genetic engineering techniques to make them faster and more accurate. But from its humble roots in Yellowstone’s hot spring, Taq polymerase is the grandfather of them all.

They started looking for an extra deterrent, not just to make it harder for poachers to get to the rhinos, but instead to devalue the horn, so poachers would be less interested in the rhinos in the first place.

Discover the compound providing this loss in value in next week’s Chemistry in its Element. Until then, thank you for listening; I’m Meera Senthilingam.