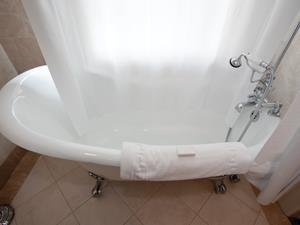 When the communion bread starts secreting blood, could this be the cause?

This week, Kiki Sanford has some spring cleaning to do…

The red stain at the bottom of my shower curtain jumped out at me as I showered this morning. My first thought was, ‘Time to get out the bleach.’

You see, I know that the red discoloration is not from a home hair dye-job gone wrong, but rather likely to be build-up of a common, opportunistically pathogenic microbe known as Serratia marcesens. This and several other species of bacteria produce a red-tinged pigment that stains the moist bathrooms of homes around the world warning us that infectious danger is near. 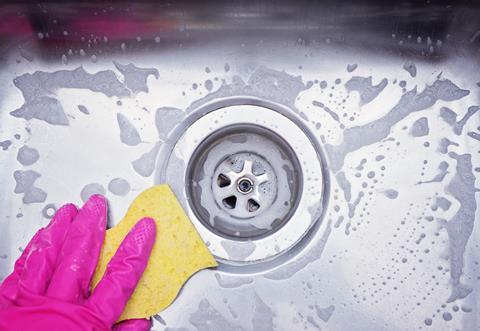 Of course, this pigment, a tri-pyrrolic molecule called prodigiosin, is not actually a warning system. Instead it is a secondary metabolite, a bi-product of the Serratia marcesens metabolism that accumulates as bacterial populations grow and age. Prodigiosin is produced by all the individuals in a population when a threshold level of a specific regulatory protein is attained, in a process called quorum sensing. And, while prodigiosin itself regulates numerous physiological processes in the bacteria, it is not necessary for bacterial survival. In fact, scientists still don’t really understand why bacteria like Serratia started producing  it – it may have something to do with ATP or free-radical regulation – or, whether the red hue serves a particular purpose.

That aside, this little miracle pigment that makes me think of Hermione Granger every time I speak its name has had a major influence on historical events, and stands poised to have an even greater impact on human health.

Back in the year 1263 in Bolsena, Italy, a traveling Catholic priest named Peter of Prague was in the midst of celebrating Mass. Everything was going according to script until he came to the part called the consecration. This is the part of the ceremony in which bread and wine are said to be turned into the flesh and blood of Jesus Christ. This act is called transubstantiation, and some people are very serious about it really, truly happening. But, apparently this priest, Peter, was having issues with its veracity, possibly thinking that it was more symbolic in nature.

Anyway, he went through the usual motions of praying over the communion bread when it suddenly started dripping a red liquid. Some say it was blood that ‘spilled forth’ onto the altar staining the linen cloth that lay there. Needless to say, Peter was a bit distressed, and ended the mass prematurely so that he could go discuss what had happened with the Pope. 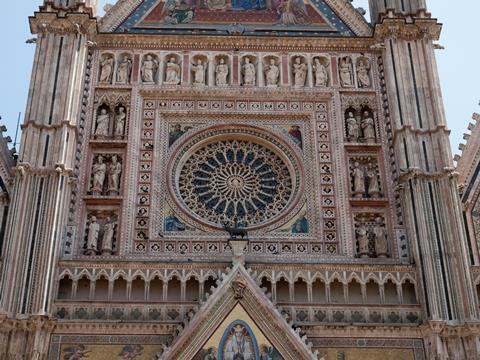 Facade of the Cathedral in Orvieto, Italy

Was transubstantiation proven in front of his own doubting eyes? Did it bring an end to the wavering faith of Peter of Prague? That, we may never know, but the happening was deemed a miracle. In fact, you can see this cloth, the Corporal of Bolsena, with its reddish prodigiosin stains for yourself as it is still kept in the Italian city of Orvieto, and paraded around during the Feast of Corpus Christi.

That said, it was nearly six hundred years before the true nature of the oozing liquid in the Miracle of Bolsena and other similar “bleeding” miracles was revealed thanks to … polenta.

The summer of 1819 in Padua, Italy was described as particularly moist and warm when the mashed corn Antonio Pittarello had stored in the cupboard started bleeding. People became fairly upset, as one would at the sight of a bloody polenta. The police were called, and they convened a committee to investigate.

A few other individuals outside the committee took interest in the “bleeding” polenta, and it was one of these, a young pharmacist named Bartholomeo Bizio who seems to have been the first to describe the red substance not as blood, but rather a type of fungus. He named the newly described organism Serratia marcescens by combining the name of the Italian steamboat inventing physicist Serafino Serrati and a Latin word that means “to decay”.

But, this is a tale about prodigiosin, which is so named because in 1902, a scientist named Kraft extracted the pigment and named it “prodigiosine” after the bacteria he was working with… Bacillus prodigiosus was then the working title of Serratia marcesens.

However, it was several decades before the chemical structure of prodigiosin was unveiled thanks to the hard work of many scientists and the advance of spectrographic, chromatographic, and nuclear magnetic resonance techniques.

Now, we know that prodigiosin is one member of a family of related compounds called prodiginines that all share a similar structure based on three pyrrole rings, but bearing different alkyl substituents. The base structure is made up of two connected pyrrole rings, and a third ring attached via a methene bridge. Interestingly, because the synthesis pathway separately creates the bipyrrole structure from the third ring, there are also related bipyrrole pigment compounds, like one called tambjamine, with similar physiologic capabilities. 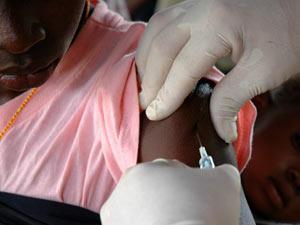 All of these molecules, to one degree or another, are capable of amazing things when applied to human health. Prodiginines are able to induce apoptosis, or cell-death, in cancer cells while leaving healthy cells alone, which makes them very interesting for potential anti-cancer therapy.  They are also potent inhibitors of cell growth and division. So people are investigating their potential as antibacterial agents. Prodiginines are also active against malaria, and have at least helped infected mice live longer lives. Finally, these incredible secondary-metabolites are capable of immunosuppression by reducing T-lymphocyte production, and are being looked at as possible supplementary immunosuppressants to medications that already in use.

Understandably, understanding the synthesis pathways of these compounds is of utmost importance, as is discovering which of these marvelous molecules is best for any particular purpose. For instance, a Portland State University researcher named Kevin Reynolds delved into the world of tambjamines as anti-malarials, and he discovered that they were more effective than prodiginines at protecting mice from malarial infection. His experiments protected the mice for the gold-standard of 28-days with only a single treatment dose. That’s exciting news if they can find a way to get the formulation from the lab to market.

The promise for prodiginines is obvious. Now, we just have to wait to see whether that promise will be fulfilled. But, if history is our guide, the stories yet to be told about the little red prodigiosin pigment will certainly be interesting. And, I still need to bleach my shower.

Kiki Sanford on the miraculous story of prodiginines. Next week, we’ll have a bite to eat with Martha Henriques…

No one is a stranger to hunger, whether it’s a case of mid-morning peckishness or of starvation in a country plagued by famine. But the chemical and physiological causes of our experiences of hunger are multifaceted. The many faces of hunger vary according to when you eat, what you want to eat, whether you’re likely to eat and how much you eat.

Join us around the dinner table for next week’s Chemistry in its Element, where we learn about ghrelin – the hunger-controlling hormone. I’m Ben Valsler, thanks for listening.